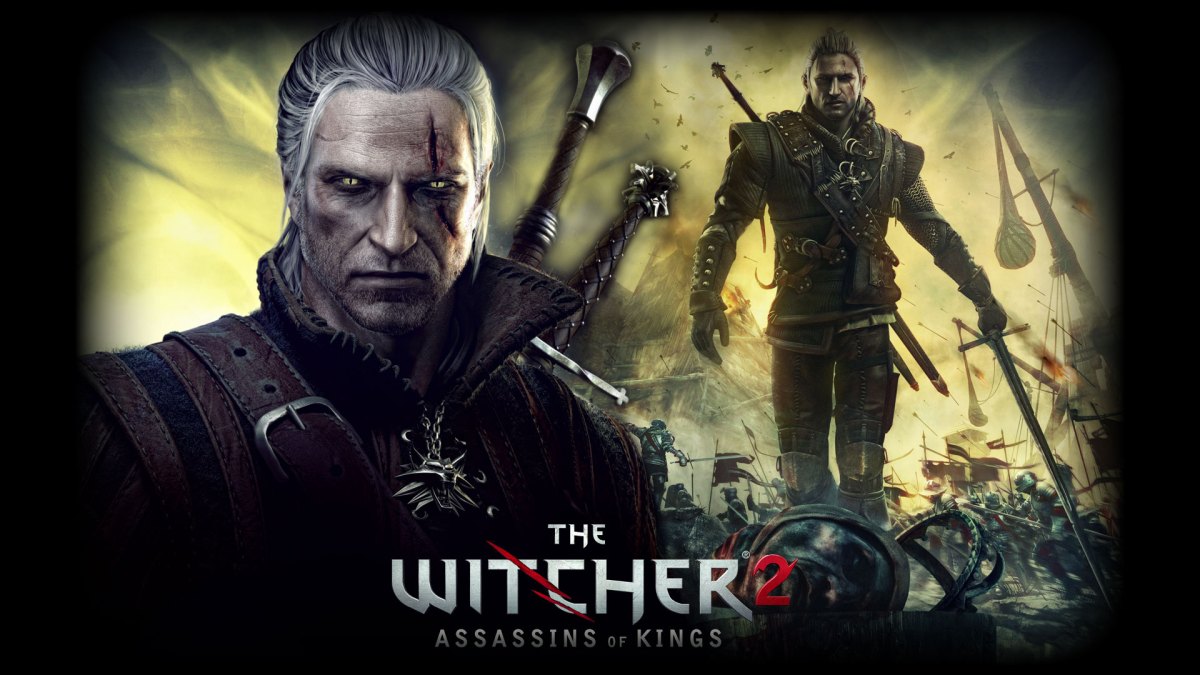 Though it never cultivated the same amount of buzz or fandom as the Dragon Age or Elder Scrolls series, 2007’s The Witcher received critical acclaim and is still one of the better PC fantasy RPGs around. It centers around Geralt and his extraordinary abilities as a witcher, slaying monsters and other high profile targets while traveling through a fantasy realm. So when CD Projekt announced a sequel, fans everywhere watched its development anxiously to see how it would measure up to the original. Cut to 2011, and fans got their answer. The Witcher 2: Assassins of Kings is not only better than the original, it rivals some of the best in the genre…

At the start of the first game, Geralt suffers from memory loss, but gradually learns about his history as a witcher. He finds that people in the world he travels through recognize him from before even though he does not recognize them. Because of this, the gameplay dynamic involves defining complicated relationships within a world already sprawling with political intrigue. 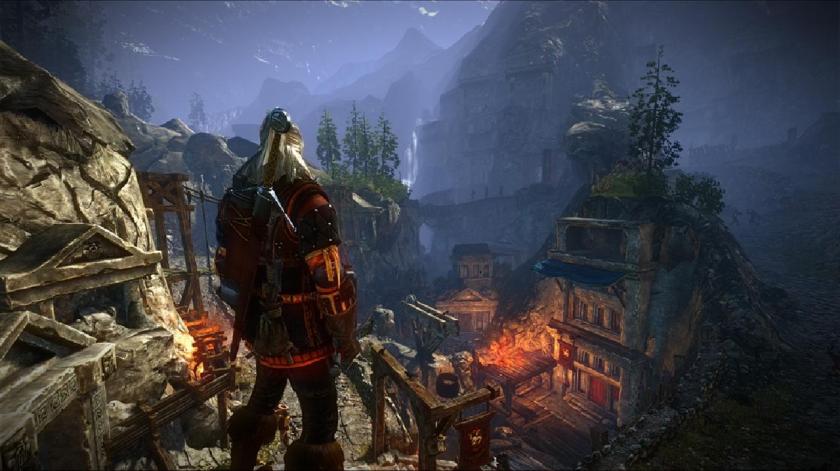 Without giving too much of the plot away (the game is too good to ruin the plot for you), The Witcher 2 picks up pretty much right where the first game left off. While the first game was fairly linear in nature, there now are multiple plot lines in place that lead to multiple endings. In all of them, mysterious assassins play a large part and discovering more about your own identity is a key plot point as well. However, after playing through the large sections of the game I went back to the beginning and made some significantly different choices, only to find out that there were major consequences. I didn’t just receive different items or different quests, I actually felt like being inside a living and breathing universe where choices have rational consequences. It’s part of why The Witcher 2’s story development really shines.

As an example, you have an opportunity to kill a character early on in the game which then makes the escape that follows an andrenaline-filled endeavor. Talking him down, however, results in him joining forces with you later on in the game and not having to escape post-assassination. The game is packed with story branches like this, ranging from the very obvious to the extremely subtle. You’re hardly ever presented with an obvious A and B option, and in the above example you might not even realize you have other options than going for the kill. However, because the game is structered this way you might very well find yourself playing through another 20-30 hour experience a second or third time just to find out “what else might have happened”, and that’s a rare quality in a story-driven game.

I can not sing The Witcher 2’s praises enough when it comes to the story line, but what about gameplay? The game plays like a fairly standard action-oriented RPG, where you do battle with monsters and humans. The most effective way to defeat these foes is to use a silver sword against monsters and a steel one against humans (and here I was thinking the silver thing just applied to vampires), combining your expertise with the sword with your prowess in magic. The combat dynamic is further enhanced by the opportunity to build traps, develop your character and mix and use potions. Swordplay has changed since the first game though, since you now click the mouse for every sword blow.

My biggest gripe with the game, however, is that very same combat system. It can feel unbalanced at times, with odds that are impossible to overcome one moment and a complete joke of a fight the next. Though easy battles work well in propelling the story forward, it gives you a false sense of security and makes those overwhelming fights more frustrating than anything. Don’t let this deter you though, because the rest of the game more than makes up for it.

The Witcher 2: Assassins of Kings features beautiful graphics and artwork. The backdrops, characters and scenery do a perfect job of painting a picture that makes this fantasy story not just immersive, but almost believable. Everything in terms of presentation is spot on, from the visuals right down to the voice acting and the music. I still haven’t played the Dragon Age games, but it’s amazing to see how far fantasy RPGs have come since the days of Diablo 2. All this splendor can come at a price though, since this game demands a powerful pc system to be played at its highest levels of detail. However, even at more modest settings (my video card barely meets the minimal requirements) the game still manages to shine, as evidenced by my fondness of the title.

Also scheduled to be released for console systems later on, be sure to check out The Witcher 2 if you’re a fan of fantasy role playing games. This is a game genre fans can’t afford to miss, and manages to improve over an original game that was already more than impressive. Highly recommended.