Dead Island is back! Sadly, it’s not the full blown sequel Dead Island that we’ve seen at a few gameshows before its developer got dismissed, but it’s a re-release of the original games in a remastered edition, now available for Xbox One, PS4 and PCs. We looked at the Xbox One version. END_OF_DOCUMENT_TOKEN_TO_BE_REPLACED

I still remember the first time I saw Shadow of the Beast. I was in my early teens, and visiting my grandparents. We went over to a family down the street, and when I said I was into videogames I was shown their latest purchase. It was an Amiga, which I had never heard of before then. The same could be said about the game they then started up for me – Shadow of the Beast. I don’t remember seeing much of the actual gameplay, but still remember being very impressed by the game’s graphics and musical score – played through some external speakers (also a first for me). A little later, I finally got the game myself, once it had been ported to the Atari ST. Fast forward to 2016, and there’s a remake/reboot for the 2016.Does it wow as much as the original did? END_OF_DOCUMENT_TOKEN_TO_BE_REPLACED

Despite a troubled development cycle, the Doom reboot has turned a fine shooter. We look at the Xbox One version of iD’s latest. END_OF_DOCUMENT_TOKEN_TO_BE_REPLACED 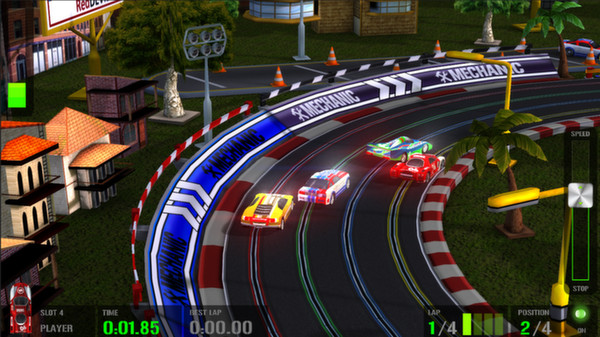 I’m sure not everyone is familiar with the slot car phenomenon, at least not by that name. I myself grew up owning and loving them, even if the fun was often short-lived. The name “slot car” didn’t mean a thing to me though, I just wanted an electronic race track as a little boy. END_OF_DOCUMENT_TOKEN_TO_BE_REPLACED

Looking at the new Ratchet & Clank game from afar, it seems to have a few things going against it. First off, it’s a movie tie-in, and those games generally aren’t received well. It’s also priced at a mode moderate price point, at a little over half the cost of a normal AAA release. That’s also something that’s rarely a good sign from a major publisher. And then there’s the fact that it’s another ‘remake’. Well… despite all that, Ratchet & Clank’s PS4 debut is excellent – here’s our review. END_OF_DOCUMENT_TOKEN_TO_BE_REPLACED