A big departure from the bulk of the comic book-themed movies we’ve seen over the past decade or so, Joker is the origin story of Batman’s archnemesis. Here’s our take on the movie, which has done very well upon launch.

Joker is the story of Arthur Fleck, the man who will later in the movie goes on to become the Joker and who is portrayed by Joaquin Phoenix in this movie. He’s a man haunted by mental issues, social isolation and a lack of (positive) direction in life. Working as a clown to entertain children and to draw people into stores, Arthur starts spiraling into darkness quickly. He’s savagely beaten by strangers twice for no apparent reason, loses his job and he no longer has access to his medications because the funding for it in Gotham gets cut – perhaps a dash at modern society, even though Joker is set a few decades ago.

We also quickly find out that Arthur has a condition that makes him laugh uncontrollably, something that eventually leads to the maniacal cackle we associate with the Joker character. He also has ambitions to become a standup comedian, but it’s painfully obvious he’s not going to get far there. His poor sense of humor is pointed out by his own mother, the awful jokes he writes down in his notebook and the scorn that befalls him when he finally does go onstage and is ridiculed. 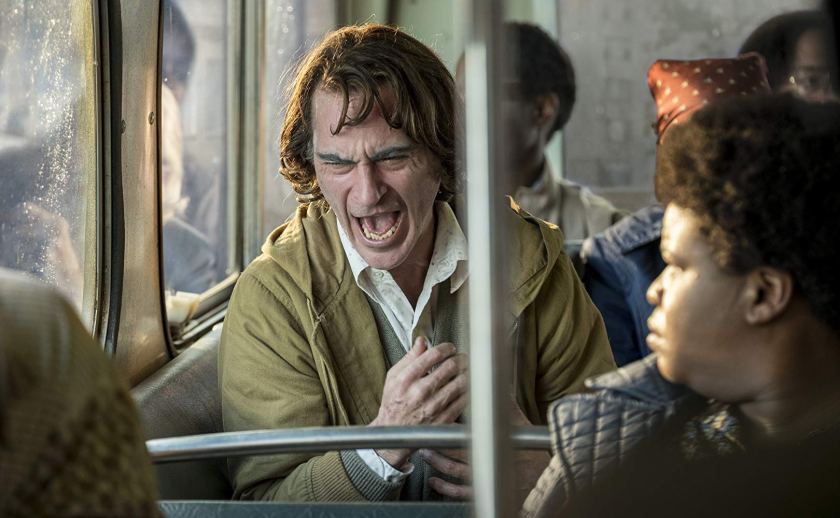 A video of his performance ends up on the ‘tonight show’-like TV program hosted by Murray Franklin, a role by Robert De Niro. After earlier violent incidents, this sets a chain of events in motion that sees Arthur transform into something else entirely – as the humanity that was in him earlier fades away. In earlier scenes we see Fleck portrayed as a kind yet socially very awkward man, but throughout Joker it gets harder and harder to feel sympathy for him and the viewing experience becomes uncomfortable as a result, as we as a viewer have to accept Arthur’s fate is going to be nothing but dark.

Many people will likely remember when the first still photo for Joker was released, showing Phoenix as Arthur Fleck. It felt nothing like any depiction of The Joker people were familiar with, and ultimately it was a smart move – as the plot gradually makes the image of a normal man wither away and make room for Batman’s most famous adversary. Speaking of which, Arthur also encounters a young Bruce Wayne in the movie, as he develops a fascination for his father, Thomas Wayne. In that sense Joker also fits in with Batman’s origins, but the Caped Crusader doesn’t feature in any specific way in this movie. 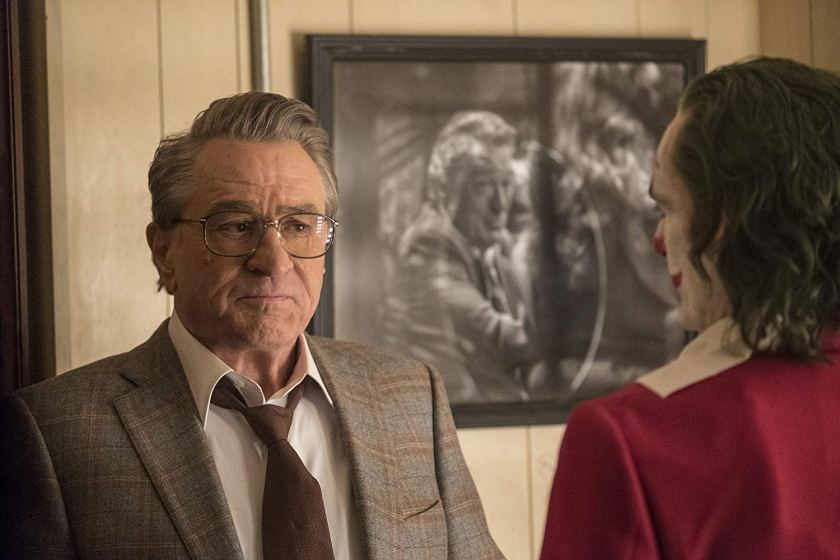 The casting of Joaquin Phoenix was, of course, excellent. The actor naturally has a darkness and awkwardness about him that translates perfectly to the role of Arthur Fleck. There’s a brooding darkness to the character that Phoenix portrays very well, which includes increasingly violent mood swings and erratic behavior. As such, Joker feels more like social commentary and a story about mental illness than it does like a traditional DC Comics movie, offering a real departure from the likes of The Avengers or even DC’s own recent Aquaman movie.

Joaquin Phoenix is easily the person who carries this movie to its expected conclusion, the rest of the supporting cast is mostly just along for the ride. There’s a heavy tone of anti-establishment in the story as well, something we see in some of the confrontations that Arthur has, in the disillusionment of others in Gotham City and most definitely in the final scenes. Earlier in the movie, Thomas Wayne calls those in less fortunate rungs of society clowns – and of course this comes back to haunt Gotham as a whole. Dissatisfaction between people of different social standings is very recognizable these days, and perhaps this is what makes Joker a fascinating yet sometimes uncomfortable watch.