We checked out the Sabre stereo headset from Venom, which is a universal model that will work with any console, handheld, PC or mobile device.

The Sabre wasn’t our first dance with Venom hardware – we previously checked out their Arcade Stick which we will enjoy setting up for a session of retro arcade gaming as it works very well on consoles, PCs or even a homemade miniarcade setup running on a Raspberry Pi system. It’s certainly versatile, and it’s available at a price point that’s a bit below that of brands like Razer or Hori.

Venom’s stereo headset is similar in that sense. It offers multi-platform compatibility and all the basic functionality that you could want from a headset, but it’s roughly half the price of some of the other basic stereo headsets out there, with very little being sacrificed in terms of quality. 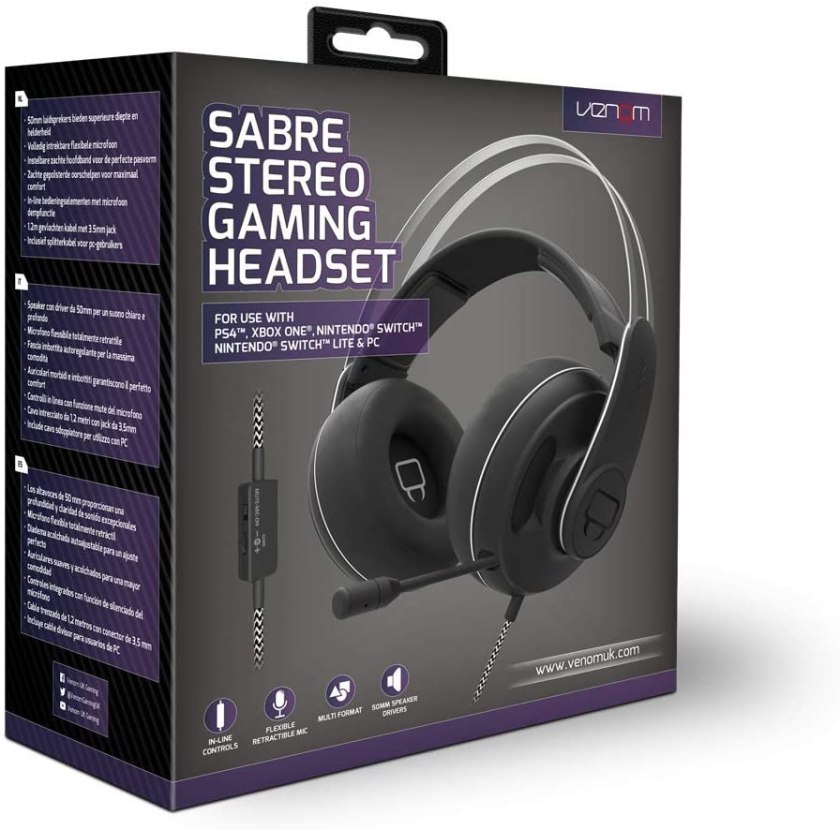 The headset comes with a 1.2m long cable that plugs into any normal stereo socket, but if you’re running a PC setup with separate sockets for mic and headphones then Venom provides an extension cord that also splits the cable into two jacks for you. Not only does this enhance compatibility, it also makes sure the (extended) cable is long enough to comfortably fit in the back or your PC.

Visually, a striking feature of the Sabre headset is the metal frame at the top of the headband, reminding us of the excellent Razer Nari and other headsets that use a similar feature. This frame doesn’t rest on your head, as the headset automatically adjusts to the size of your head thanks to the flexible band that sits below the frame. Because of this, this is one of the few gaming headsets that fits comfortably on an adult’s head while at the same time being a good option for children if you’re not in the mood to hear that Switch audio for a bit.

Speaking of comfort, the soft cushions on the earcups are very pleasant to wear, fitting nicely over the ears while never giving you that sense that they’re clamping your head too tightly – even during longer sessions. If it’s comfort you’re looking for, the Sabre is without a doubt an excellent choice in its budget range and even gives a lot of more expensive models a run for their money. 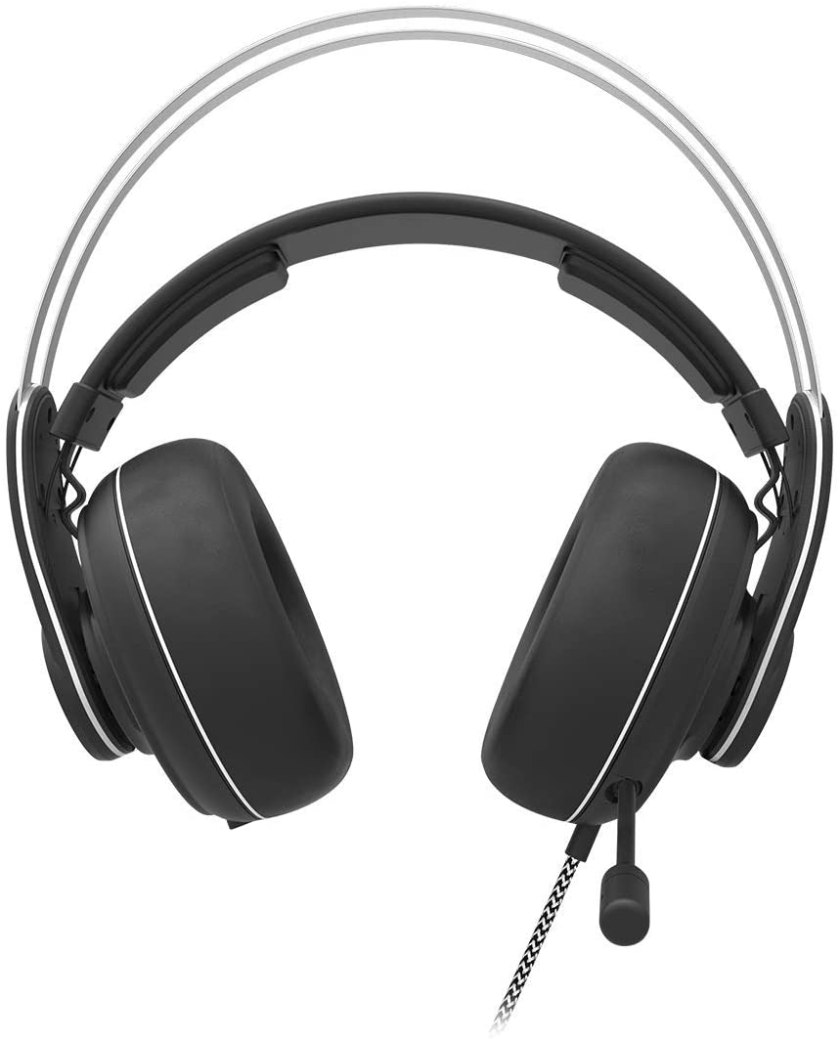 Despite being so comfortable, the Sabre is still a budget headset – but there are only a few telltale signs of this. The muting and volume controls on the cable are nice to have, but have a cheap/plastic feel to them. The microphone isn’t great either, because although it’s visually pleasing the audio quality isn’t as good as what you’d get in other headsets – though of course still fine for one of those Zoom/Skype sessions you might have. It’s non-removable, but you push and pull it in and out of the left earcup.

The most important part of any headset, however, is the sound. With 50mm drivers, the Sabre certainly doesn’t disappoint. They’re not up there with the Sennheisers of this world in terms of richness when listening to music, but deliver plenty of oomph during gaming sessions and never sound flat.

If may not offer surround sound or wireless capability, but if you’re in the market for a budget headset with decent sound and an excellent level of comfort then the Venom Sabre is a solid choice.