With the holiday season quickly approaching, it’s also the time for gift-giving, and one of the standout items we’ve seen these months is the new version of the Jooki music player – a screen-free option for younger kids to enjoy and play with.

The original Jooki music player successfully went through a Kickstarter campaign a few years ago, but despite its critically acclaimed first model we never went hands on with it until now – with a brand new version that’s launching with a slightly revamped visual design and Spotify support.

As you’d expect from a screen-free device, the user interface is extremely simple to use, and we prefer the new design over the old one by quite a bit. Where the old interface looked a bit like an enlarged version of a tiny MP3 player interface, the new design features more distinct buttons. They have different shapes and sizes, and a white and orange color scheme that makes it easy to tell them apart. While the old design was square, the new Jooki is rectangular and kids can intuitively tell which side is up, making for an improved user experience. 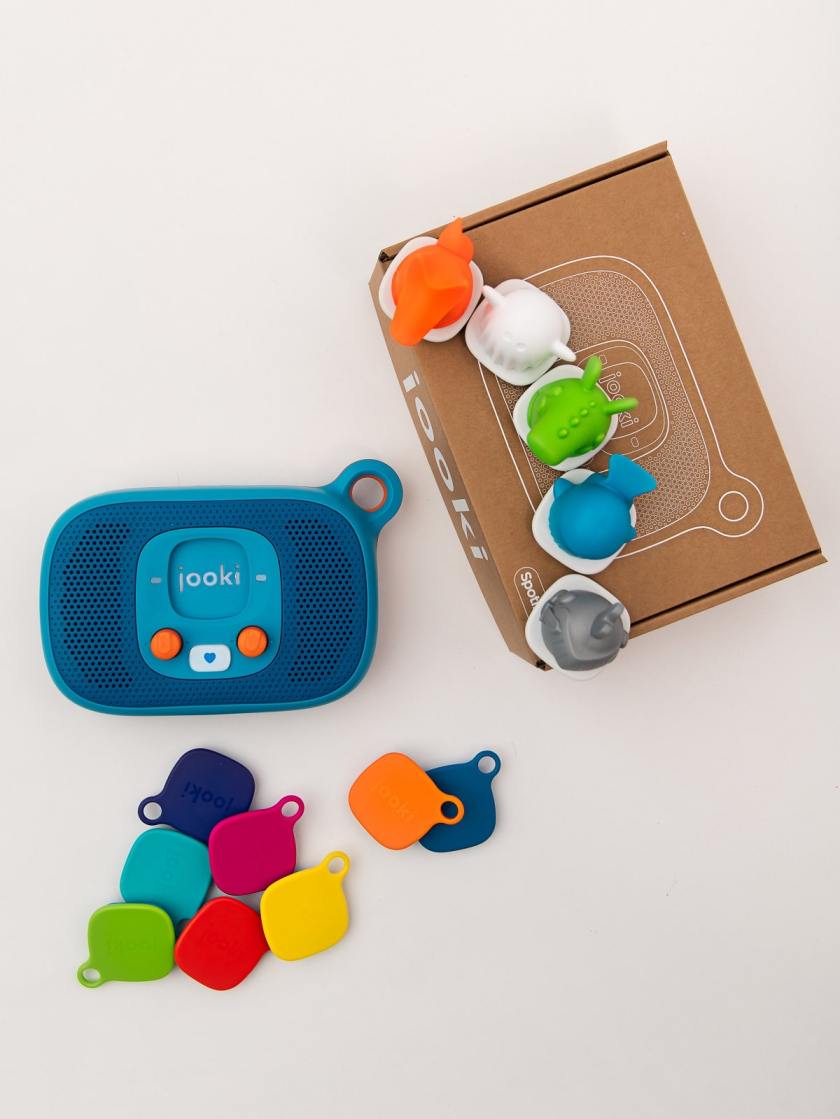 That experience starts with the parents and how easy the Jooki is to set up for them, as it’s not a device that will work as intended right out of the box. There are a few (royalty-free) tracks included with the player, but don’t expect to have any of your kid’s favorite songs or audiobooks playing without putting in a little work first. Luckily, setting everything up isn’t hard to do.

The longest step in the setup process is charging the player with the included (USB-C) cable, which when completed gives you about eight hours of playing time. We found that using Wi-Fi streaming or higher volume levels only marginally affected this, so about one or two charges per week should suffice for most people and after the initial setup that’s about all you need to do with it.

Setting up the player with (new) content starts by installing the associated app, which pairs itself with the speaker and then sets it up on your Wi-Fi network of choice. If there’s a firmware update available you can and should install that as well, and while this can make the initial setup take a while it was mostly a hassle-free process. Most of us are experienced in setting devices set up over a wireless network and through bluetooth though, so if you’re not comfortable doing that then you might want to check out the online FAQs first or reach out to Jooki’s support team. 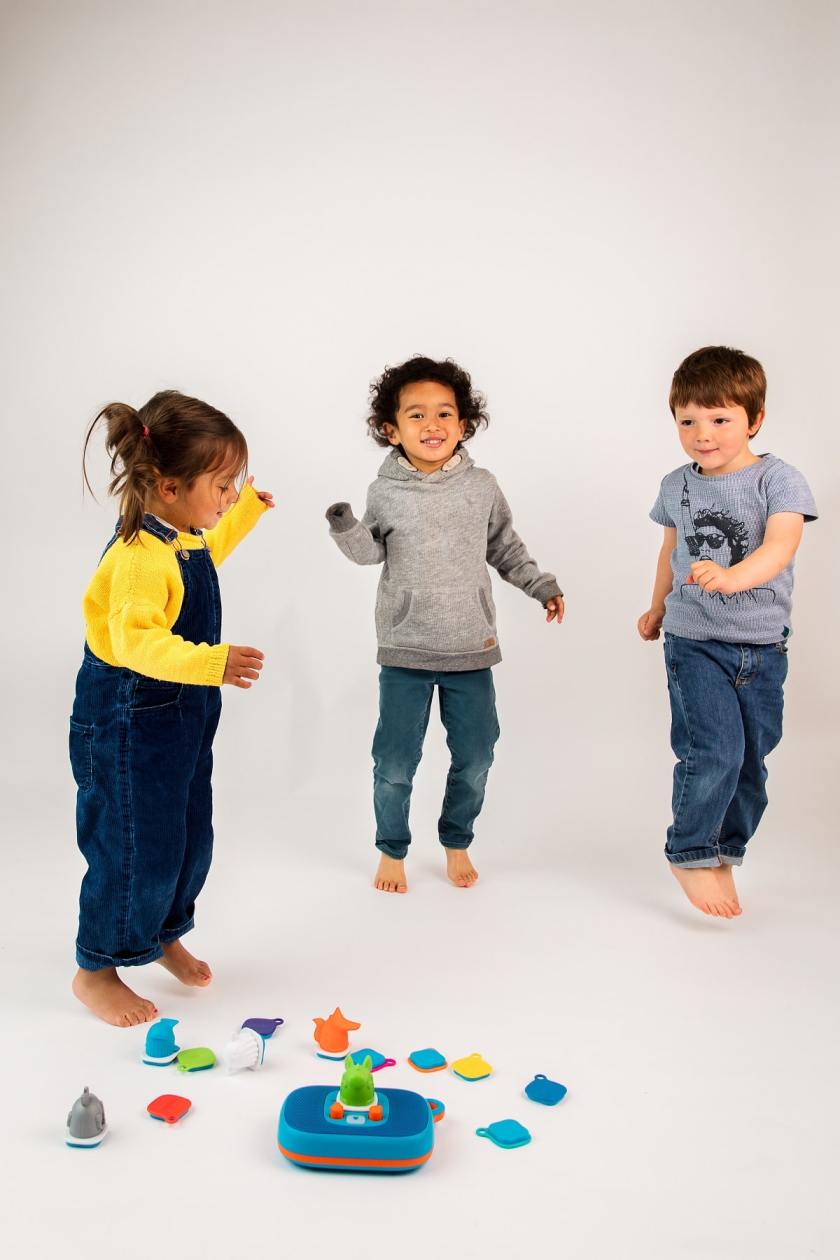 Once set up, you can add a Spotify account to the Jooki – though a Premium account is recommended so you can listen ad-free and have more control over the content. We also found that Spotify works best as an in-home solution and if you’re planning on taking the speaker with you then you’re better off loading up the device with your own music and audio files. With 5GB of internal storage space available to you, it’s unlikely that you’ll run out of space any time soon.

Whatever method/source you use, what you’ll want to do is organize your audio into playlists – and physical tokens act as such for your child. They can place a token on the speaker, after which the associated playlist will start playing. Then can then easily change the volume or go to the previous/next track, or change to a different playlist by exchanging the token with another one. Our Jooki came with two color-coded tokens, so we quickly reserved one of them for audiobooks and another for music, but you can set them up any way you like. You can also buy more tokens, or buy a package that includes animal figurines you can use instead of the flat tokens. They’re a bit bulkier, but feel like they’d be more “fun” for kids so it’s a shame they’re not included with every Jooki speaker.

The build quality of the Jooki speaker is excellent, which is important when you consider the target group and the fact that it’s likely to get banged about quite a bit. It’s lightweight yet sturdy, and the tokens have a nice tight fit with the player once inserted. The tokens and player seem designed to be attached to a strap as well, which seems like a good thing when you consider how often toys go missing in a household with 2 to 6 year olds running around – though said strap isn’t included. 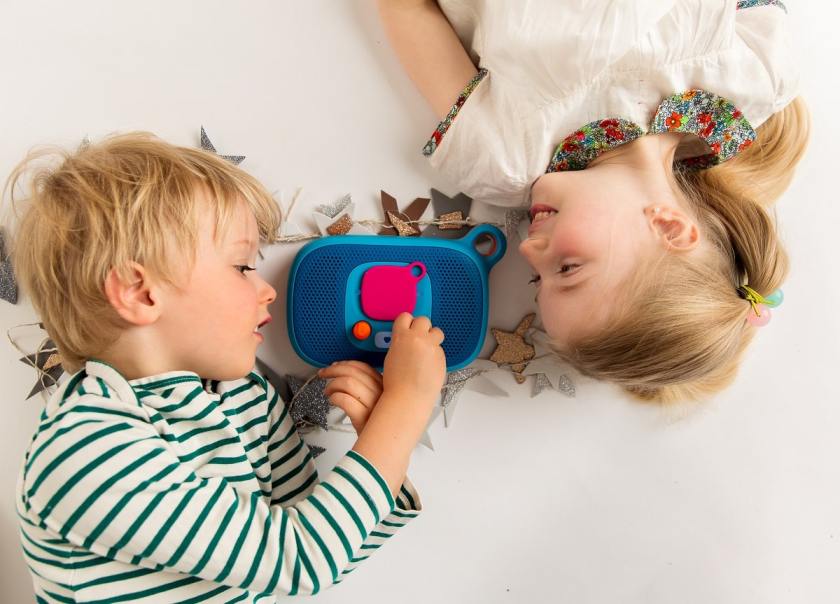 What’s a shame about the new Jooki design is that it no longer has a headphone jack next to the USB connector – though an adapter is expected to launch soon. For travel use, this feels like a bit of an oversight, as having to add an adapter is almost always more cumbersome (and expensive) than a built-in solution.

Most will want to use the Jooki in their home environment without headphones though, and the audio quality is quite good – something often overlooked in a product geared towards children. With enough tokens, you could even use it as a speaker for the entire family, where everyone gets their own playlist.

The biggest benefit, however, is that the Jooki gets kids away from smartphone/tablet screens and gives them the freedom to listen to music and stories that are well-suited to their needs without you having to worry which Youtube clips they’re watching. In that sense, this is a potential holiday gift that benefits both the kids and their parents, and as they move on from kid-friendly content to top 40 tracks, you can set up the Jooki to move along with them as well.