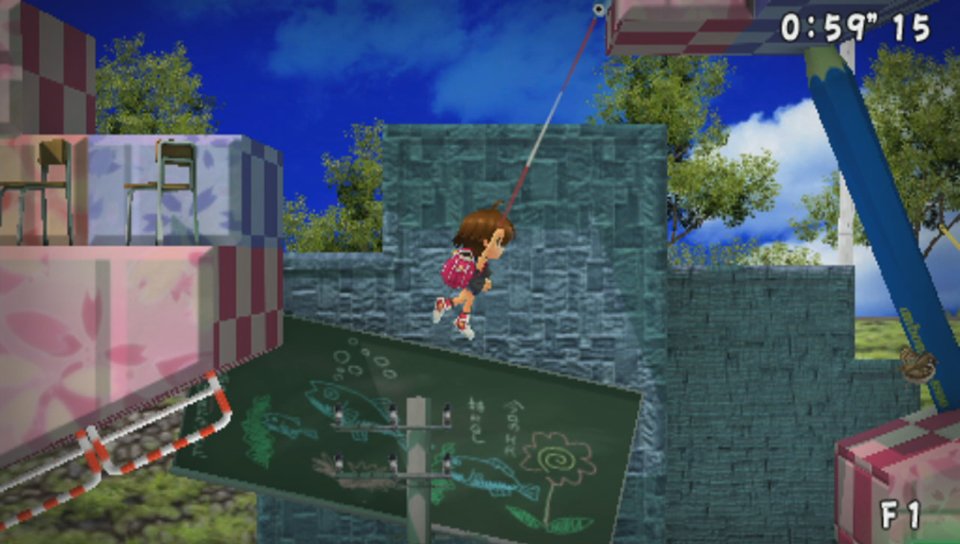 Possibly the hardest title to memorize out of all the games we’ve ever reviewed, Sayonara UmiharaKawase + comes to the Vita platform 20 years after the series first started.

Update: those without a Vita can now also play Sayonara UmiharaKawase on a PC with Steam – it came out in October of 2015 an is feature-identical to the Vita version reviewed below. And thus – just as good.

Sayonara UmiharaKawase + makes us really glad there is such a thing as digital distribution. Imagine going into a retail store and having to ask a store clerk for that title – yikes. All kidding aside though, it’s digital distribution that has made it possible for this game to appear in western territories some 20 years after the first game in the series appeared in Japan. Despite its very distinct and very Japanese-sounding name, we wonder why exactly.

Our surprise is because despite the game’s obvious platforming roots, its twist is as refreshing as it must have been 20 years ago. Its premise… probably just as weird as it was 20 years ago as well. You play the role of Umihara, a 20 year old sushi chef on a quest to find ingredients for her favorite recipes – traversing a bizarre world with giant and sometimes mutated fish. Besides the basics – walking, climbing and jumping – Umihara is able to use her fish lure in amazingly creative and acrobat ways to move around.

In earlier levels this is limited to attaching the lure to ceilings and walls to allow you to travel down to underlying platforms and jump across chasms, but things quickly become more difficult. Physics and timing play an increasingly large role here, with some puzzles requiring intricate movement and timing sequences in order to get to the exit safely. A lot has to do with momentum, reeling in your lure at the exact right time to allow yourself to be catapulted up in the air or swung around a platform only to end up on top of it… exactly where you want to be. 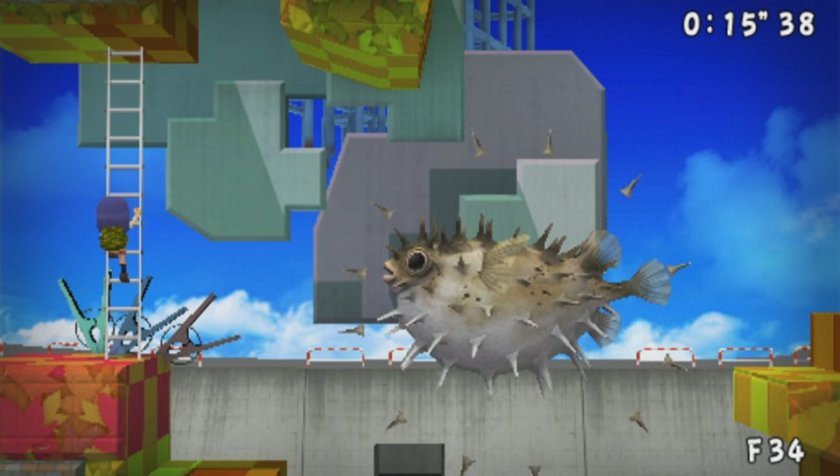 It’s a gameplay mechanic that lends itself to moments of frustration as well as moment of joy and satisfaction when you string a perfect sequence of moves together and beat your best time for a certain level. Quite often, however, you’ll find yourself trying again and again – and switching between d-pad and thumbstick controls can help in this case, especially when it comes to diagonal jumps and fish lure shots. The game can still be unforgiving and frustrating, but rarely to the point of losing that “one more try” feeling.

Helping you in your quest are two additional characters: Emiko and Yokoyama. Both use the same basic gameplay dynamic, but add different skills to the mix. Emiko enables a system where you are given a single retry per level, and Yokoyama gives you the ability to slow down time to allow you to time your jumps and shots with a little more precision. Throughout all of the game’s levels and characters, your fish lure is your key to success – and while it may be reminiscent of Bionic Commando’s grappling hook, this is an entirely different game.

Firmly focusing on platform puzzling acrobatics and the role of physics and momentum, we loved playing Sayonara UmiharaKawase +. Its visual style is distinctly ‘retro’ despite a 2.5D upgrade, at the risk of sometimes looking a bit too colorful and cluttered. The game doesn’t push the Vita to its limits, but we’re hoping that a successful Western launch will eventually result in future adventures reaching our shores. For an even more retro-inspired experience, the original game is included as a bonus as well – we’re going to check that out next, right after we beat some of our best level times.