The Playstation 4 release of Arizona Sunshine by Vertigo Games recently received a major patch aimed at fixing some of the problems it had a launch. A perfect time for us to see if the game now lives up to its promise.

When announced for Playstation VR, Arizona Sunshine immediately shot to the top of our “most anticipated titles” list. It had been out on Steam (for Oculus and the Vive) for a while and had been extremely well received there. It was also going to be one of the few “full” games on the Playstation VR, comparable in length and content to a lot of non-VR titles. The initial critical reaction to Arizona Sunshine’s PSVR debut was lackluster though, with many outlets citing technical problems as the main issue.

Vertigo has now (at least partly) remedied these issues, and we have to say that we’re impressed with their zombie apocalypse shooter despite some of the limitations that come with the Playstation VR platform. Part of that is the impressive amount of content that comes with the game, where the campaign mode is the one we spent most of our time with. As zombie inspired games and movies go, Arizona Sunshine is low on suspense and story but high on action and adrenaline. 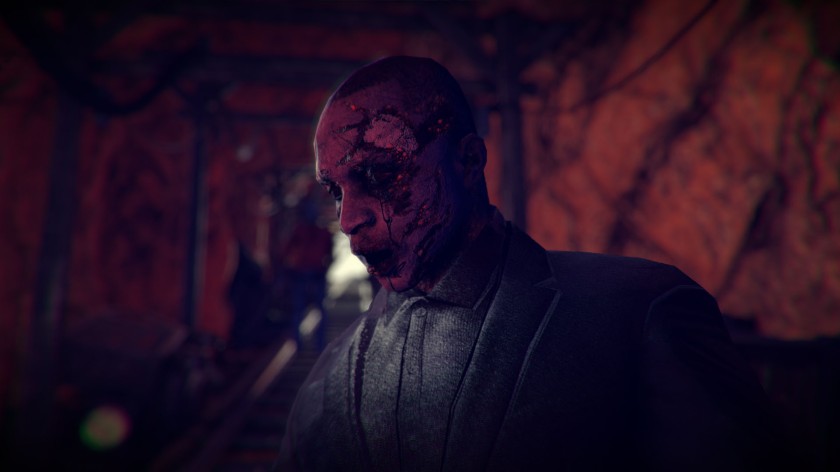 Essentially built up out of individual missions, a story about your hope to find other human survivors in the Arizona desert blends everything together. It’s not as integral a story as what we previously saw in Resident Evil though, which also translates to how one experiences the game. In Resident Evil, you’re often hiding, often running away, and often scared. In Arizona Sunshine there’s none of that – apart from maybe a scene inside a dark mine – and you’re constantly reaching for your weapons instead. There’s nothing wrong with that by the way, but it’s a very different kind of game – closer to House of the Dead than to Resident Evil, even though this is a not an on-rail shooter.

In fact, Arizona Sunshine offers you full freedom of movement, but it really depends on your setup if that’s the mode you’re going to want to choose. The game offers numerous ways of controlling it, and playing with two move controllers isn’t the best choice if you want to be able to run around. Instead, you’ll probably want to teleport to fixed locations and then dual wield your weapons as you mow down zombies around you, using a press of a button to spin around 180 degrees. It turns the game into a zombie-themed wave shooter, but with enemies coming at you from all sides.

If you have an Aim controller, however, Arizona Sunshine turns into something a little bit different. No longer able to dual wield but with the added advantage of a more natural way of moving around, the experience is suddenly much more immersive – and in my opinion more fun. I’ve read a lot about gamers having trouble with their Aim controller in terms of steady aiming, collisions and tracking – but playing the game post-patch revealed very few of these glitches to me. I only briefly got stuck once, but that wasn’t game-breaking either.

Arizona Sunshine can also be played with a regular gamepad, but having played with Move and Aim controllers first this felt like too big of a sacrifice. It works great for Resident Evil, but Arizona Sunshine is far more geared towards shooting and works much better with some kind of pointing device.

Aside from the campaign mode, the game can also be played in horde mode and cooperatively online – which are good ways to stretch the game’s length somewhat. The story and execution of the campaign mode is fairly unremarkable when compared to the likes of Resident Evil 7, but as zombie shooters go this is both fun and frantic. The use of an Aim controller is highly recommended, especially post-patch as I didn’t experience a lot of the problems that were reported post-launch. For a different experience you can switch to Move controls as well, where I preferred the wave shooter method over free movement.

While not the AAA title that many perhaps hoped for (Playstation VR has very few of those), Arizona Sunshine is a very competent zombie shooter with a ton of customization options for your controls that should cater to all types of VR gamers. It’s not as polished as Farpoint of Resident Evil 7, but a worthy addition to the library of PSVR owners eager to play a shooter.