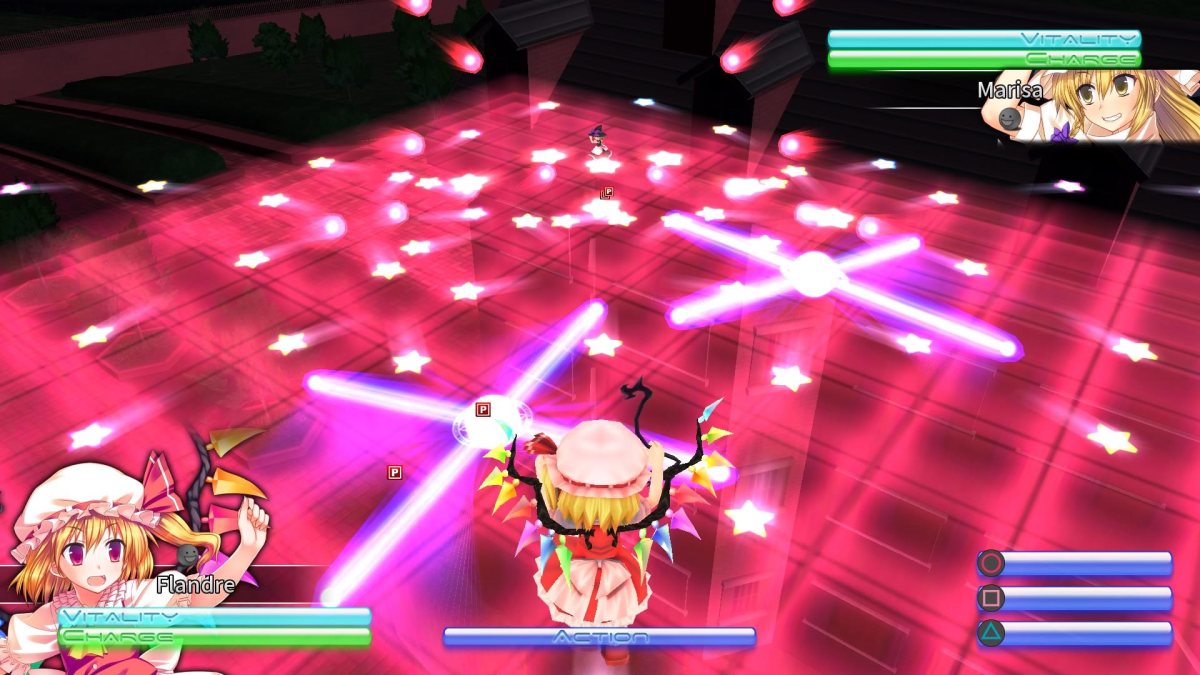 We’ve reviewed a pretty good amount of Touhou titles over the past year, and most have been fairly decent. Does Touhou Kobuto V: Burst Battle continue the trend? It’s out for Vita and PS4 – the latter version also including a VR mode.

The best way I’d describe Touhou Kobuto V: Burst Battle is as a hybrid between a 3D fighting game, a bullet hell shooter and a third person action game. It’s closest to a 3D fighting game though, as the action takes place inside a relatively small arena and it’s one on one battles that make up the most of the gameplay. The fact that you’re not just using the usual melee/ranged attacks but also fire bullets at your opponents make this different – and is part of what makes this a bullet hell-inspired Touhou game. 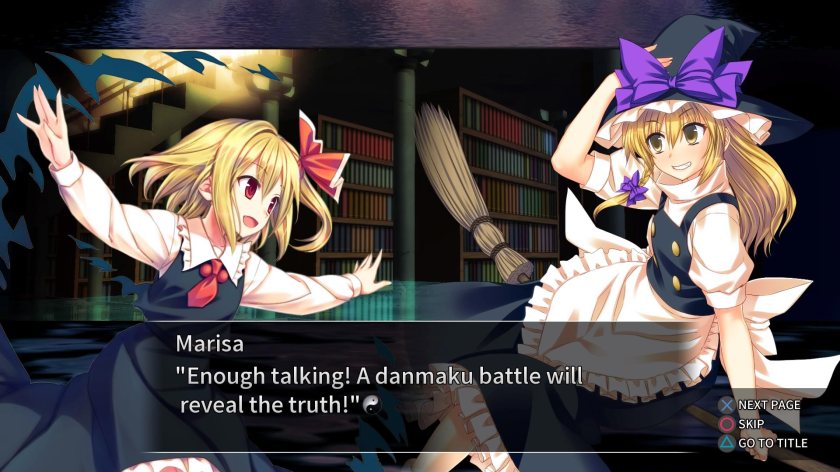 Don’t think you’ll be playing Injustice 2 or Tekken 7 with guns though – Touhou Kobuto V plays nothing like those games, and doesn’t look like them either. The battle arenas, with their square grids, look more like something out of the older (PS2-era) Virtua Fighter games and the camera isn’t nearly as cinematic either – you’re seeing action from behind your character instead.

The game’s story revolves around vampires and its delivery is actually pretty well done through a series of entertaining and well-done cutscenes – though the actual gameplay doesn’t contain much (or anything) in terms of story development. Instead, battling it out – often by spamming your attack buttons – is the bulk of the experience. 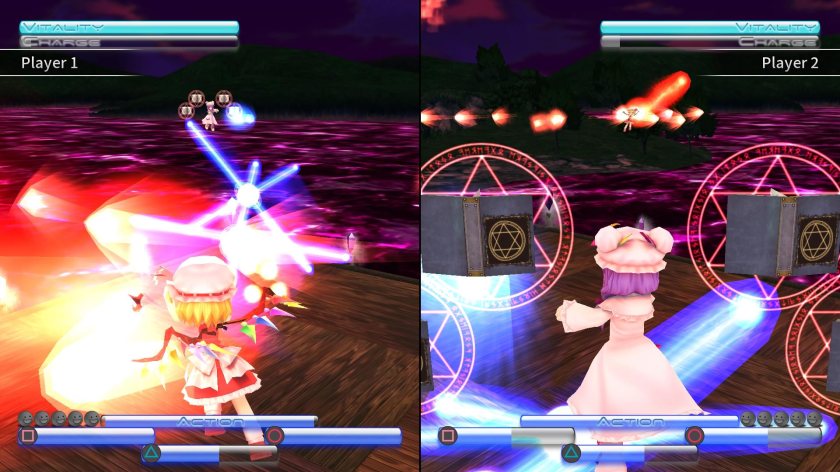 It’s too bad the combat system isn’t as refined as that in other 3D fighters, or even as refined as the combat (or gameplay) in other recent Touhou titles. You’re generally just avoiding ranged attacks and bullets while launching your own, and then spamming the attack button when you get close for a flurry of melee attacks. I’ve tried experimenting with strategies (using spell cards that you can use to unlock special attacks), but in the end I always found that frantic gameplay tended to work best. It’s too bad that this, while fun in the short run (when playing the campaign for the first time), doesn’t hold your interest for very long.

One cool though somewhat random addition is the inclusion of VR mode for Playstation VR. Because of the game’s fairly basic visuals, they stay intact very well in VR and it’s a game style we haven’t been able to play much so far – at least not in VR. It’s definitely not worth it to buy this just for the VR mode, but it’s a nice little extra bit of content considering the disappointing base game. Touhou Kobuto V: Burst Battle is our least favorite game out of the recent batch of titles, but fans of the series might forgive the all-too-basic gameplay on offer here.