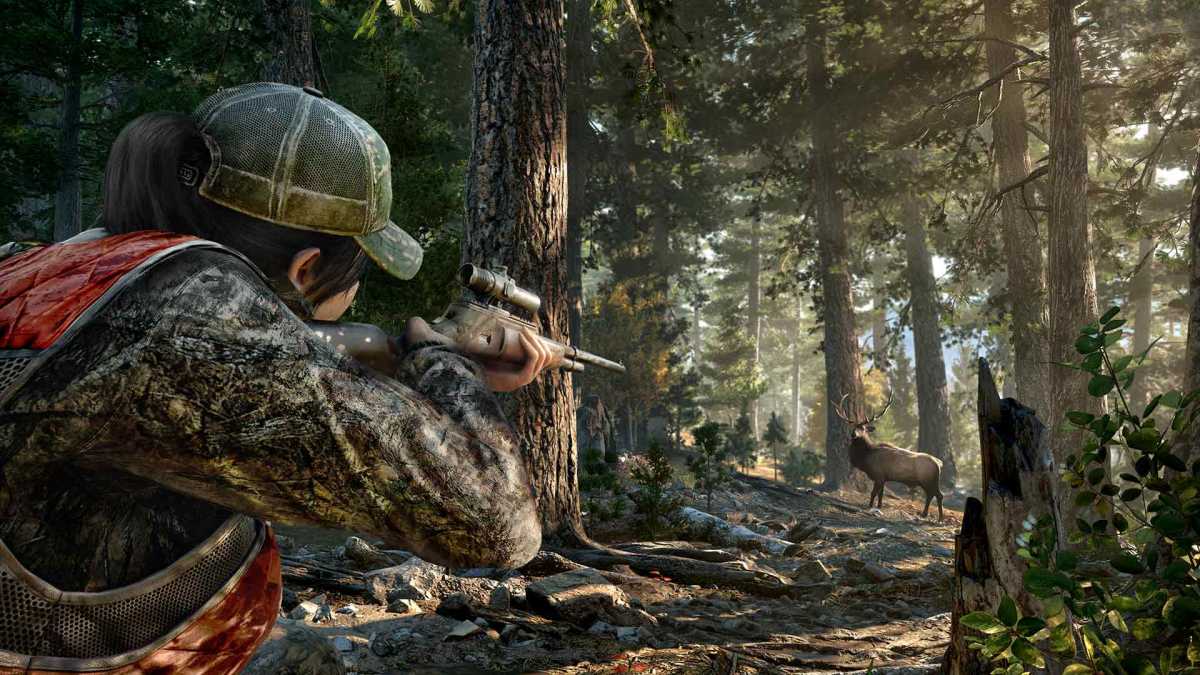 It took three and a half years, but we finally have a new Far Cry title on our hands. It was time well spent – while parts 3 and 4 felt somewhat similar, Far Cry 5 is a step forward again for the franchise. Out on Xbox One, PS4 and PC, we reviewed the game on an Xbox One X console.

The Far Cry games have been around for ages it seems – the original came out the year after the very first Call of Duty game, and it was a showcase for Crytek’s 3D engine work that would eventually give us the visually astonishing Crysis. Ubisoft moved the development of the Far Cry games to an internal studio in Montreal after the first game, and they’re responsible for the latest entry as well.

Despite the consistency in terms of the developer behind the games, Far Cry 5 is (like the last few games) a completely standalone experience from a narrative perspective. It’s a departure in terms of the setting for the game though, as Far Cry 5 doesn’t take place in a remote jungle or a fictional and far away country. Instead, the franchise has landed in the United States of America, but it’s found a way to hold on to the “remoteness” that characterizes the Far Cry series.

Taking place in Hope County, Montana, you’re aiding a group of US Marshals as they move in to take down a cult accused of kidnapping locals and other general unpleasantness – the thing cults generally do. Things go horribly wrong though, with the marshals failing in their mission and the Eden’s Gate cult out for your blood as well. You escape, and because a government-mounted mission is deemed too unlikely to be on time you start taking matters into your own hands.

Sure, it seems like – in this day and age – they’d have a team of elite soldiers descend upon Joseph Seed’s cult in a matter of hours, but where would that leave you? Hiding and out of a job, and it’s a job well worth undertaking. Liberating Hope County means exploring Hope County, and it’s a beautiful and expansive region for you to move around in. When you’re not engaged in combat, you’ll come across abandoned cabins, caves you can explore, beautiful vistas with lakes and mountains, and plenty of wildlife. Despite its remoteness, you’ll also run into your fair share of towns and farms – which help you form relationships (with people you can partner up with) and help you stock up on supplies.

You also have the option to hunt and craft, though this was never a favorite of mine as it felt like a distraction to the main story. Luckily, Far Cry 5 doesn’t feel as dependent and restrictive when it comes to hunting as previous games did – where I’d spend a good amount of time looking for a certain animal because I needed its hide, but was unable to spot it. That said, the core gameplay isn’t too different this time around either – you still have the same first person shooter mechanics in place, and you still have access to a wide array of vehicles that help in getting around. 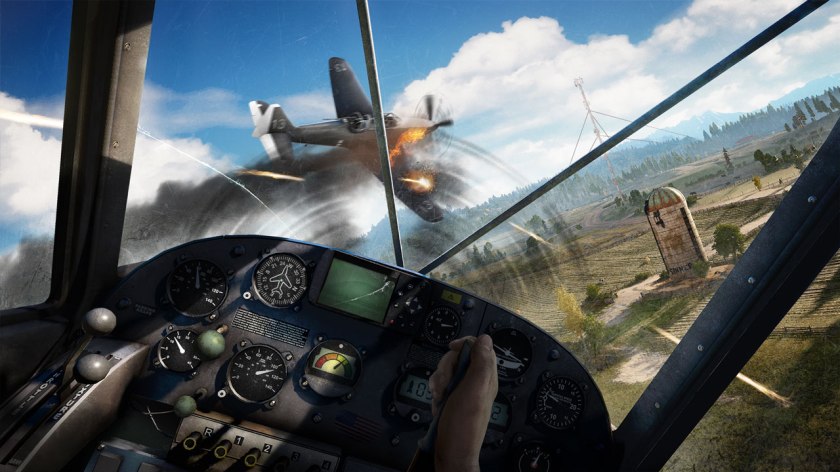 It’s the layer surrounding that core that’s been changed though, and it’s been changed for the better. Where previous games had you ‘liberating’ zones by taking control of outposts, which would in turn enable fast travel, you now don’t gain control over an area for a much longer time – and it’s more liberating than that sounds. Far Cry 5’s map is divided into three regions, each one controlled by one of cult leader Joseph Seed’s siblings. You gain influence in a region by completing missions, destroying buildings, freeing prisoners and looting supplies – until you’ve built up enough momentum to trigger the next confrontation with a sibling. These confrontations are excellent (though more linear) fun with well-designed objectives and art direction, and are some of the highlights of the game’s narrative thanks to the strength of the Seed siblings as characters.

Sure, you can still take control of outposts to gain influence over a region, but you’re much freer to explore Hope County than you’d expect based on previous games. You can freely switch between regions and don’t have to wait for areas to unlock. And yet, despite this very open nature, you constantly feel like you’re on point – except maybe for when you spend too much time hunting and crafting, even in its toned down form.

Gaining influence in a region means building up the resistance against Seed’s cult, which increases your status and visibility for the cult as well. Do really well, and they’ll consider you “blessed” – which really means you’ll be captured and most likely used in some ritual if you don’t escape. This isn’t a fate you can run from, but rather a story trigger that’s used effectively in an otherwise mostly non-linear world.

Helping you along are guns-for-hire that can be used inside individual missions once recruited. These are very diverse characters, ranging from snipers to not-so-subtle guys with rocket launchers. You can also employ the help of several animals in your quest, which includes a grizzly bear and a cougar who will act as some kind of assassin. These animals are all unrealistically well trained and perform a little like robots, but they sure are fun to use!

The money I made was mostly spent on upgrades for my existing weapons (and the ones I “found”), but there are plenty of options to buy other weapons and even vehicles as well. You’ll spend a good portion on ammo as well, especially after a mission that requires quite a bit of firepower. When you run out (of both ammo and money), you have the option to hunt or fish for some extra income. As I’m (clearly) not a big fan of that option, I would often resort to recklessly stealing what I needed instead – forcing me into a restart a few times because I got caught and couldn’t defend myself.

As bad as that behavior may sound though – the Seed siblings are way worse. They are, like the antagonists in the last two games, very memorable and give over the top performances. They do stick to their own little world in Hope County though, so there’s definitely some untapped potential here to tie the game into the current political climate inside the US. That’s a shame, but perhaps understandable since Ubisoft wouldn’t want to alienate part of their potentially huge customer base.

The freedom and variety that the campaign structure brings, something that’s aided by the diverse help you can recruit, make this the best Far Cry title so far. There is a much better flow to everything, even though I’m still not a fan of hunting/crafting breaks, and subsequent playthroughs can definitely be done in a completely different order with a different play style. You can even tackle the entire campaign in a cooperative two player mode, and if you need a breather from the campaign there’s the Far Cry Arcade which should offer players a potentially unlimited source of user-generated content for both single and multiplayer challenges. And if that doesn’t offer enough lasting appeal, Ubisoft has also announced three upcoming DLC packages that will take the game to three brand new and wildly exotic settings filled with zombies, aliens and the Vietcong. I can’t wait.