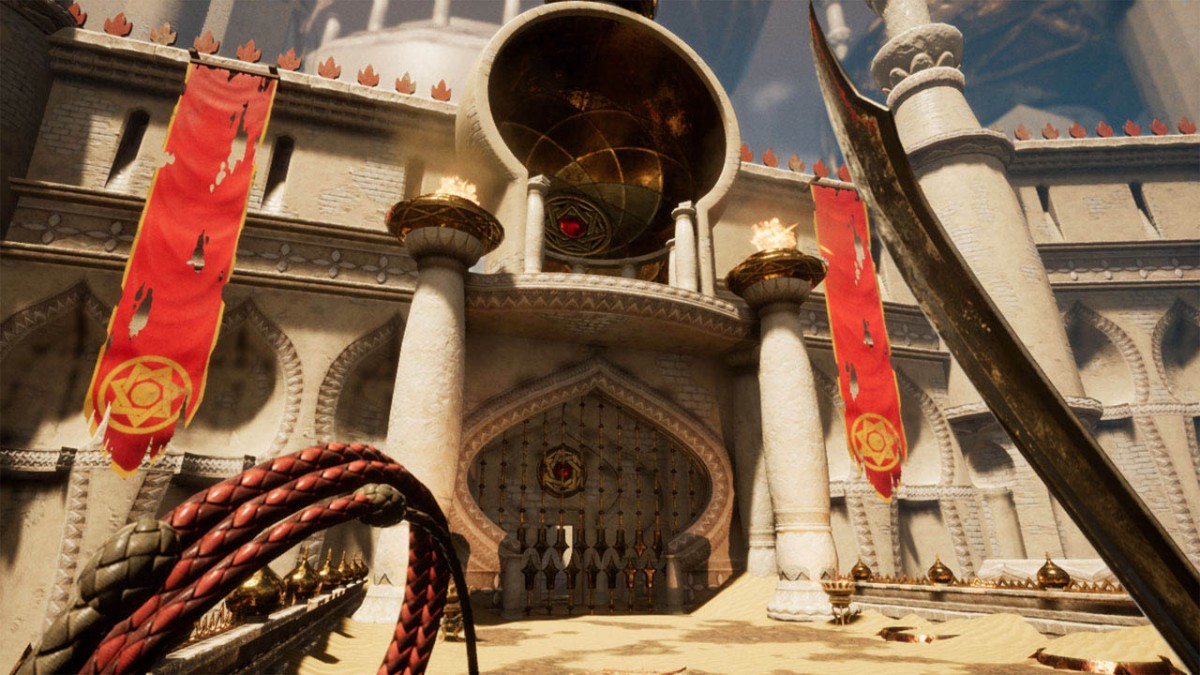 Developed by a team of Bioshock veterans at Uppercut Games, City of Brass is an Arabian Nights-themed first person roguelite action adventure. It’s out now for Playstation 4, PC and Xbox One – we tested on the latter for this review.

You play the role of a thief, aiming to steal a hidden treasure from the City of Brass. There’s a big problem though, and that’s a ton of undead adversaries are in your way by way of a curse that’s been laid upon the city. You’re armed with a sword and whip though, so not all is lost when you face off with the skeleton soldiers that stand in your way.

On your quest, which runs for a length of twelve levels spread across four districts, you can also grab minor treasures to help you boost your chances at select points in the game. Here, friendly genies are willing to sell you upgrades that include different weapons, boosts to your health or upgrades for your whip – which is the closest thing to a ranged weapon you’ll get. Whatever you buy is lost when your current run ends though, although you spend additional money to hold on to some of them in a next life. 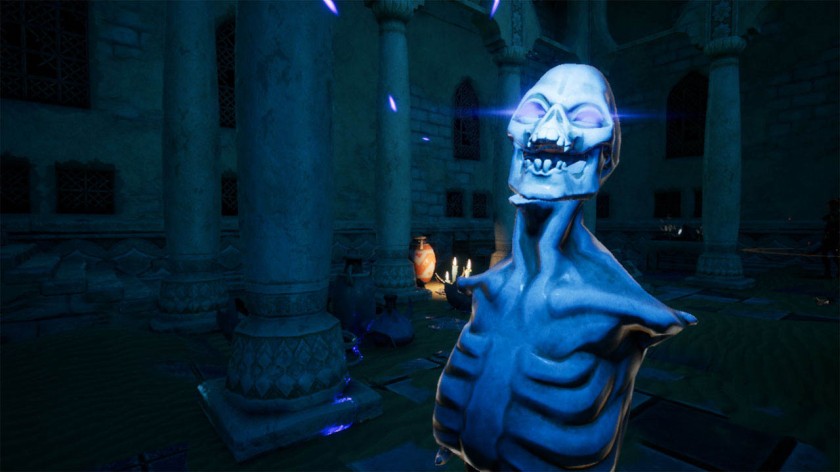 Prior to each run you are granted three wishes, but you can also hold on to them to use them as a save point after beating a district’s end boss. Alternatively, you can make life easier for yourself during the run itself by granting you better rewards in-game or a combat genie that will fight by your side. It’s these choices that grant City of Brass some replayability, as they definitely change the flow of a run. There’s also a flexible difficulty setting system that gets unlocked more and more as you play, with multiple options to make things harder or easier.

The city itself is procedurally generated, which is something we of course see in many roguelite titles. It helps in making each run unique, at least strictly speaking. In reality, at least for me, I found that runs start to blend together as the same enemy types and scenery elements were often re-used. In this case, I would have definitely enjoyed more traditional level design that also allows for variation in terms of tightly designed challenges and puzzles – the whip dynamic seems like it would have been a good fit for it. 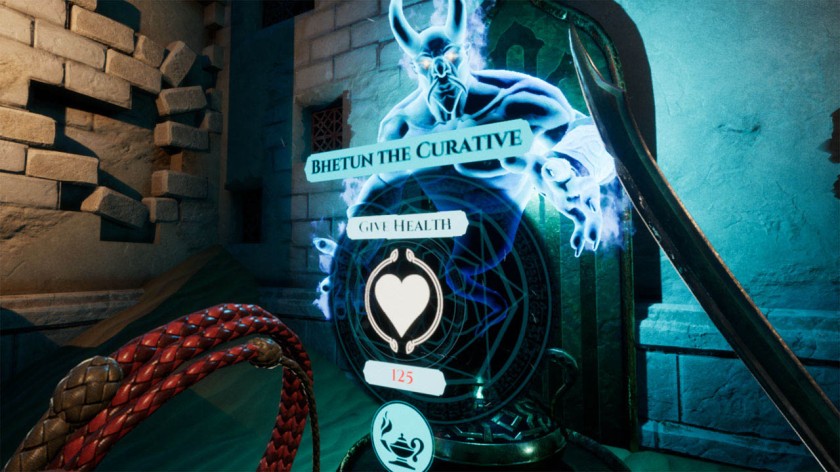 In many cases, you’ll use the whip in a combination with your sword – pulling in or stunning an enemy and then taking them out with a melee attack. The whip also comes in handy when tripping up enemies (going for the legs) or disarming them, and can even be used to pull them into traps. You’ll have to mix things up a little more when you hit the boss fights at the end of each district, but once you figure out their attack patterns and weaknesses they become a lot less challenging on subsequent runs.

The combat in City of Brass is fun, though you have to be fairly handy with a gamepad and I imagine that PC players have an easier time with a keyboard and mouse combo. The versatile whip is a blast to play with either way, though the experience gets recycled too quickly despite the roguelite elements that change up things as you start run after run. It feels like there’s some wasted potential here, which is a shame because the setting and combat are certainly interesting.