It may have been out for over a year now, but there’s an excellent reason to review Kona today – it just received Playstation VR support! We took a look at this chilly detective story.

Before diving into the review itself, it’s good to point out that VR support for Kona doesn’t come as a standard patch for the base game – it has to be purchased separately (or as part of a new bundle if you don’t own Kona yet). That should hopefully clarify things for existing owners, and will make sure others buy the right version of the game.

When it was originally announced, I sort of confused Kona with another game that has just come out – Kholat. They’re both mysteries that take place against a wintery backdrop and have walking simulator elements to them, but where Kholat veers towards the horror side of things Kona is much more of a classic detective story with light adventure and survival elements. 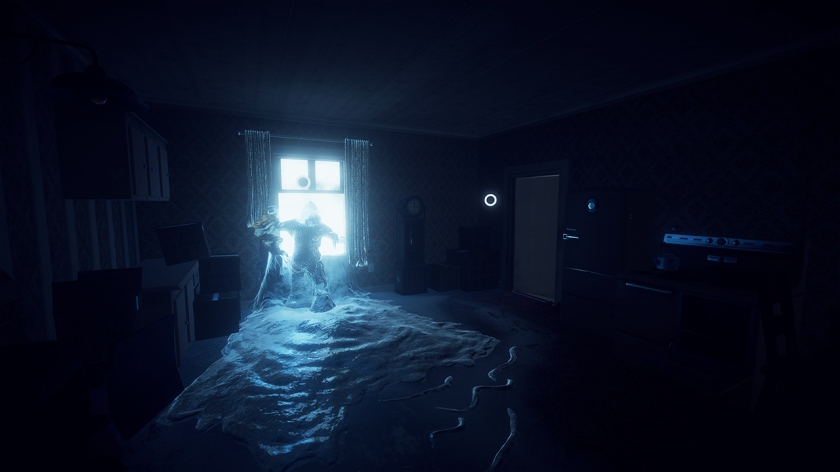 Since I’m not a fan of the currently popular survival genre and its propensity to force you into tons of crafting, I was happy to learn that my fight against the elements in Kona was fairly easy-going. In most scenes, finding some firewood and starting a small fire would be enough to stop me from succumbing to the blistering cold, allowing me to keep my focus on the investigation at hand.

Without spoiling too much (wouldn’t want to do that in a detective game!), you play as detective Carl Faubert in the French-Canadian region of Quebec, in a story that unfolds in the 1970s. As you drive around the area, you quickly discover a murder victim – which is where the investigative part of the game begins. In close tandem with the survival mechanics (because everything Kona looks and almost feels cold), you’ll be looking for clues and solving puzzles in each scene – which moves the story forward as you research a string of crimes.

Both moving around and finding clues are great in VR – with free locomotion as an option alongside the teleportation alternative. Being able to look around freely, bend down for a closer look or peek around a corner feels very immersive in terms of the detective story that unfolds in Kona, so the port to VR is a very natural one indeed.

You’re also “safe” from the cold when you venture indoors, which you’ll do often as part of your investigation. While outdoor areas are very “white” for obvious reasons, the indoor locations are very detailed and well done. The same can be said for the narrative structure, as Kona’s story – supported on a few occasions by a narrator – is one of the highlights of the game and probably makes it an adventure worth undertaking even without a VR helmet.

Not every post-release VR upgrade is worth the trouble, but Kona’s definitely is. Parabole’s work has turned their game into one of the system’s best examples yet – the audiovisual delivery is incredibly atmospheric, the narrative is strong and the detective angle works great for VR. Existing Kona owners might be disappointed that this isn’t a free upgrade, but for other there’s a great bundle price available.