Steel Crate Games has brought their hit bomb defusal game Keep Talking and Nobody Explodes to the Nintendo Switch and Xbox One. How does the experience translate? We played the Xbox One version.

Keep Talking and Nobody Explodes has been one of my favorite Playstation VR experiences ever since it came out. It transports the VR player (the one man bomb defusal squad) to a room with a bomb, and leaves it to those in the “real world” to help him out by reading the bomb defusal manual and talking him through which wire to cut, which switch to flip, how long to hold a button, etc. Of course one mistake too many can set the bomb off, and there’s a countdown that keeps you from being too careful at the same time. 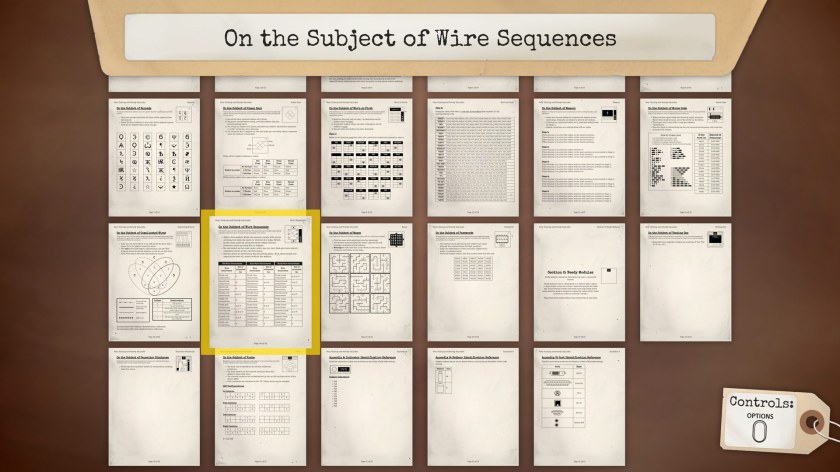 The clever bit about the Playstation VR version was that the VR player doesn’t need access to the TV screen, so the other player(s) use it to access the manual. You’re both in your own world, but you have to communicate to be successful. It’s a wonderful experience, and you can still read our Playstation VR review of the game to find out why. The Xbox One version keeps the roles intact, but plays out very differently.

Not dividing the players up by giving each their own screen, the Xbox One version makes whoever has the controller the bomb defusal volunteer. The other players accesses the manual through a printout, or by accessing it on a tablet or laptop. The basic mechanics of cooperating to get these bombs defused still work great this way, but a bit of the magic was broken for me. It’s too tempting to just peek at the manual while you’re defusing the bomb, especially when you’re waiting for an answer and you know it’s right there on a page next to you. 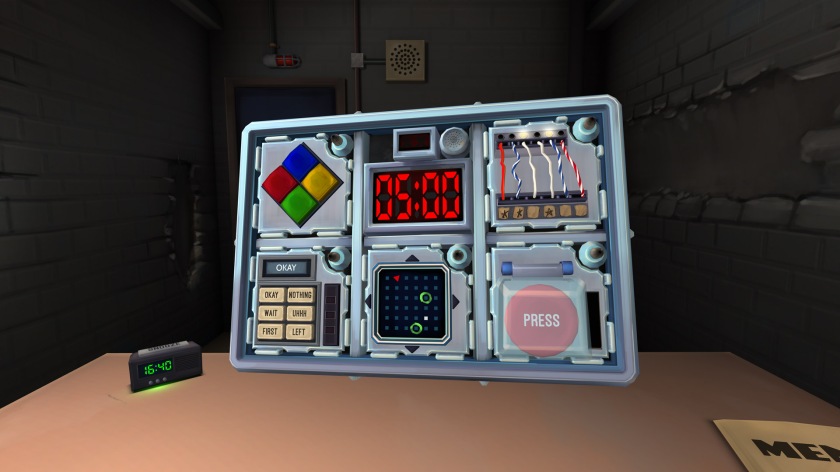 It’s a cooperative experience, and one of the best you can get on an Xbox One. The ability to look each other in the eye and connect physically changes the dynamic and breaks some of that “I’m in one room and you’re helping me from another room” immersion that you get in the VR version, but if you don’t have access to a VR headset then Keep Talking and Nobody Explodes is still a great game to play. You could even include more than two players and turn it into a party game of sorts, by spreading parts of the manual around to make progress even quicker. Get the VR version if you can, but you’ll enjoy this one if you can’t.

One thought on “Keep Talking and Nobody Explodes review (Xbox One)”