The eagerly anticipated Call of Duty Black Ops 4, developed by Trecharch, has launched. Does it reaffirm Call of Duty’s grasp on the online multiplayer shooter domain, or is the series beginning to slip? Here’s our review, based mostly on the PC version although we also clocked a couple of hours on the PS4 edition.

Activision Blizzard certainly loves the multiplayer aspect in their long-running franchises. Whenever we meet them for a big trade fair we always make sure we catch their presentations, and nearly every second of every Starcraft presentation is about multiplayer. Perhaps understandable, but what most people probably don’t know is that their Call of Duty presentations are pretty much the same thing in terms of focus. Even if the game has an amazing single player campaign (because they may be short, but we’ve always loved them), not a word about it during these press meetings.

Which means that Black Ops 4 hardly came as a surprise when they announced it wouldn’t feature a traditional single player story-driven campaign. Granted, I was a little sad it happened with Black Ops (games that always had fun campaigns with memorable characters), but it wasn’t shocking. If you were only into the Call of Duty games for their campaigns, however, then I can imagine the effect was different – and I can confirm that you should avoid Black Ops 4 if you’re one of those players. 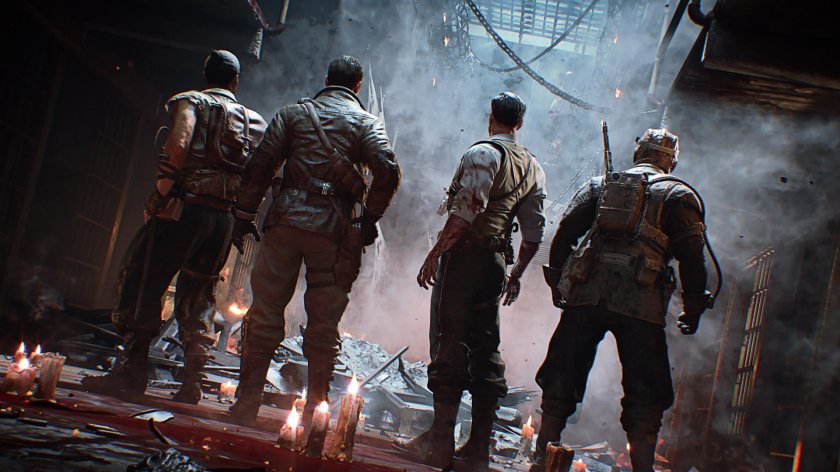 It’s a bold move to alienate that group of players for whom multiplayer was more of an afterthought to dabble in for a few weeks after the campaign, but the multiplayer community will certainly agree that it’s a gamble that paid off. This is especially true if you’ve gotten into the big trend of the last two years: the battle royale.

Black Ops 4’s interpretation of the battle royale is called Blackout, which is extremely action-packed (with few moments to catch your breath due to excellent map design) and also mixes in some zombie action. A weird inclusion at first sight, these zombies often guard precious supplies, weapons and strategic spots on the map. Taking them on means there’s a chance of great rewards, but it also leaves you exposed to attacks from another player or team. Vehicles (including helicopters) also add to the insanity, and I found myself intentionally crashing my chopper into a rival team just to be able to go “I’ll get you guys!” after they had taken me down just minutes before.

While zombies are supporting actors in Blackout, they’re front and center in the traditional Zombies mode that all Call of Duty titles now tend to have. I’ll readily admit that I’m not the biggest fan of the mode, but Black Ops 4has heavily refined the formula. Where previous editions quickly started feeling like a chore as I fought off wave after wave of zombies, Treyarch has now included a ton of interesting and diverse settings, interesting facts and secrets, as well as an engaging narrative. It’s still a poor substitute for a proper single player campaign (and it’s not meant to be played as such), but it certainly makes Zombies a far better cooperative experience this year. Add to that the ability to tweak the gameplay formula with a host of settings and options, and it’s a nice break from Blackout should you need one.

Next to these two standout modes, Black Ops 4 also features more traditional multiplayer modes for those who haven’t embraced the battle royale craze and were never infatuated with zombies either. It’s all been slightly and subtlely refined (for instance with more emphasis on team play than a game like Modern Warfare had), but it’s all very recognizable and instantly playable for veterans of the team.

Which brings me to my only concern – for Black Ops 4 to be a worthwhile purchase, you probably really need to be interested in Blackout. It’s probably the best battle royale mode currently available, but if that holds little interest to you then you’re left with a Zombies mode and more traditional multiplayer gameplay that’s good, but not enticing enough for that hefty price tag if you’re already playing something similar. Blackout, in that sense, is where it’s at. And where I’ll be.