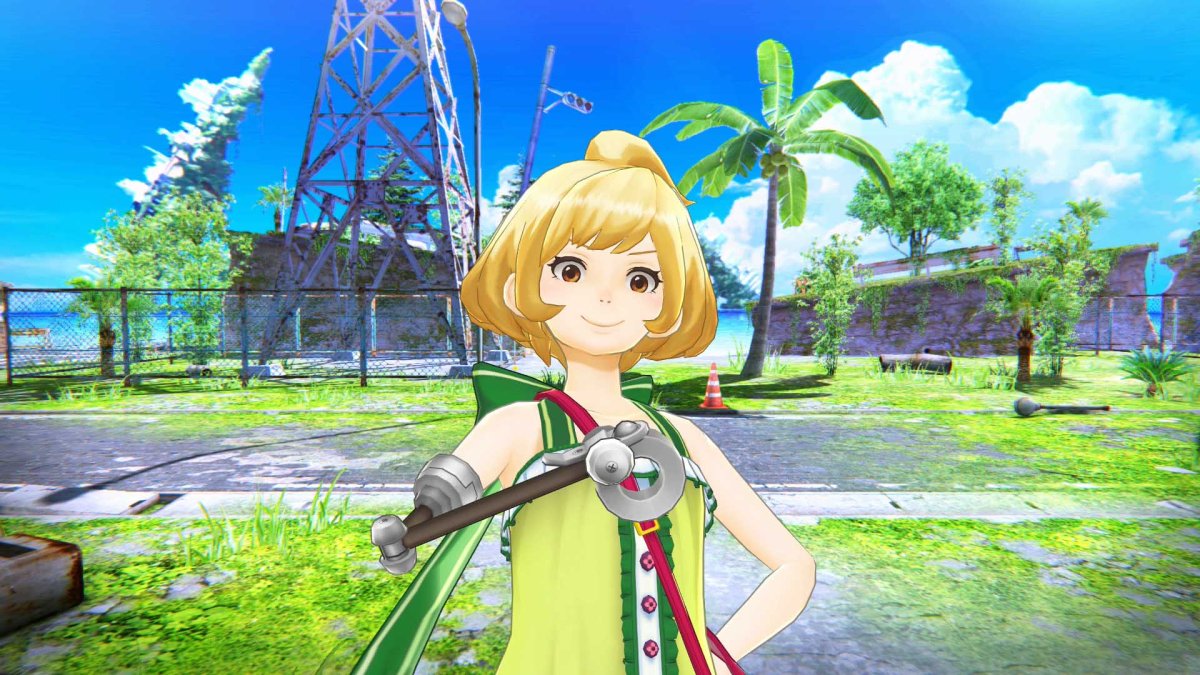 Coming from Spike Chunsoft, Zanki Zero: Last Beginning is another quirky title brought westward after an initial release in Japan. It’s a title that we were eagerly anticipating, and we’re checking it out on a Playstation 4 Pro.

Even before we knew anything about its plot or gameplay, Zanki Zero appeared near the top of our ‘most wanted’ lists. The reason was pretty simple. You know how people get excited when “the new film from the director of so and so” is announced? Well, Zanki Zero was announced as the next videogame from the creators of the Danganronpa series – which immediately had us hooked.

The Danganronpa games, with their excellent narratives and ditto gameplay, rank among the very best Playstation Vita titles ever made – and they’re great on PS4 as well. Zanki Zero isn’t available on Sony’s handheld, but it does continue the somewhat dark vibe of the Danganronpa series with another take on a bleak future and other subtle nods to the acclaimed formula. 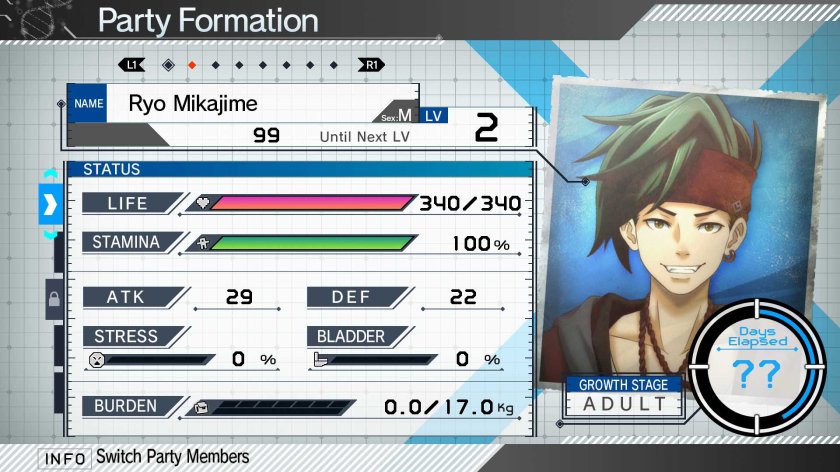 Featuring something of an episodic approach, Zanki Zero casts you as a group of characters who are clones of the last survivors of the human race. The lifespan of clones is pretty abysmal as well, since your body won’t last you more than two weeks. While that part of the plot made me want to watch the Schwarzenegger movie The 6th Day again, the cloning actually becomes an integral part of the gameplay experience here.

You set out with a group of up to four characters at once, and as long as at least one of you stays alive you can revive your fallen comrades for another try. In an almost roguelike twist, reviving them into a new body can actually make you stronger as well – giving you a longer lifespan or stronger resistance levels towards what killed you last time. And even if you don’t get killed by a trap or enemy, your character’s lifespans still change up the gameplay as you progress. You start out with a young body, get stronger as you reach adulthood, but will feel your strength fleeting again as you approach your “expiration date”.

Instead of having Danganronpa’s crazy Panda-like Monokuma to taunt you, two characters speak to you from in-game TV screens. Part narrator and part tutorial, Sho and Mirai aren’t as integral to the plot as Monokuma was (and not as memorable), but they’re a nice touch that will certainly resonate with Danganronpa fans. 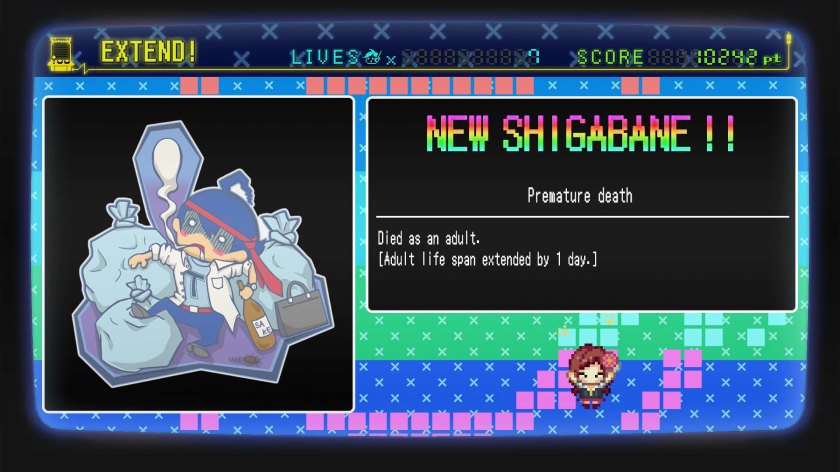 I mentioned the game’s episodic approach earlier, and each episode centers around one of the clones in particular. It’s a good narrative structure that makes sure no one character overstays their welcome, but most of the backstories (about the people the clones are based on) are pretty depressing. Thematically there’s a range of stories though, and this also translates to every “episode” and its visual backdrop.

Gameplay-wise, besides the narrative (visual novel) elements, Zanki Zero is a first person dungeon crawler with tons of enemies and traps, and combat that (surprisingly enough) plays out in real time. The combat never quite resonated with me though, as I generally went for the option to quickly reposition myself (and my party) during the recharge phase rather than make tactical choices, thus making for somewhat repetitive combat. I enjoyed the various riddles and traps much more, but combat’s not something that can be avoided.

Besides combat, there are also elements that come from the survival genre, including one as bizarre as managing your urine levels. You have to hit the bathroom every now and then to avoid soiling yourself. That’s not even a cruel joke by the developers, it also plays into the gameplay – your confidence will be affected and enemies will be able to smell you better than before. Luckily, if you’re not a fan of monitoring your party’s well-being in all kinds of different ways, then the difficulty level can be toned down – which also affects the combat.

Zanki Zero – Last Beginning is a novel new take on a familiar theme, but never quite feels like the kind of game people would pick over another Danganronpa sequel or spinoff. It’s not bad and the narrative is quite good with a ton of elements that will feel pleasantly familiar to fans of their previous work, but it’s not the classic we were hoping for.