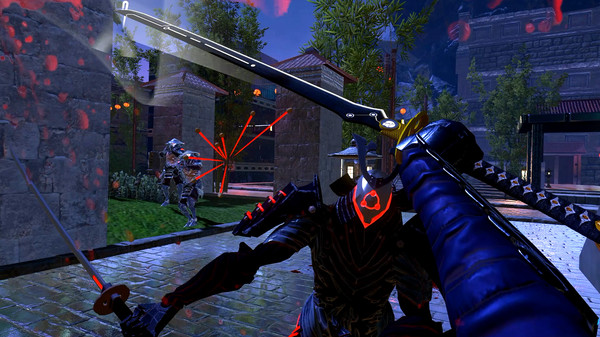 After first making waves on the Rift and Vive headsets last year, small indie developer Mixed Realms has released Sairento VR for Playstation VR through publisher Perp Games – who already have a great track record when it comes to VR titles. Here’s our review.
When done well, VR has the power to transfer you into roles with a level of immersion that can’t be reached with a regular TV screen. Moss achieves this through a connection with the on-screen protagonist, Farpoint through its use of the Aim controller and Fruit Ninja by using Sony’s Move controllers as a pair of swords.

Sairento VR also takes a Ninja approach to VR gaming, but delivers a far more intense experience than Fruit Ninja ever did. Promising a blend of bullet time mechanics, wall-running, gunplay and sword action, it definitely had a lot to live up to when we booted up the game. Thankfully, for the most part, it delivers on its promise.

With a near-future approach, Sairento VR runs with the ‘cyber ninja’ approach, which allows Mixed Realms to take a few creative liberties here and there in order to ramp up the spectacle. The action takes place in a futuristic version of Tokyo where mission-based gameplay takes you on a journey of blood and betrayal. The emphasis here is firmly on action, but it’s nice to see a plot in place to help elevate the game above a standard VR action game. 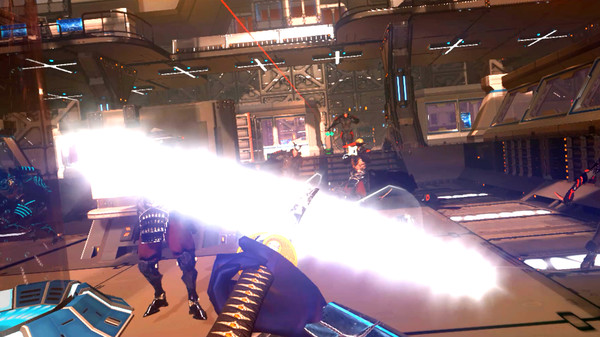 With a pair of Move controllers, working your katanas is very intuitive and tons of fun. In addition to these, you can also play with guns and work a bow and arrow. We’ve seen all these in various other VR/motion-based titles before, but Sairento VR smoothly switches between all of them. Reach down to grab your guns, move your hand over your shoulder to grab your sword. On top of that, movement includes sliding, jumping and wall-running as well – evoking memories of games like Sprint Vector when you see it all play out.

Movement in Sairento VR is very much simplified from what Sprint Vector’s like though, as a ‘simple’ teleport mechanic lies at the heart of your spectacular antics. Easy enough to work with but intricate enough to require quite a bit of practice to master, you’ll eventually find yourself sliding out of (or into) danger right after doing a wall run and then striking at the enemy – and it’s a satisfying feeling when you start stringing these together. 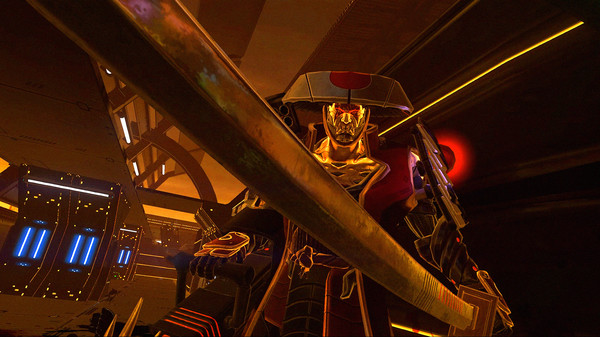 That feeling doesn’t come naturally though – mastering the intricate moves and combinations that Sairento VR offers takes plenty of practice, but that also means that it pays to start up additional playthroughs. Combining these moves with the slow motion mechanic is especially cool, as I’m sure I don’t have to tell you if you’ve played something like Superhot VR before. Going beyond the single player content you also have the ability to play Sairento in online multiplayer, but we weren’t able to find others to play with during out playing sessions.

Judging from footage I’ve seen, the Playstation VR version sacrifices a bit of visual detail when compared to the original Rift/Vive edition of the game, but it still looks impressive. I’d say its closest visual counterpart on PSVR is Raw Data, but Sairento feels like a more dynamic title in terms of movement and your range of attacks. Once you’re past its learning curve things can start to feel a tad repetitive, but Sairento VR has a nice 4 to 6 hour campaign and it’ll probably always be a great way to impress some friends – especially if they’re have less cyber ninja practice than you.