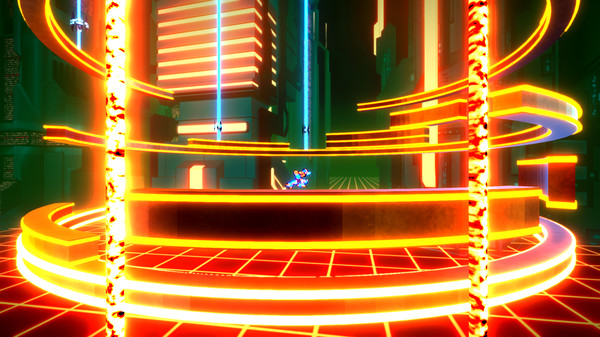 Every now and then, an indie title comes along that immediately grabs your attention – Exception by Traxmaster Software is such a title. One of the most visually vibrant platformers out there, we couldn’t wait to play it – which we did on a PS4. It’s also available on Nintendo Switch, Xbox One and PC.

What’s also interesting about Exception is that it was developed as a solo project by Will Traxler, whom we talked to about his journey of getting the game out there – you can read more about that here. With so many games out there now being developed by multiple teams and sometimes hundreds of people, it’s impressive to see what can still come out of these solo initiatives.

Exception is set inside a personal computer that’s been infected with malware – which you’re going to combat. Sounds familiar? If you’ve seen the Tron movies then this is something you might have heard before, and the reference isn’t random either – Exception’s visuals are also heavily inspired by the classic sci-fi movie.

Exception’s biggest visual draw isn’t the myriad of neon-colored lines and colorful particles flying around, it’s the fact that the levels themselves rotate and transform mid-gameplay – blending 2D gameplay with 3D visuals in a way that doesn’t just provide a visual impact but also translates to some pretty unique gameplay.

Levels are generally fairly short in nature, but there are over 100 of them and there’s some replay value in terms of speedruns for an online leaderboard as well. The levels are spread between 16 different worlds, which all end with a boss fight as the story is told through cutscenes. Most of these, although well done, feel like padding though – the emphasis in my enjoyment of the game was firmly on the levels themselves.

Although the actual platforming isn’t any different from what can be found in other titles (and the controls could have been tighter), the audiovisual delivery of the gameplay is what makes all the difference. An eighties-inspired electro-synth soundtrack keeps pumping along as levels are quickly built up in front of you. Hit a node (checkpoint), and the level magically transforms, opening up a new direction for you to travel in. It’s ultimately a fairly linear 2D point-to-point experience, but it looks nothing like one and it’s mesmerizing to see even when you’re not playing yourself. 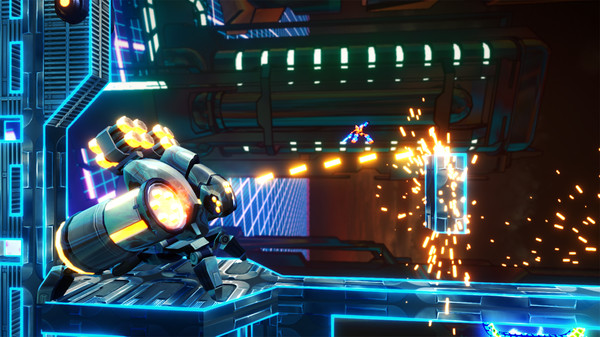 I’ve mentioned speedrunning before, and Exception lends itself well to blasting through levels at a rapid pace even when you’re not going for a record. It’s worth your while to take it easier the first time though, as every level features collectibles and secrets for you to discover. You could leave these for a future playthrough, but going for them first-time also gives you a chance to upgrade your skills.

If you’re in any way nostalgic about the visual style of something like Tron, enjoy the synthwave music of that era and/or want to play a very cool-looking platformer, Exception’s well worth the modest asking price. There are better platformers out there, but not anything that looks and sounds like this.

One thought on “Exception review (PS4)”