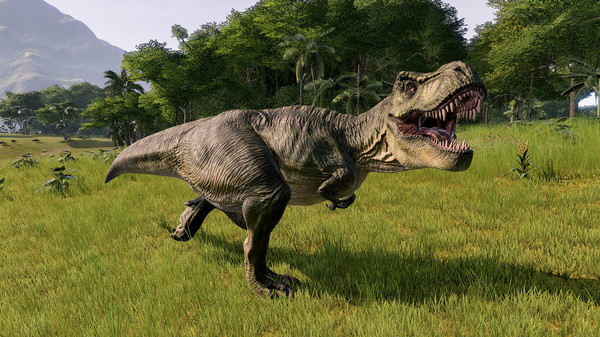 We were delighted to see that Jurassic World Evolution was getting more DLC, even now that Frontier’s Planet Zoo has launched. What’s even better is that this is possibly the best DLC package released for the game so far. We take a look at Return to Jurassic Park using the Steam version of the game.

To a lot of older moviegoers, the recent Jurassic World movies were always imbued with nostalgia from the original movies – especially the first two and its characters. Return to Jurassic Park does exactly what you’d expect by looking at the title, and as such is the biggest audiovisual departure from the base game so far.

Story-wise, you’re attempting to restore order to the park after everything went haywire at the end of the first movie back in 1993. Rather than ending in disaster, the goal is now to re-open the park and get things back up and running so it can successfully operative. This means fixing what got broken, but also integrates some of Jurassic World Evolution’s mechanics by making you do research and invest in new buildings and features.

The look and feel of everything is quite different though, and if the buildings don’t drive the point home then certainly the ability to use the 1993 tour jeeps will. Passing through the iconic gates is also a nice touch, and reminded me of the Jurassic Park ride at Universal Studios – which has now also been replaced by a Jurassic World version.

The events of the new DLC don’t just cover the aftermath of the first movie – you’ll also encounter elements of the third movie in the series, such as the giant aviary that houses the park’s pterosaurs. Who else considers that one the most memorable parts of that particular movie? In terms of animals, its pteranodons also make an appearance this time.

But as soon as the buildings and animals are, the biggest stars of this new expansion are perhaps the returning characters of Alan Grant, Ellie Sattler and Ian Malcolm, all being reprised by their original actors as part of the original narrative that was written for this DLC. In addition to the ability to play with both the original park and the “Site B” island from The Lost World and elements from the original John Williams score, it feels like coming home to a warm bath. 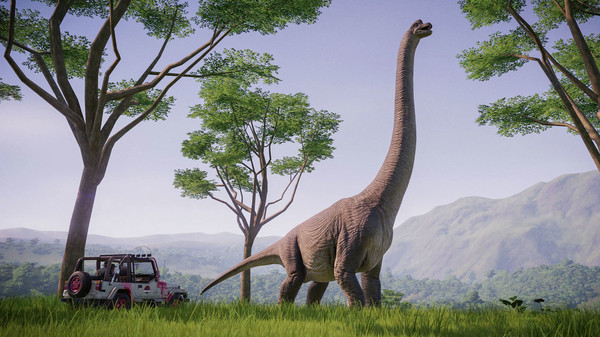 There are plenty of changes to the gameplay as well, and most all of them are based on (or at least inspired by) the time period of the first movie. You can even give existing maps a makeover for a retro challenge, but you can also craft your own site using the many “new” building tools you have. These include some of the classic signs, completely in the style of some of those dramatic shots that Spielberg used.

The park tour by jeep is an integral part of the experience as well, and you can even get behind the wheel yourself. I could just picture Goldblum asking me if we were going to be having any dinosaurs on our tour while I was doing it.

In the words of Alan Grant – after carefully considering, I’ve decided to endorse this DLC. It’s an essential purchase if you went into Jurassic World Evolution with love for the original movies, and it’s the game you’ll wish you had back when they came out.