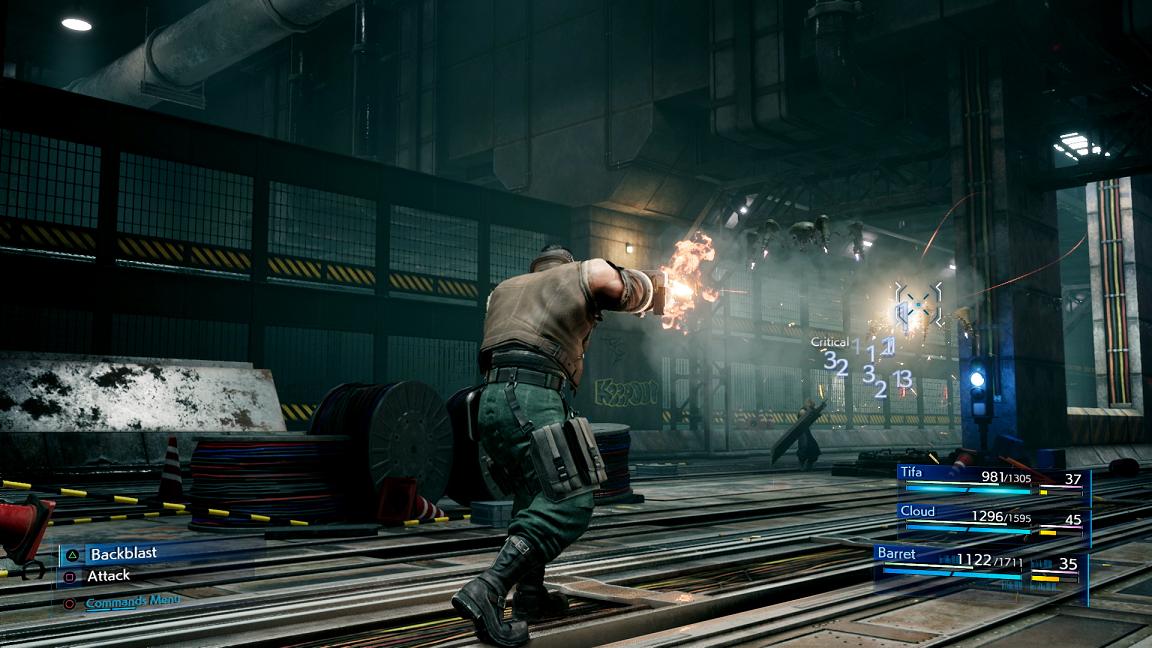 After a long development process and immense amounts of anticipation, the Final Fantasy VII Remake from Square Enix has finally arrived. Out now for the PS4, we relived what was first a classic on the original PlayStation.

I still remember that the original game was one of the first console games that didn’t fit onto a single disc (I was already used to this on PC). Spanning no less than three CD-ROMs, Final Fantasy VIII stuck with me in part because of the gorgeous pre-rendered cutscenes – which also accounted for most of the space on the three discs.

How times have changed. While the size of the original game was roughly 2 GB, my download of the Final Fantasy VII Remake was a whopping 90+ GB – bye bye for now, Modern Warfare. And that’s not even the whole game, but more on that later. What’s also different is that Final Fantasy VII no longer has to rely on pre-rendered scenes to deliver a gorgeous visual experience, as everything is rendered in real-time using the game’s new engine.

Final Fantasy VII Remake isn’t just a technical update to a modern classic though, it also tells a familiar story in a brand new way. The general plot is still very much the same, with the Shinra organization trying to take all the available natural resources out of the land of Gaya and the Avalanche team trying to stop them. Unlike the recent Resident Evil 3 remake, Final Fantasy VII is a bit of a slow burn with its narrative.

This is especially true now that the original story has been cut up into a multi-part adventure, with the current release only giving us the first part while still clocking in at over 30 hours of gameplay. This is because much of the original content has been enriched (or padded out) to deliver more lore and more narrative content than ever before. This should a thrill to long time fans, but newcomers could possibly be overwhelmed.

Gone is also the traditional JRPG approach, with Final Fantasy VII now playing as a modern Western gamers-friendly action RPG. This changes the pace of the game (making combat faster) and encourages exploration, which brings some balance to the game and its additional narrative content. Combat is no longer turn-based, but you can still launch special and powerful attacks that echo what is more common in turn-based combat – and you do so by charging up a gauge that has the ability to almost pause the action when you try to activate it. In its real-time combat, that’s a nice throwback to the turn-based style of the original.

Despite the changes towards narrative enrichment and more action-oriented combat, Final Fantasy VII Remake still feels like a real RPG with the character development trees that you can work your way through. Besides upgrading those in your party, you can also find new weapons and even give those a boost as well, making for a complex web of choices you can make to increase your chances of success.

How long the game lasts for you depends greatly on how many side quests you take on. Every chapter has a couple, and I strongly recommend taking as many of them on as possible since they’re all well done and never feel like simple fetch quests. Some are quite long, others have a big narrative impact and they all give you and your party rewards that help you when you take on the next main quest(s).

But, despite all the changes in gameplay, we also have to touch on the audiovisual aspects of the new remake. Seeing a cutscene transition smoothly into actual gameplay certainly is a sight to behold, especially when you consider that the cutscenes are already far more detailed than those that wowed us back in 1997. The game’s soundtrack is also excellent, though this is no surprise when you consider the most recent games in the series. The music in the new remake echoes that of the original, but is delivered in a richer way that better fits the natural ebb and flow of the narrative – swelling up during epic fight scenes and more subtle when you’re exploring.

The Final Fantasy VII Remake is a must-have for fans of the series, even if you’re too young to have played the original release. My biggest disappointment is probably that we’re in for a long wait before we get the full story of the original game delivered to us in this new fashion. But hey – we waited 23 years for this, so what’s another three to four years?