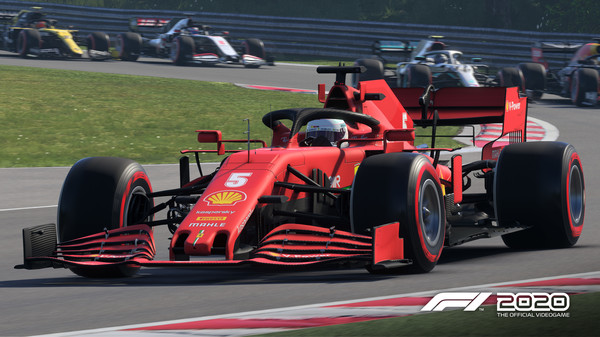 Time to take F1 2020 for a spin, which is available for Xbox One, PS4 and PC in both a vanilla and a deluxe Michael Schumacher-infused edition.

Codemasters decided to push the release of their F1 game forward by a few months last year, and because of a strange coincidence the global corona pandemic and delayed start of the F1 season now sees the game being released right at the start of the actual race calendar for 2020. That’s great news for fans hoping to play through the season themselves, because in recent years the world title wasn’t exactly up for grabs anymore when the game came out. Thanks but no thanks, Lewis Hamilton.

The F1 franchise is one of Codemasters’ more accessible racing titles, yet also walks a thin line where it needs to appeal to diehard fans of the sport as well. There’s also the annual dilemma of having to provide more than a roster and rule update, and although the 2020 season is a bit of a crazy one the changes in a regular season are marginal at best.

The new race calendar means there are fewer races in this year’s season, but Codemasters has included the full race season as it was originally intended anyway. Though not surprising (development was well underway when the corona pandemic hit), it’s worth nothing that this means that fans can still race on the brand new circuits of Zandvoort in the Netherlands and Vietnam’s new street circuit in Hanoi even though it’s not sure the latter will feature this year and the first one’s been cancelled. 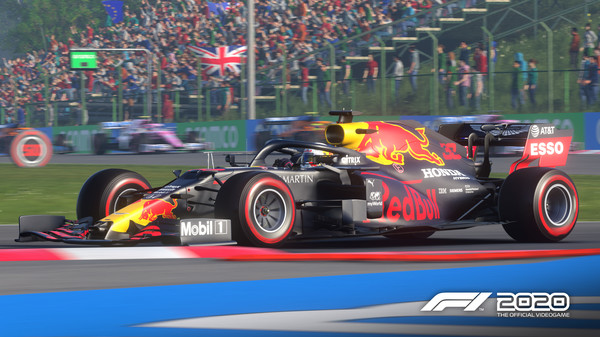 Keeping with what’s happening in real life, however, you can also play a much shorter season and play a 10 or 16-race championship – pretty much in line with the races that are currently confirmed, pending or awaiting new dates. Though it’s more of a roster update than anything, it’s nice that the game doesn’t feel detached from the actual sport now that everything’s a lot less predictable than it was before.

What’s new from a gameplay perspective is that F1 2020 expands on the existing difficulty levels by making a casual mode available to players. While it was already possible to make racing fairly accessible, this roughly equates to an arcade mode for those who prefer it or simply don’t feel the need to learn the intricacies of driving an F1 car. And although turning off all the steering assists still doesn’t make F1 2020 a full blown simulator, there’s plenty to enjoy for those invested in the sport.

This is especially true of the new My Team career mode, which transcends the on-track action by giving you control over your own team right down to picking teammates, sponsors and managing your budgets. There is definitely room for improvement when you consider how much happens when you consider technical development alone, but it gives fans a new look under the hood of managing one of these teams. Pun definitely intended. 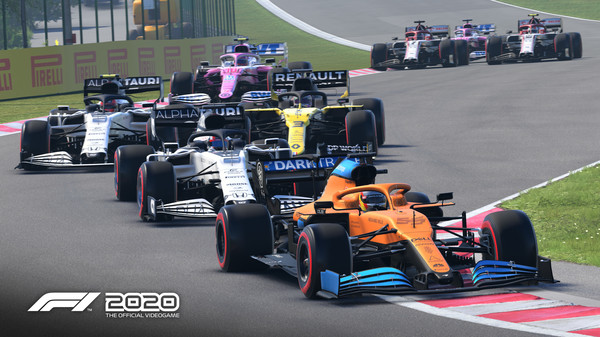 You can also keep focusing on the driving alone, and the long term career mode that incorporates the Formula 2 division returns for this year’s edition of the game. It features last season’s race roster as well, so you can use it as a stepping stool to segue into a Formula 1 career and introduce yourself in the 2020 season should you be successful right away. Fancy going back a bit further in time? The game also features a selection of classic cars from previous Formula 1 eras, including some that are based around the career of seven-time world champion Michael Schumacher.

The most exciting new addition, however, is a feature that returns after a lengthy absence from F1 games: local multiplayer through a split screen mode. Online multiplayer is still available, but having the ability to play together with friends – especially right before or during a race weekend – is hard to compare. Things perform well on a technical level in split screen, and the new difficulty modes make sure that even those who haven’t been playing F1 2020 can jump in and enjoy these multiplayer sessions. Once you’re played through the different career modes by yourself, this is definitely a place worth coming back to and should add plenty of lasting appeal to the game – especially because the online component is still rather formulaic.

We definitely wouldn’t mind seeing an overhaul in the online department next year and although F1 2020 is a good looking game we wouldn’t mind a next gen kind of touch either. Despite a stellar F1 experience and the addition of split screen multiplayer, F1 2020 feels like the next incremental step forward after 2019 and about as good as things are going to get on this console generation. That’s a big positive, but the need for next big step is getting bigger.