Time for another look at a few releases that came out in the past few weeks. Up today are the Vita version of Awesome Pea 2, the Lobbyistico DLC for Tropico 6 and the sequel to Pic-a-Pix Pieces by Lightwood Games.

This game, ported to consoles by Sometimes You, actually came out for the PS4 a few weeks ago, but the Vita version was delayed and is a brand new release on the PlayStation Store. A sequel to a game I had never heard of before, it turned out to be a surprisingly decent platformer in the ‘extremely challenging’ category that was made so popular by the likes of Super Meat Boy.

Awesome Pea 2 features retro-inspired graphics, with green visuals that resemble something from the Nintendo Gameboy era. The game only has 24 levels, but rather than gradually ramping up the difficulty level you’ll find that even the early levels can take quite a few retries, so don’t be surprised if it takes you an hour or two to beat everything. 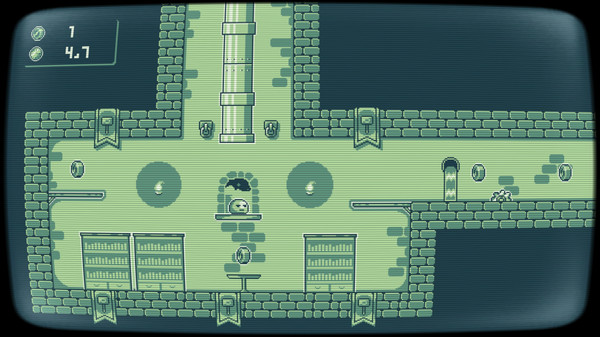 A level is successfully completed only if you pick up all the coins on your way to the exit, which isn’t required to progress but becomes necessary if you plan on unlocking the associated trophies. Coins are rarely out of the way though, so they’re hard to miss – just hard to reach at times.

What makes Awesome Pea 2 fun are the tight and responsive controls that the game has, essential for a platformer of this type. What’s also great is that alongside the 8-bit graphics there is a great soundtrack with melodic retro tunes that reminded me of an era in which the likes of David Whittaker and Rob Hubbard would grace dozens of home computer video games with their tunes. I did notice a visual glitch in an early level where a platform popped into the screen a little later than the rest, but other than that this is a nice little budget platformer for the Vita.

The sole reason this post isn’t labeled an “indie roundup” is the new Lobbyistico DLC for Tropico 6, even though we’re sure that El Presidente likes his independence quite a bit. Previous Tropico 6 DLCs were smaller in scope than this one, so we’ve been looking forward to it.

As the title suggests, Lobbyistico expands on the previously introduced political wheelings and dealings in an international context. There’s a new mission included that revolves around lobby work, corruption and people revolting when they find out. This makes for new challenges, as your economy can come to a grinding halt if you’re not careful – causing massive amounts of debt as a result. 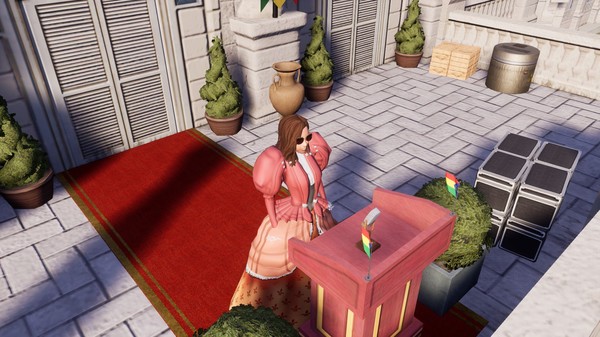 The interesting mechanic here is that lobbying results in getting things done quicker or more effectively, but there’s always a little bit of backlash lurking around the corner, forcing you to tread carefully. Where the social media element in the Spitter DLC felt a bit like a gimmick, lobbying and corruption feel like a much more natural fit for Tropico, and I had fun playing through the mission as well as the sandbox maps that are included with the new expansion.

Two new traits have also been introduced, one which gets rid of undecided voters (citizens are not either with El Presidente or against him) and another which makes spending Swiss money free of any corruption effects that it might otherwise cause. If you’re playing Tropico 6, this is probably the best DLC released so far.

Coming from Lightwood Games as a cross-buy purchase for the PlayStation 4 and PlayStation Vita, Pic-a-Pix Pieces 2 continues the studio’s dedication to grid-based nonogram-inspired puzzlers.

If you read our review of the first game back in January of 2019, you know exactly what to expect here. Pic-a-Pix Pieces 2 looks, sounds and plays exactly like that game did, the only difference being that you get 20 brand new multi-part puzzles to solve.

Before you think that 20 puzzles is a bit on the low side of things, you should be aware that the biggest puzzles consist of 24 individual pieces that each supply their own puzzle for you to solve. Uncovering the entire picture can thus take several hours, which puts those 20 puzzles in a very different light. There are also smaller puzzles to tackle, but completing the entire collection is a daunting task indeed. If you need a new nonogram fix, then this should tide you over longer than many AAA games will.