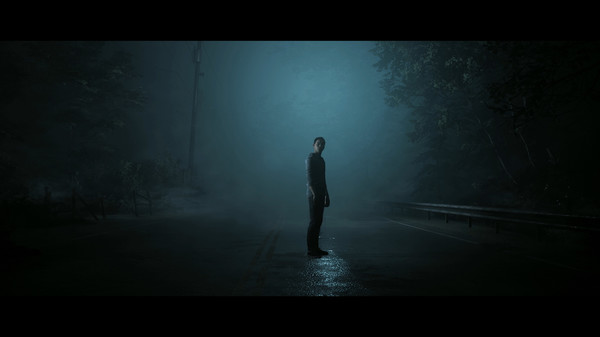 Easily the most movie-like of all of this year’s horror games released in the run-up to Halloween, The Dark Pictures Anthology: Little Hope is out now for consoles and PC. How did Supermassive’s next entry in their horror franchise turn out?

Although thematically tied to Supermassive’s earlier Until Dawn and Man of Medan in terms of gameplay and presentation, Little Hope very much plays like a standalone game with a story of its own to play through in a cinematic adventure that’s about four to five hours long. In the story, a school bus is diverted through a town called Little Hope, as it suddenly has to dodge a creepy girl standing in the middle of the road. The driver then goes missing, and the students and their teacher are lost – both in terms of where they are and in what they should do next.

Rather than the slow burn that made up the opening sequences of Man of Medan, Little Hope quickly gets to the point and goes with familiar horror tropes rather than supernatural suspense. The story alternates between characters, who we get to know individually and through their relationships with others. The formula’s going to be familiar to those who’ve played Supermassive’s previous games, with a pace that sits somewhere in between Until Dawn and Man of Medan.

The narrative branches and your choices determine who gets to live and who doesn’t, but I found quite a few of the branching points to feel a bit contrived and forced rather than parts of organic interactions between people. Perhaps part of that is that conversational choices and quicktime events are more prominent in Little Hope, making this a more narrative driven game than Man of Medan, in which visual storytelling was more prominent. Ironically though, many of your narrative choices don’t feel like they’re especially impactful until you hit a situation where the ‘wrong’ choice leads to an untimely death.

Perhaps part of that lack of impact is that many plot elements in Little Hope revolve around events that took place in the past, as the town has a dark history surrounding witchcraft. Your little group is just suffering the consequences, so at many times it’s going to feel like all you can do is run away when a potentially deadly situation stares you in the face. This’ll split up (or reunite) the group, or will cause another jump scare. Little Hope is full of familiar horror movie tropes like the little girl I mentioned before, creepy reflections and phones that have no service when you need them the most. 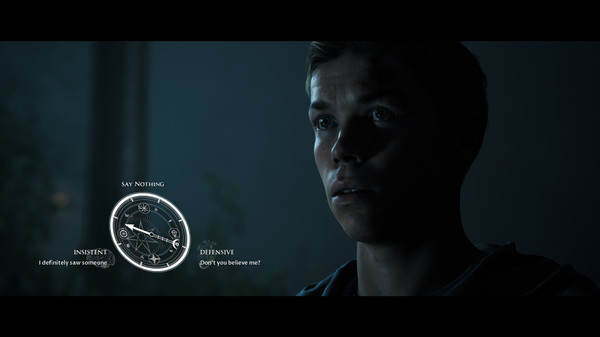 A fun way to play through Little Hope’s story is by playing together with others, with players making their own choices for some of the characters in the game. While these choices often suffer from the same lack of impact mentioned before (as in you – and your friends – usually get away with whatever you pick), it’s a great way of experiencing a movie-like experience together that easily spans an entire evening for horror fans.

As such, Little Hope feels like a “Halloween movie night” – something best enjoyed with others where you fully expect (jump) scares to be delivered that you can laugh and shriek about. The fact that Supermassive’s audiovisual style – complete with performance capture and voice acting – works wonderfully well with this approach certainly doesn’t hurt either. In that context it’s top entertainment, just don’t expect it to translate as well to a single player experience or potential subsequent playthroughs.