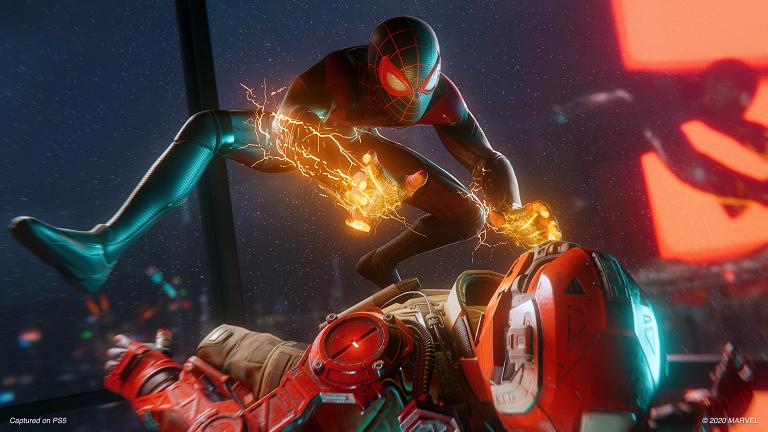 It’s one of the launch titles for the PlayStation 5 when that comes out next week, but we’re reviewing Spider-Man: Miles Morales on one of our trusty PS4s to get a taste for what PS5 owners can expect next week. Here’s our takeaway.

Testing on a PlayStation 4 means we didn’t experience those short load times, the ray tracing and that haptic feedback from the DualSense controller, but even without all that it’s safe to say that Miles Morales feels quite “next gen” even on the (still) current generation of consoles. Insomniac’s first Spider-Man game is a good reason for that, because it’s still one of the best games out there for the PS4 and Miles Morales feels like an even more refined take on the franchise by the studio.

For those not familiar with entire comic book history of all things Spider-Man, 2018’s Into the Spiderverse was a great intro to Miles Morales as a character, and if you’ve seen it things will instantly feel familiar when you’re introduced to Miles in the opening minutes of the game. This doesn’t just translate to the cast, but also to the general vibe, which is partially expressed through hip-hop music that Miles is particular to. 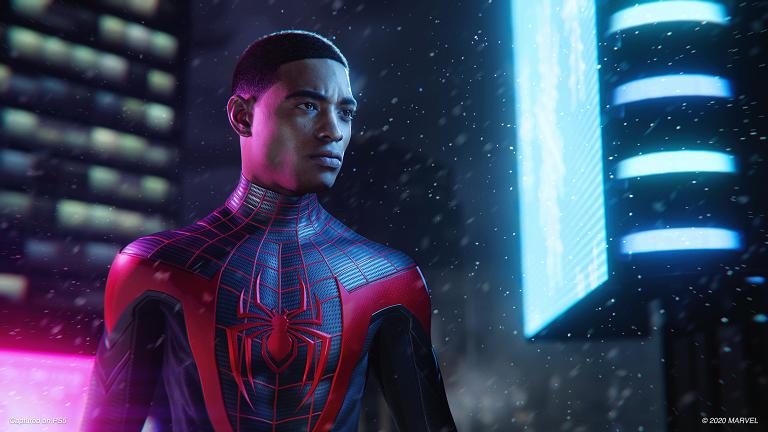 At the same time, this new Spider-Man title also serves as an introduction of sorts – which will help those not familiar with Miles yet. Where the first game assumed the player would be familiar with Peter Parker and Spider-Man, this Insomniac takes better care of players in case their protagonist isn’t a household name yet. But speaking of that first game – Miles Morales picks up after the events of that game (and its DLC), so if you haven’t done so already I would advise playing through that one first.

While this is a Spider-Man game, just like the previous one, the story is just as much about the person behind the mask. This means it’s definitely not all web-slinging and combat for Miles, but also plenty of interactive story content where you’re just Miles and interacting with those you spend your everyday life with. Including these very well made scenes makes this game, much like its predecessor, almost feel like a movie in terms of its narrative and pacing. 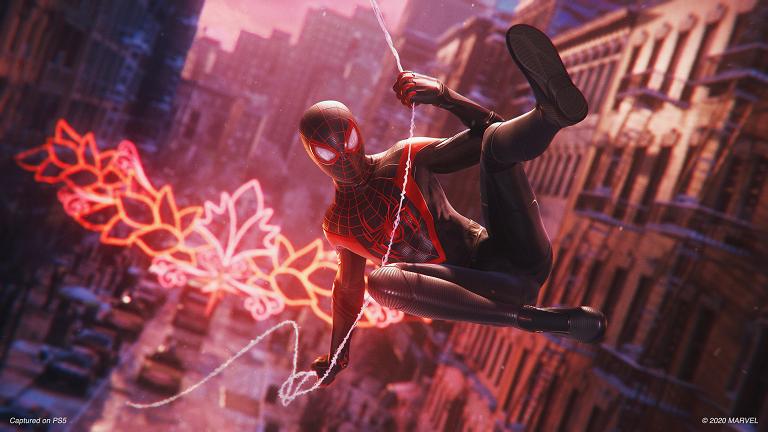 While you’re joining forces with Peter Parker at the start of the game, he soon departs with MJ on a trip to Europe and you’re left to stand on your own two legs, with is a core plot dynamic in the game. You get thrust in the middle of a war between the Roxxon corporation and a group of vigilantes that calls itself “The Underground” – while at the same time you also have to contend with the fact that Miles’ mother is a public official.

The story ends up being a bit shorter than the first Spider-Man game that Insomniac did, but do you remember the announcement for Miles Morales? It seemed at the time like it was going to be a DLC mission on top of a remade version of the initial game, but in the end it’s so much more than that – with a campaign that’s longer than the one in the recent Marvel’s Avengers game and includes plenty of optional content to explore and collect as well. This includes a whole bunch of mostly lighthearted and fun side quests, many of which let you win the hearts and minds of the people of New York City.

Miles controls in a similar way to Peter Parker’s Spider-Man when he’s in the suit, but he has fewer ranged weapons/gadgets in his arsenal and relies more on combat that’s up and close as a result. You also have a stealth ability where you turn yourself invisible for a few moments, which is great for ambushing enemies when they’re least expecting it – but even more when they are but don’t know where you’re coming from. 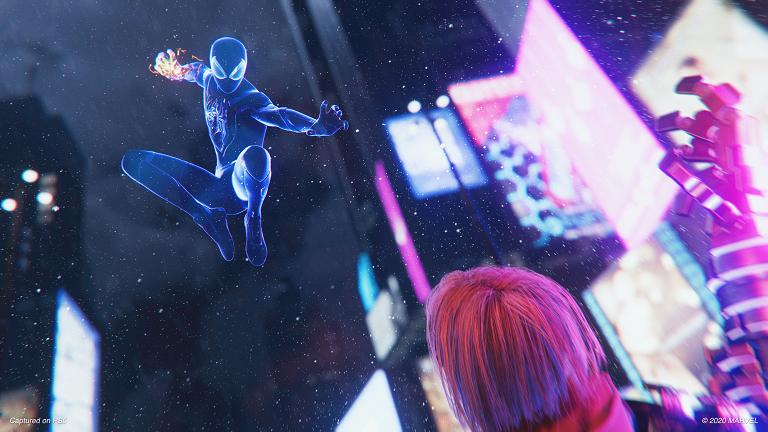 Although Spider-Man Miles Morales was originally touted as a PS5 experience, it runs great on the PlayStation 4 as well. We’re very curious about the differences we’ll see with the PS5 version once we play that, but this is a game that looks gorgeous without any of that raytracing as well. New York City is still just as iconic, and in this game it’s decorated for the holidays as well. This gives it a timely appearance, although this year it feels strange to see people gathering in numbers, even if it’s in a videogame context. But if you suspend your disbelief for a second, this is a stunning game to look at and get lost in – the cutscenes, soundtrack and set pieces in particular are of the highest quality here.

With visuals and gameplay mechanics that are highly polished, this is a wonderful new chapter in the Spider-Man franchise where perhaps the only “flaw” is that it’s quite similar to the previous game but a bit shorter. But when you’re talking about one of the best games of the past generation, that’s not such a bad thing.