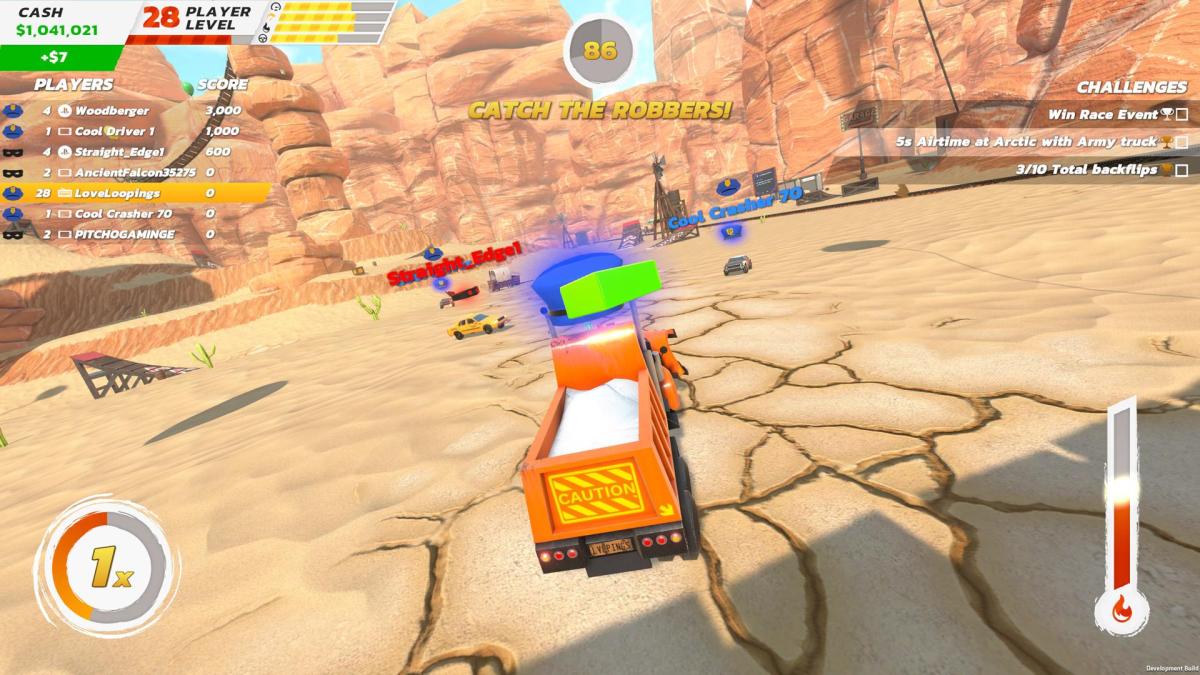 M2H’s Crash Drive 3 is one of the most accessible and fun vehicle-filled playgrounds out there thanks to brilliant cross-platform support and a nice diverse blend of gameplay styles. It’s out now for virtually every gaming platform you can find – here’s our review.

If I had to name a reference point for Crash Drive 3, it would be the Thomasville Playground mode of the Cars 3 racing game. While the bulk of that game is all about racing and getting to the finish line with or without the use of special power-ups, the Thomasville Playground has you dashing around an open area performing crazy jumps and stunts while also pulling you into a variety of timed events where you can compete against other players.

Crash Drive 3 – and I’m woefully unfamiliar with the first two games – follows a similar pattern, and completely does away with ‘regular’ racing. This one’s all about jumping, stunts, and quick minigames, with a look and feel that’s more Micro Machines than Project Cars 3. It doesn’t confine you to a single ‘playground’ like the Cars game does though – this game features 5 vastly different worlds to explore and play in.

You can just search the area for collectibles that you can spend on new and improved cars to race around in, but it’s also how you gain access to additional play areas – there’s quite a bit of content that’s locked when you first start the game. Exploring is a good way to earn cash and unlock content by literally jumping through hoops, but you’ll likely spend the majority of your time in the game’s many minigame events.

These events range from simple point-to-point racing to stunt showcases and silly objectives where you use your car as a battering ram, and never last more than a few minutes. If you’re a fan of vehicular-based games that stray from traditional racing – think Rocket League or FlatOut – then you should feel right at home here. How your driving experience unfolds also different from game area to game area, with one of them even feeling like a World of Tanks-like mode. 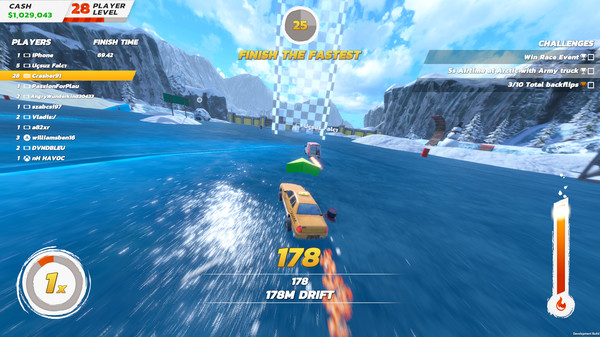 While you can play plenty of Crash Drive 3’s mini games offline, the area where the game really shines is in its cross platform online play. It doesn’t matter if you’re on a PC, PlayStation, Xbox or mobile platform – you can play together seamlessly, so if you’re in a household or group of friends where everyone has their own favorite platform, you finally have something to bond over. Some gameplay modes are exclusive to online play, so it’s a shame that the game doesn’t support split screen local multiplayer on the more powerful platforms out there.

Technically it’ll come as no surprise that a game that also runs on mobile devices doesn’t suddenly look ‘next gen’ on a PlayStation 5. Your mileage may also vary depending on your mobile device of choice, but it’s worth pointing out that the Switch version – at least in handheld mode – could use some optimization as well. But assuming that gets ironed out post-launch, this is a really fun game that’s easy to pick up and great to play with friends. Cross-play is a huge benefit, but it’s a shame there’s no such thing as cross-platform purchases yet – for those looking to play within the same household. Local multiplayer is missed, but if you regularly play online or need a reason to do so, this is a great excuse.