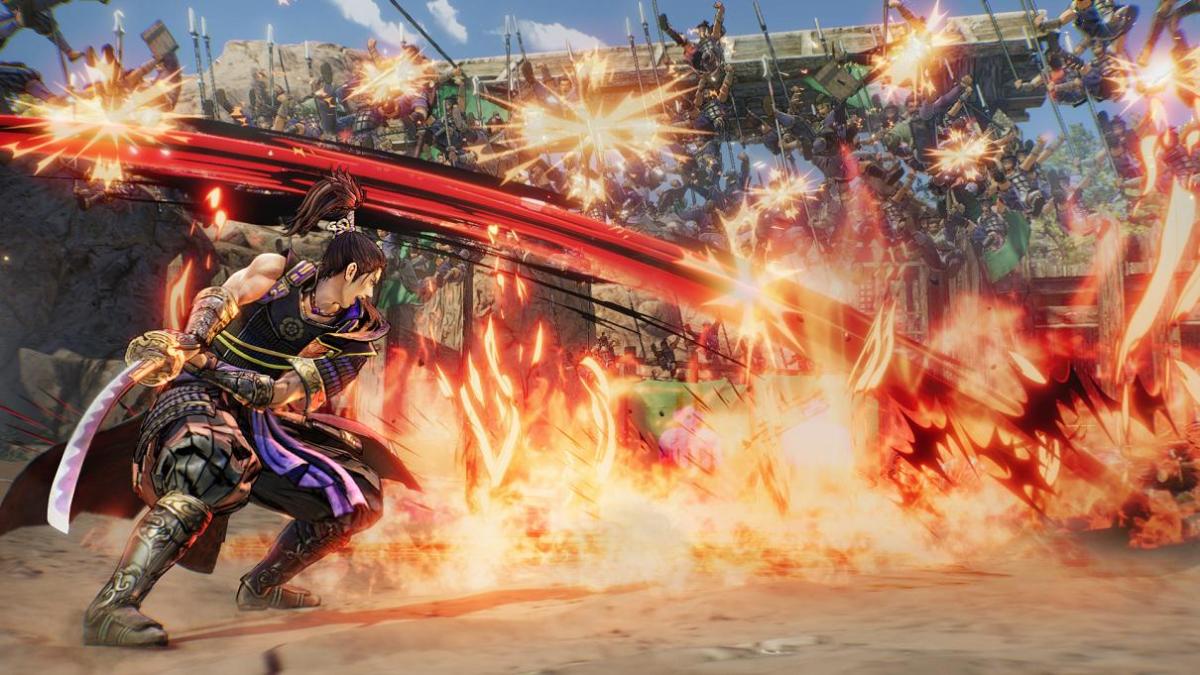 Out now for the PlayStation 4, Xbox One, Nintendo Switch and PCs, Samurai Warriors 5 continues Omega Force’s long-running series for Koei Tecmo. Compatible with next gen consoles as well, we took to the battlefields on PlayStation.

Samurai Warriors is one of those series that feels like it’s always there with a new release, but it’s already been seven years since Samurai Warriors 4 came out. It still ranks highly among the musou genre, but we were interested to see how different things were going to be. After all, 2014 was at the start of the last console generation and we’ve seen a lot happen since then.

On the surface, Samurai Warriors 5 features a new storyline and a revamped visual style, but there are also a few new gameplay features worth diving into. It’s still easily recognizable as a follow-up to the previous games though, and luckily it also still plays like a benchmark in the genre, with extremely fun hack and slash action.

The new story campaign is extremely lengthy, to the point where it can feel like a bit of a grindfest at times. Divided between two main characters and their own stories, you’ll easily spend over 20 hours getting to the end of the story, regularly jumping into “citadel mode” to grind for additional resources. Playing out a bit like side objectives, you’ll unlock more missions in this mode as the story progresses, and the rewards for completing them go towards strengthening your army’s facilities. That helps you level up your characters, allowing you to beat subsequent story levels again. It’s a logical means of progression, but it does feel grindy.

In the story mode, your two protagonists are the perhaps familiar Nobunaga Oda and Mitsuhide Akechi, who played a role in Japan’s unification. Samurai Warriors 5 takes time to step away from the hacking and slashing that the series if known for, and adds an interesting cultural/historic perspective to the game, told with an anime-like flair through cutscenes and dialogue. There are close to 40 characters in total, so expect plenty of intense dialogue along the way.

Some of these characters will also join you on the battlefield as secondary heroes, though the problem with that is that it doesn’t happen often enough. This isn’t an issue from a narrative perspective, but unused characters haven’t leveled up and thus feel underpowered in battle – forcing you to engage in another grinding loop in the citadel mode. There’s nothing inherently wrong with the mode, but it does feel like it takes you away from the incredibly fun combat just so you can level up a weaker character.

Part of what makes combat fun are the new ultimate skills, which are on a cooldown and give you boosts to your offense or defense or let you unleash really powerful attacks. It may be a mechanic that other fighting genres have already had for years, but it’s been so seamlessly integrated into a Warriors game that it works really well, even when combining it with existing combos.

Clear the story mode and you can reply stages if you’d like, but the bulk of the game lies with the lengthy campaign. It’s absolutely worth playing through despite the grindy aspects, and longtime fans won’t want to miss out. The new visual style is also excellent, though it’s a shame that Samurai Warriors isn’t making the leap to next gen yet. Despite a fresh layer of paint and excellent gameplay, it doesn’t feel like a massive leap forward – though it’s still a great game.