Gran Turismo 7 is quick to remind you that it’s the 25th anniversary of the franchise, and never stops feeling like a celebration of what came before – both in-game and in real life. Here’s our review of one of the most complete car racing experiences out there, done on a PlayStation 5.

Through a lengthy intro, Polyphony shows us the vast range of car and race types we expect from Gran Turismo 7, but it’s a bit of a slow burn once you get started. This isn’t a game for those who like arcade racers, want to select from a roster of a dozen cars and jump in. It’s not a hardcore sim racer either, as its driver model eases you in with easy to control cars not too unlike the ones you drive yourself. Over time though, the game will branch out through its almost constantly expanding roster of cars and event types will feel supremely personal in the way you can approach it – its greatest achievement, no doubt.

That sense of progression is reflected in the World Map, which isn’t overflowing with options when you start out. But as you start completing objectives, new things get unlocked that give you more to do and offer more rewards. Cars are the same way, as you start out with barely enough credits to buy a single used car from the lowest PP category, which stands for Performance Points and reflects how competitive your new purchase will be – races take place between cars with similar PP ratings, but can be from different brands and models.

This denotes a bit of a grind, but it’s only really felt in the beginning of the game, where the game takes you through the basics step-by-step, with simple races on an oval and short tutorials that you get scored on in order to earn your first racing license. Later on, the game branches out so much that it stops feeling like a grind altogether, letting you make the choices on whether you want to focus on upgrading your car, chasing new ones or beating objectives to gain access to new events.

Cars are a big part of the experience though. There are hundreds of them in the game, but Polyphony is eager to not just present them as having a unique look and driving model. They go above and beyond, with museum-like background information, short history lessons and little videos. It’s truly a dream come true for car enthusiasts, while these snippets are also short enough for a casual racer to find interesting. There’s a reliance on text in some of these aspects though, where we feel like a documentary-style narration would have been more impactful. 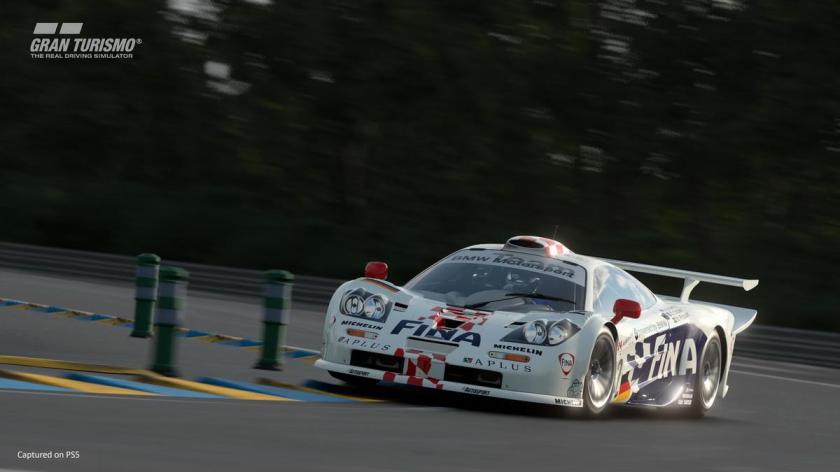 Of course many of these cars stay out of reach for a long time, especially when you prefer buying them brand new from “Brand Central” or when you’re going for some of the game’s more iconic cars. There’s a quick way to get them by buying additional credits with real money, but the game never forces microtransactions on you – the option’s just there if you want a quick route to your all-time favorite cars and don’t want to earn them over time.

In the in-game Café, which you’ll start visiting early on, you receive “Menu books”, a playful way of presenting you with objectives to complete – with incentives in the shape of rewards. Early menu books work help unlock multiple things are once (for instance by having you complete a license, which opens up more events), while later ones can be focused on building out your car collection.

World Circuits are events spread across America, Europe, and Asia, and offer a wide variety in terms of track type, race length and weather/entry conditions. Your car roster determines which events you can enter, so there are incentives towards progression in the core racing mechanics as well. New cars are also unlocked through missions, which are fun because of the rewards offered but also present players with specific and unique racing conditions, like nighttime events.

All that diversity translates flawlessly to the racing model, with responsive controls no matter which car you step into. The amount of power under the hood, the handling of the brakes – each car feels unique but handling them is always a blend of skill and experience. Very rarely does a change in stats result in frustration, and the game makes sure the learning curve isn’t too steep with its training/license events. Once you get more comfortable, you can also tweak your car’s settings, which we assume is especially great when using a high end steering wheel.

Gran Turismo has been a visual benchmark ever since the original PlayStation 1 release, and although the competition has definitely made great strides in this regard, Gran Turismo 7 is a gorgeous game to look at. Its menus are clean, elegant and stylish, almost to the point of being clinical, and the in-game visuals really start to shine once you leave the initial backdrops of oval tracks behind. Certain locations like Iceland are especially scenic, and the included photo/showcase mode lets you show off just how beautiful this game can be. As with its content, it takes a while for it to demonstrate its potential, but this is a beautiful game with tons of attention to visual details. The Music Rally mode also lets you race to a few amazing compositions, but feels like a standout extra feature rather than an integral part of the experience – which mostly doesn’t feature music prominently.

Gran Turismo 7 is like the vintage classic car that’s in mint condition. It’s not for everyone and you have to be patient for the game to unfold its wings, but once it does it really soars. Enthusiasts are going to certainly love it.