Every year, there are new games and franchises released to keep players entertained, excited, and, most importantly, spending money. Over the last two years, some of these games have included Elden Ring, Deathloop, The Last of Us Part II, and Resident Evil Village. Yet, ensuring that these games are a commercial success can be difficult since the games people want, or what they want to get out of them, changes annually. For instance, before 2008, indie games lacked visibility within the worldwide video game market. However, now, this genre sees heavy traffic due to platforms like Steam allowing indie producers to distribute their games.

When The Virtual World Meets The Real World

Another trend that has appeared in the gaming market is the desire for games to replicate traditional environments, atmospheres, and experiences. For example, video game producers can’t create music-based competition games that take place in a theatre anymore without staying true to the real environment, or players will be disappointed by the game’s lack of authenticity. In fact, a similar situation happened to Electronic Arts last year when the game developer received an influx of criticism from fans about the graphics in its FIFA 22 game. Not only were fans disappointed in the look of the soccer pitches in the game, but the actual player graphics too.

Even though virtual reality and artificial intelligence were always going to change the gaming industry for the better, this desire by gamers for authenticity and realism is why so many games are now available on standalone virtual reality platforms and devices such as Oculus Quest. Interestingly, this desire is also why there has been a rise in the popularity of live casino games in the iGaming sector.

Previously, online gamblers enjoyed the flexibility that iGaming platforms offer. The ability to play real money casino games from the comfort of your own home, without spending money on gas or public transport tickets, won many people over when gambling began its transition online. However, many individuals quickly realized that they missed the atmosphere of land-based casinos and interaction with dealers and other players.

With this in mind, online casino operators started launching live casinos backed by state-of-the-art live streaming technology to accommodate this increasing need within the online gambling community.  According to this review site, the best live dealer casinos today offer bonuses and promotions in addition to games with real dealers live-streaming on video from inside a game studio. When you play these games, individuals can interact with the dealers as they would in a land-based casino, which creates the next best thing to the traditional casino experience. 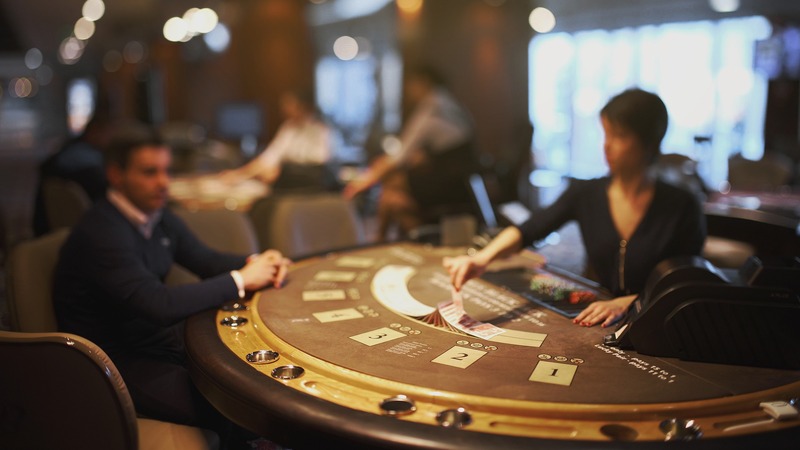 Additionally, this growing need for a more human connection could explain why few people play video games alone. Today, many people prefer using streaming platforms like Twitch since these services allow individuals to play video games and eSports while also filming themselves and communicating with viewers watching them from around the world.

Trends come and go in the entertainment industry, and video games and casino games are not immune to this. However, it seems likely that this increasing desire for authenticity in gameplay is something that’s going to stay relevant for a while, especially as technologies like virtual reality and live streaming become even more advanced.