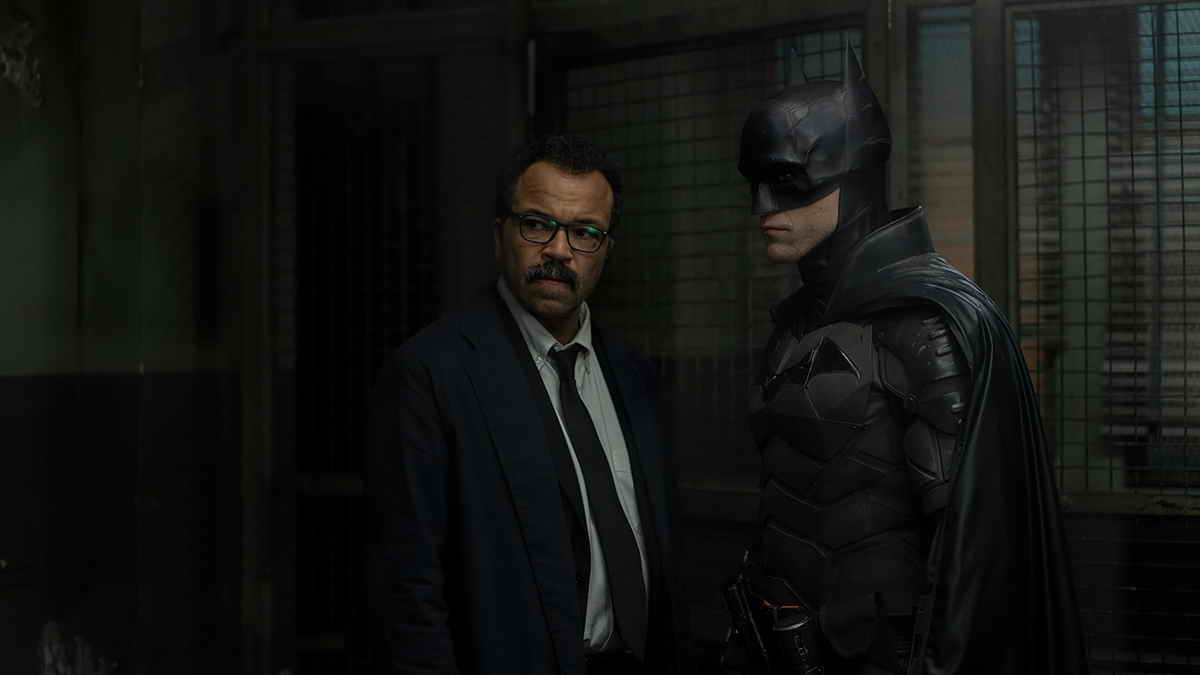 With more than a handful of reboots and actors playing the Caped Crusader, the world doesn’t seem like it can get enough of Batman. We were actually surprised at how well The Batman did when it launched earlier this year, so let’s take a look at the 4K Ultra HD BluRay release that’s now available.

When we think about The Batman, it’s hard to not think back to the public outcries when Robert Pattinson was hired to play the lead character. We personally didn’t have any strong opinions on the matter, but it seemed like the odds were stacked against this one – which felt a little unfair as we were mainly curious how it would turn out after the amazing Nolan trilogy and Ben Affleck’s run as Bruce Wayne that followed.

With so many Batman films and stories out there already, it was nice to see a fresh new direction with familiar characters. While Nolan went for a long story arch that dived into Batman’s training and origins and Zack Snyder went the traditional superhero route, The Batman feels more like a gritty almost detective-like approach with a depiction of The Riddler that’s far more haunting than the silly cartoon-like representations we’ve seen before.

The story actually kicks off two years after Batman’s introduced himself to Gotham, but he’s not making a lot of headway as crime is rampant and corruption is the rule rather than the exception. The mayor gets murdered by an enigmatic killer (The Riddler), and to track him down and deal with bad guys like Carmine Falcone and The Penguin, Batman joins forces with (Catwoman) Selina Kyle and Lieutenant Gordon, in a cast that includes Paul Dano, John Turtutto, Colin Farrell, Zoë Kravitz, Andy Serkis and Jeffrey Wright.

Over the course of its three hour runtime, there’s a lot more emphasis on Batman than there is on Bruce Wayne, which is a stark contrast with previous takes on the character. Wayne also isn’t a suave playboy here either, but seems to be suffering under the weight of the role of his alter ego. In many ways, it’s a choice that makes perfect sense and it aligns both roles in a believable and very tangible way. It makes for a riveting viewing, and even though it’s an extremely long film it doesn’t feel that way at any point – unless you start watching at 11pm and notice it’s almost 2am when you’re done.

With its almost noir-like detective approach, The Batman has some of the darkest visuals in any Batman movie to date, which makes for a viewing experience where the additional detail of 4K can make a big difference in bringing an eerie atmosphere to life. Nighttime scenes are often dimly lit, and danger often seems to lurk in or emerge from the shadows. Those shadows seem to persist in the daytime as well, and can be very effective. The biggest caveat here are probably your viewing conditions, as this is the type of film that works best when not viewed with tons of daylight creeping in.

Such a moody visual style deserves a matching audio track, and The Batman comes with a Dolby Atmos mix that delivers. The film features a ton of quiet conversations and even whispering, and these all come across well. There’s a nice verticality to the soundscape as well, as there always seems to be something happening overhead – from ambient noise to heavy rainfall. With amazing clarity, extensive use of surround sound and plenty of low rumbles during action and driving scenes, this is a fantastic demo track even though it’s not the kind of action spectacle that you get with a Marvel or Zack Snyder film. This is a great example of how a soundscape can breathe life into what you’re seeing on screen, so play this in a quiet environment with the volume turned up.

And if you haven’t had enough of director Matt Reeves’ excellent work after watching the main feature, the release also includes a disc with bonus features – the highlight of which is a lengthy “making of” documentary that runs for almost an hour. On top of that, there’s a series of shorter (5 to 10 minute) vignettes on specific topic and scenes, and two deleted scenes, combining to over two hours of bonus content that’s nice to see included on a first-time release rather than having to wait for some kind of “ultimate/collector’s edition”.

With that wealth of content and a stellar 4K transfer and ditto Atmos track, this is a disc that’s easy to recommend. It’s the kind of film that thrives on atmosphere and not just sheer spectacle, but this release more than delivers on both fronts. One of this year’s best films, and a great way to enjoy it.