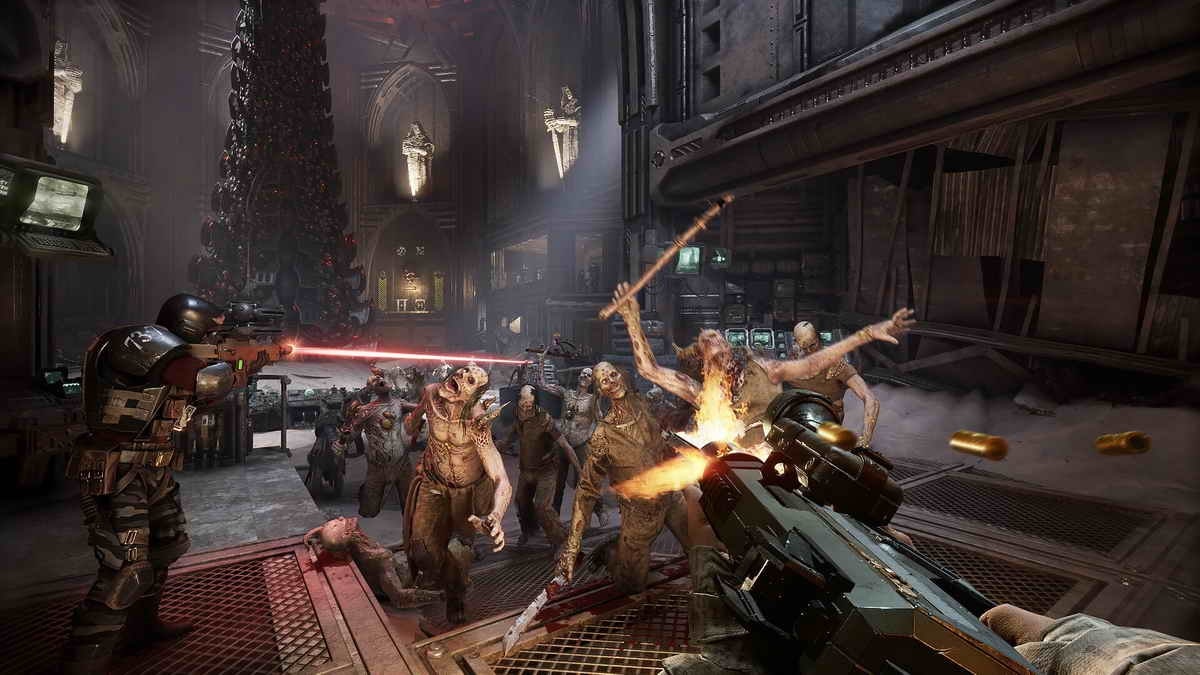 Warhammer 40K: Darktide is arguably the biggest release in the PC multiplayer domain this month – how did it turn out? We played Fatshark’s latest four player 40K game to find out.

If you’re familiar with Fatshark’s Vermintide games, you have a pretty decent idea of what you’re going to get here, and it’s been interesting to see the journey that the developer’s had with the game. When we first saw Vermintide in action, it was at an off-site demo during a trade show, yet this year many people had trouble getting into a playable session for Darktide during Gamescom because there was such an overwhelming amount of interest in the game.

Having just been shown the game during a developer-guided session, it showed us that anticipation was high, and people were really into the game’s formula of heading into battle against hordes of enemy forces with a balanced and cooperating unit of four – sometimes wielding guns but largely relying on your melee abilities as well. Partly because that’s the nature of Warhammer, but also because ammo tends to be relatively scarce and you can be left with your pants down if you rely too much on ranged weapons. 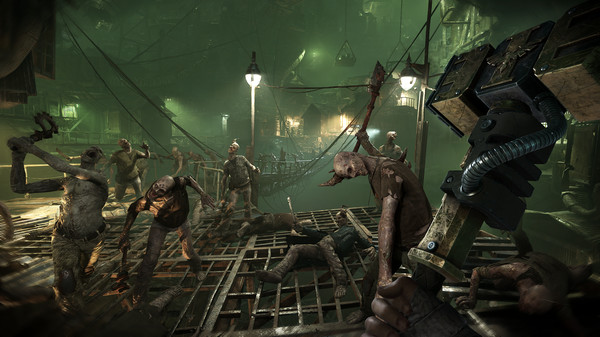 But while that’s definitely true for Fatshark’s two Vermintide games, Darktide feels more forgiving towards players who enjoy ranged combat and guns. It’s a change for the better as far as we’re concerned, as it allows you to bring in more FPS-oriented players and develop some new tactics, going in close while someone else stands back and takes out some of the enemy snipers that would otherwise cause you problems.

And although most of Darkside is an all-action affair, there’s a story behind all the bloodshed as well. As an inmate, you’re being offered a reduction of your sentence for carrying out tons of murders for the Emperor. So when you’re ploughing your way through hordes of fanatic heretics and plague-ridden monsters, as least there’s something in it for you as well.

Darktide, more so than Vermintide, also conveys a sense of story within your missions, feeling less arena-based than Vermintide sometimes could and instead moving you through locations that manage to fascinate with a good sense of atmosphere and a diverse nature, at least visually – and there’s also a fantastic soundtrack to support it all. Gameplay-wise, however, you’ll notice that the same objectives get repeated too often – there are only so many times you can hack down enemies or place/defend/move a device before it feels a bit repetitive, at least from a narrative point of view.

If you don’t care too much about said story, then at least the combat feels excellent – it’s very visceral and when you play with one of the larger/stronger characters you can almost feel the weight of your axe as it connects with an enemy. Such characters, like the Ogryn, can even bull rush towards an enemy, making even more use of its strength and size. And with ranged combat now being a larger part, it’s nice to see that melee and ranged feel well balanced between the two, at least in a unit that works together. Otherwise, expect to run out of bullets quickly, and die in melee combat without the support of your shooter. 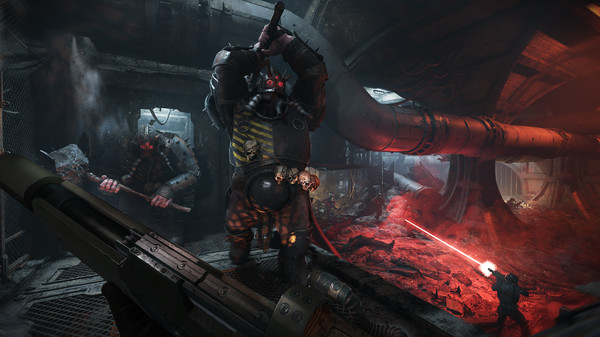 Cooperation is a necessity here, and you can tell that it’s a gameplay element that Fatshark’s been working with for a number of years. In-game that means you’ll recharge your shields by being close together, and outside of games you’ll notice that Darktide’s matchmaking works great as well, as does the in-game balancing act between the various character classes/special units. On both sides of the battle, as enemies can be divided up into a variety of familiar archetypes as well.

What hurts the experience, however, is that the game struggles to perform well on what we consider to be average settings – and that’s despite the game having a GTX 970 as a minimum requirements and us running the game with a GTX 3060, the game’s recommended spec. Darkside’s going to need to be optimized post-launch, and feel like it was rushed out the door a bit too quickly to make its holiday season launch window.

This can also been seen in the game’s relative lack of content, especially in terms of weapon diversity and the availability of ways of customize your loadout through crafting. Both elements will be added/improved post-launch, but right now it holds the experience back a little as the options to make a character (and playstyle) your own are limited.

If this wasn’t a Fatshark game, we’d have trouble recommending it, but we’re fully aware of how well the developer has supported their previous games post-launch. We wish they had released this one later though, or in Early Access first, because right now we’re looking at a great audiovisual presentation and solid gameplay fundamentals, but also at unrealized potential – and a game that would have scored a full point higher a few months from now.