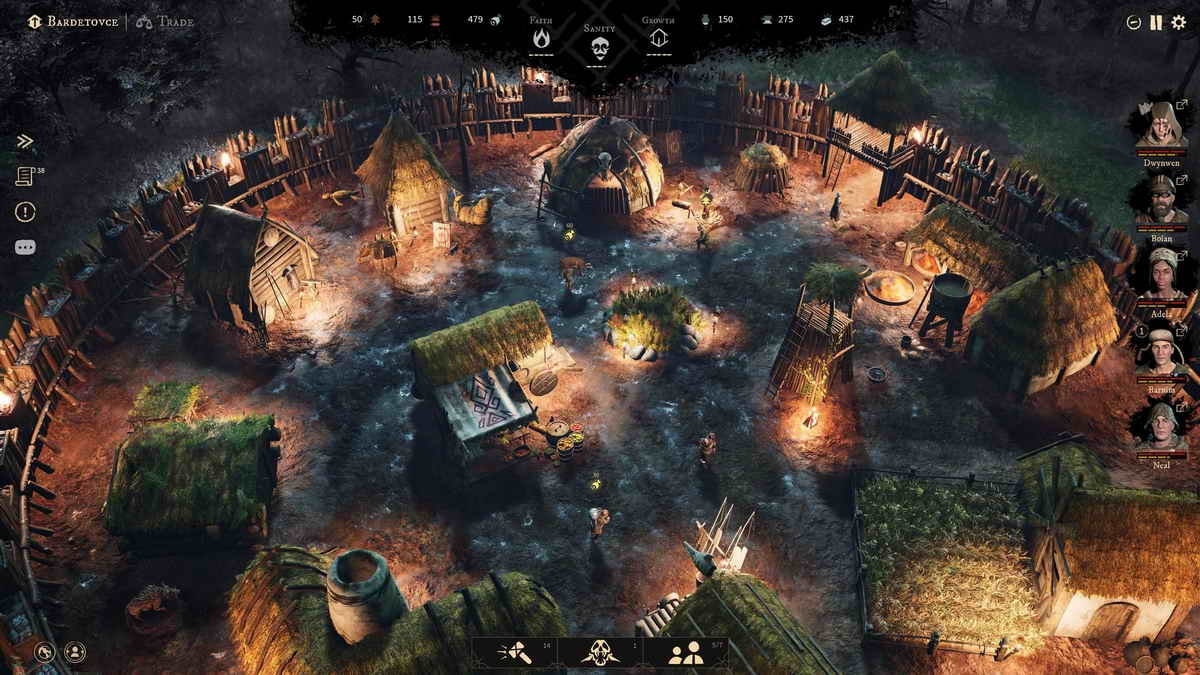 This January, we’re taking a look at some of the games we think could make a splash in 2023. One of them is Gord, an ambitious mash-up of styles. Part city builder, part dark fantasy adventure and part survival game, it’s promising to be a unique experience from relatively new developer Covenant.dev and publisher Team17, and we like what we’ve seen thus far.

Convent.dev definitely isn’t a household name yet, but some of its developers previously worked at CD Projekt RED on games like The Witcher 3. One of them is Stan Just, whom we had previously met during his time at CDPR and who showed us the game as the game director for Gord. And if one thing became clear, it’s that Gord isn’t another take on their work at CDPR, and that the developer isn’t afraid to do something that hasn’t been done before, layering a ton of mechanics on top of one another.

The only comparison you could make to The Witcher is that Gord also has its roots in Slavic mythology and fantasy, but the titular gord is best described as a home village from where your strategic adventure starts. It’s more than just a home base though, as city building is an important element of the game, allowing you to place and upgrade buildings and engage in quests that you can pick up from its inhabitants.

Your gord can eventually grow into a place of size and significance, but as a dark fantasy game there is always the danger of attacks from other tribes or the monsters and dangers that lurk in the surrounding woods. As such, defending your gord and engaging in combat are as important as managing your town and keeping people happy – which applies to both the story-driven campaign and the (customizable) scenario-driven mode that’ll be included. 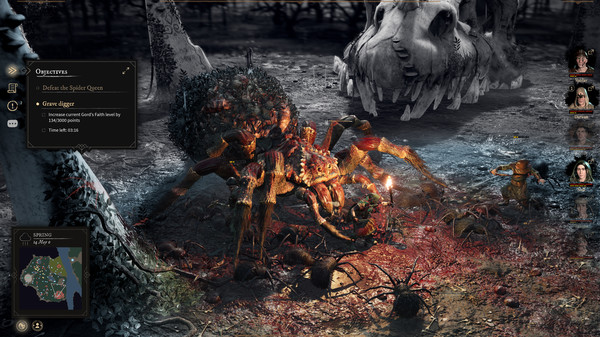 Quest objectives and outcomes, at least in the story-driven campaign, can tie into one another and affect the course of the story – though not too much is known about the narrative at this point. Instead, we got a look at the strategic gameplay that you’ll encounter when you head out to go on quests – gameplay that introduces a touch of magic as your spell repertoire can be as important as your weapons loadout.

Another interesting mechanic is that the horrors that surround your gord, and the constant danger, also weighs heavily on your people. You’ll have to keep their sanity up, and to this end you’ll want to provide ways to unwind so they stay in good spirits – easier said than done when invasions, monsters, sickness and hunger always seem to be just around the corner.

Team17 has a great track record of selecting quality indie games, but Gord seem like it’ll be something special in their 2023 lineup. Where most Team17 titles have a relatively simple but addictive formula for a “can’t put it down” kind of experience, Gord promises to be multi-layered, complex and engaging in another way. So far we haven’t been able to hands on with this one just yet, but we can’t wait to do so.