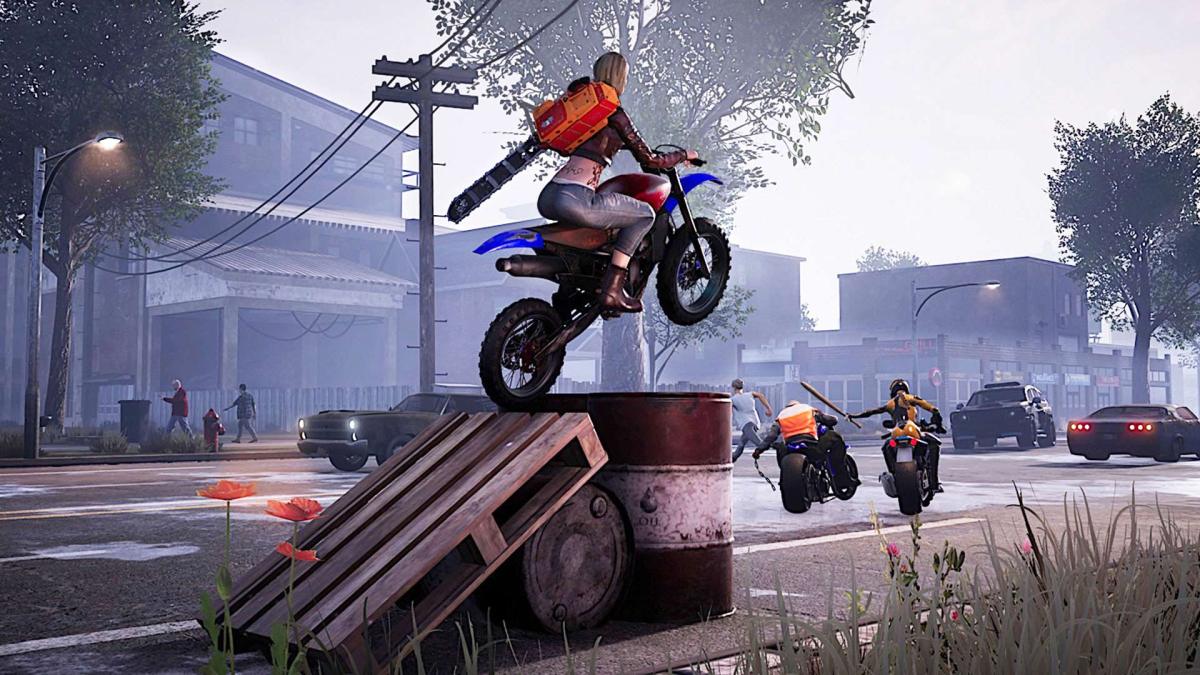 Road Rage by Maximum Games is the second arcade racer I’ve tested this week. I played it on Xbox One, though the game is also available for PC and PS4 owners.

Some games really tickle that nostalgia itch very well. When I heard about Road Rage, I immediately thought back to the motorcycle titles I had played over twenty years ago – even to the degree that I thought those were also called Road Rage and not, in fact, Road Rash. Unfortunately, Road Rage isn’t a reboot of that series – nor is it a worthy spiritual successor.

It’s a motorcycle combat game in an open world environment with both story driven missions and optional side missions. In terms of structure, that’s a little like Need for Speed: Payback – and the same can be said about the nature of the various missions that are available. Some are getaway missions, others focus more on stunt work, and there’s a fair share of combat and carnage as well. So far, so good!

The delivery of Road Rage doesn’t come close to Payback though. Its story is presented through stills, cell phone messages and voiceovers, and the in-game graphics aren’t exactly next-gen either. The drawing distance is relatively short, there’s a greyish fog that makes things look relatively bleak and steering and fighting look a little jittery due to a lack of animation. Crashes look plenty painful though, evoking quite a few “ouch” comments while playing.

The actual racing isn’t too bad, as it does evoke memories of the racers of the nineties – it’s as if you booted up a fairly decent Playstation 1-era game, but with high res graphics. It’s not nearly as refined as a present-day racer, but it’s functional. The combat, however, feels too crude to be enjoyable – a simple case of button mashing, flailing a weapon around and seeing others go down. 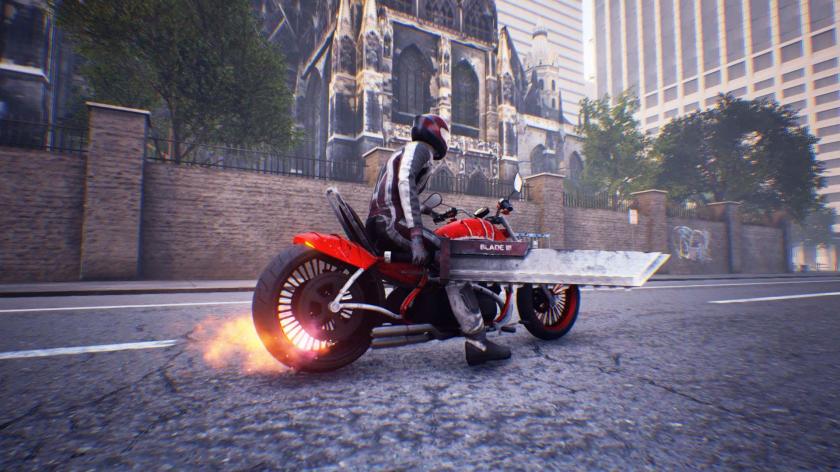 Making matters worse is that Road Rage, at least at launch, seems to have its fair share of glitches and bugs as well. Riders can fall right through the scenery after or during a crash, or can get stuck in it – unable to move. I didn’t experience any crashes, but heard of others who had. It makes the final code for the game feel kind of sloppy, which I suppose is also what hurts the combat – hit detection can feel random, negating much need for real skill and taking away a good deal of satisfaction in the process.

If you do end up purchasing Road Rage, I would suggest sticking to its races. Those generally work and echo some of the enjoyment of an early nineties arcade racer. I wouldn’t buy the game for that reason, but if you’ve already taken the plunge (or can’t shake your yearning for nostalgia and buy it anyway) then I’d stay away from combat. Ironically, since it’s supposed to be the meat of the game. If you enjoy arcade racers, save up a little more and buy Need for Speed: Payback instead.