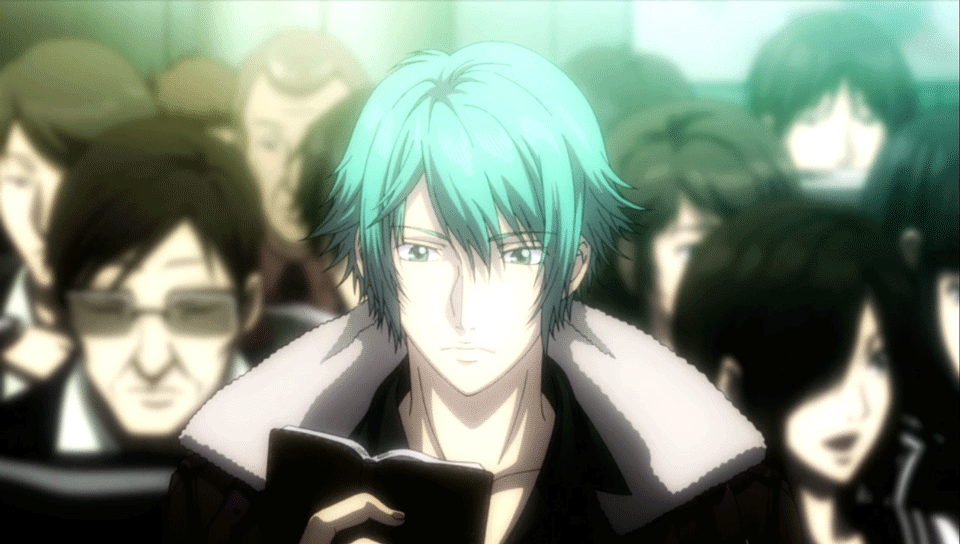 The Lost Child, out now in the west on PS4, Switch and Playstation Vita, is NIS America’s latest conversion of a game previously available in Japan. Adding to an already strong NISA library on the Vita, we tested the game on Sony’s handheld.

A combination of dungeon crawler and RPG, The Lost Child’s gameplay quickly resembles familiar genre favorites, but it has an interesting premise of its own to set things up. A supernatural mystery at heart, you play the role of an investigative journalist who goes to Tokyo in order to get to the bottom of a recent string of suspicious suicides.

He quickly learns that something far more dark and sinister is afoot, but has to dive in deeper in order to find out what’s behind all this and save the world he knows. Luckily, investigating the occult is Hayato Ibuki’s career and passion – though he didn’t count on getting caught between the forces of heaven and hell and being handed a “God weapon” with which he can try to vanquish his foes. 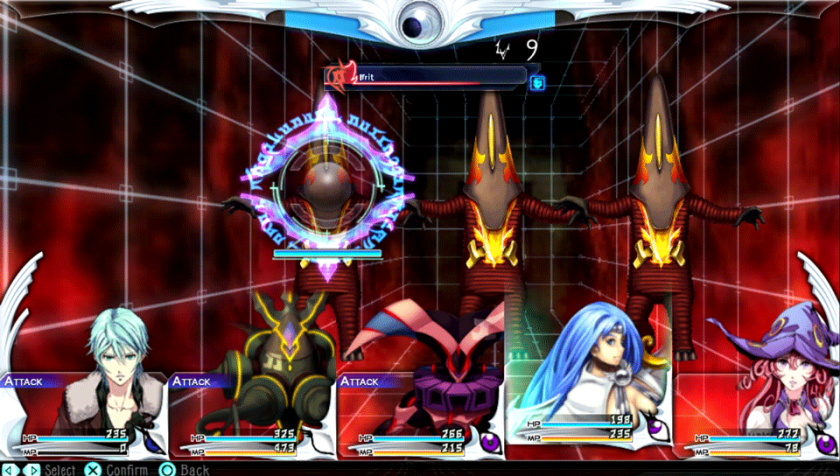 It’s a storyline setup that fits right in with other dungeon crawler games, quite a few of which were also brought to the west by NIS America – odds are that if you’ve enjoyed their previous dungeon crawlers, you’d enjoy this one too, despite a gameplay style that can start to drag a little after a while and has more polished examples of its style out there.

Exploration and story development is mostly handled through visual novel-style cutscenes and a few choices you can make during conversations, with the bulk of the gameplay reserved for 3D dungeon exploration and turn-based combat with various monsters. There’s an interesting twist to these monsters as well, since you can use the aforementioned “God weapon” to turn them over to your side and fight alongside your party. This’ll cost you karma, of which there are three types – and which also acts as an in-game currency of sorts. It makes for a few interesting choices in terms of party and resource management, but most of that really only plays into the boss fights you encounter from time to time. 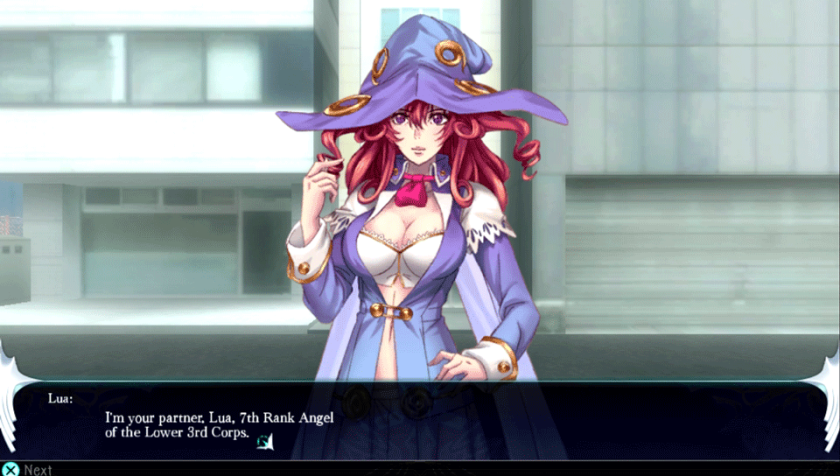 Both the dungeon exploration and combat sequences aren’t terribly thrilling and I’d call them almost formulaic. Combat feels like you’re just trading attacks and hit points (there’s not much more going on, visually), and a dungeon’s corridors all look the same – leaving you little in terms of markers that help you get around and making you just glance at the grid-based map instead. Things get a little more interesting when obstacles are introduced to dungeons later on – like doors that can only be opened when you find the corresponding switch.

The game’s boss fights are fun and challenging, as how you leveled up your party members will matter greatly in how successful you’ll be – introducing a degree of strategy to the combat that’s mostly missing from other confrontations in the game. Characters can be leveled up, and there’s an option to transfer abilities between party members as well – allowing for a bit of experimentation along the way.

As a Vita game especially, I wouldn’t hesitate to recommend The Lost Child to fans of the dungeon crawling genre. The combat and dungeon design aren’t among the most impressive examples of their kind and I would have appreciated a little more visual diversity in both areas, but I’m more forgiving of this on the Vita than I would have been on the PS4. Even on the Vita I’d still wait for a sale considering the better examples out there in the genre and the fact that this is released at full price, but for the Vita dungeon crawler enthusiast The Lost Child is a nice diversion – despite an occasional lack of polish and challenge.