Phantom Doctrine, CreativeForge’s take on a cold war spy thriller in the XCOM mold, is now out on PC, Xbox One and PS4. Published by Good Shepherd, we played the PS4 version of the game for this review.

Some games wear their inspirations on their sleeve, and Phantom Doctrine is one such game. A quick gameplay video or even a batch of screenshots will quickly tell you that the Firaxis series of XCOM games heavily influenced the design decisions made for Phantom Doctrine – but that was exactly why I was looking forward to playing it. Luckily, it’s more of an homage than a carbon copy (or even ripoff) – mainly thanks to its setting and how it’s implemented.

The most obvious difference from XCOM is also the most impactful difference – the game’s cold war setting exchanges the “humans vs aliens” setup with a “CIA vs KGB” scenario, and you can play as either side of the conflict. It takes place in the latter years of the cold war era (1983), which means that there’s plenty of James Bond-type spy tech in place that doesn’t seem too far-fetched for the time. 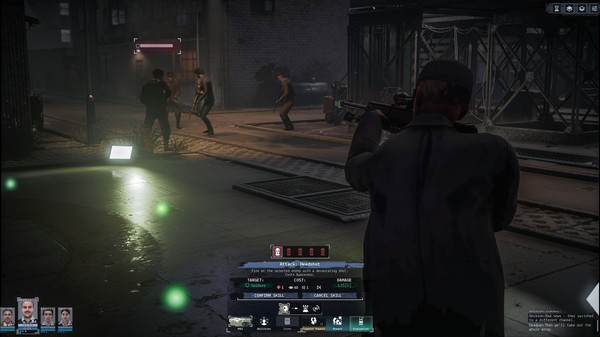 The cold war era backdrop also means that Phantom Doctrine isn’t the most colorful game around – expect lots of drab looking brown and grey hues throughout. There is plenty of detail in the graphics, but the color scheme isn’t too exciting – which I suppose is about what you would have encountered while walking through a cold war era city.

Phantom Doctrine is absolutely full of cold war clichés – double-crossing spies, deadly traps, deserters, hidden microchips and tons of conspiracies and mistrust. You’ll also encounter some of the “femme fatale” elements that make you think that MI6’s most famous agent must also have served as an inspiration for this USA vs USSR story.

Despite many of the screenshots and the gameplay footage I’d seen, Phantom Doctrine isn’t all about XCOM-style (turn-based) confrontations with spies instead of aliens. You’ll spend a fair amount of time using the game’s map and briefing room – which is kind of our “case file”. You use the map to divert agents towards recon sites and make sure you get the intel you need, and use the briefing room to piece all the clues together. Doing so is a bit of a (casual) puzzle, where you combine different elements (connecting them with strings on a board) to get a picture of who your intended target is. When you do – you get to launch into a mission where you take on that target.

It’s a different approach than XCOM’s base management-centered breaks between missions, and it fits the spy theme really well. Things aren’t so different from XCOM when you head into a mission, but I would have been more surprised if that hadn’t been the case. It’s turn-based, there’s a very similar cover system and your relative position to your target matters in how much damage you get to deal. Get hurt, and your agent is out of commission – at least for a while. And, as is the case in too many turn-based games, Phantom Doctrine can make you feel like the AI is cheating – hitting you when it shouldn’t. It’s not game-breaking, but can be frustrating when it feels like an unfair difficulty spike.

There’s a risk and reward system in place that works well, as secondary objectives grant you a bonus through extra weapons and/or items, but you can end up losing the level when you go for them. Part of that is that mission elements can be timed, which puts extra pressure on you to risk leaving your otherwise very careful spy routines. A mechanic called “awareness” plays into this very well, and encourages stealthy gameplay.

All in all, CreativeForge’s take on the XCOM formula is one of the better examples we’ve seen so far – and extra enjoyable if you enjoy a bit of spy pop culture. Though it’s very much a turn-based strategy game at its core (which has a few shortcomings), it’s one with a ton of unique character.