One of Soedesco’s most ambitious titles ever, Omen of Sorrow has just launched as a PS4 exclusive. Here’s our review.

Developed by AOne games, I was surprised to learn that Omen of Sorrow was created in Chile. Not just because you don’t run into developers from Chile every day (I remember 1C’s The Watchmaker as my only other example), but also because it’s a game steeped in European literary horror history. Clearly, the people at AOne are fans.

With a AA price point, Omen of Sorrow is also going up against some of the great fighting game franchises out there – which is another surprise considering that Soedesco is usually on the budget-friendly end of the spectrum and also known for some excellent niche/indie titles. But, if there’s a period to break into the fighting game market, it’s probably this season – with SoulCalibur being the only other big title in the genre while others (like Tekken 7) are happy to just keep releasing new content for existing titles. 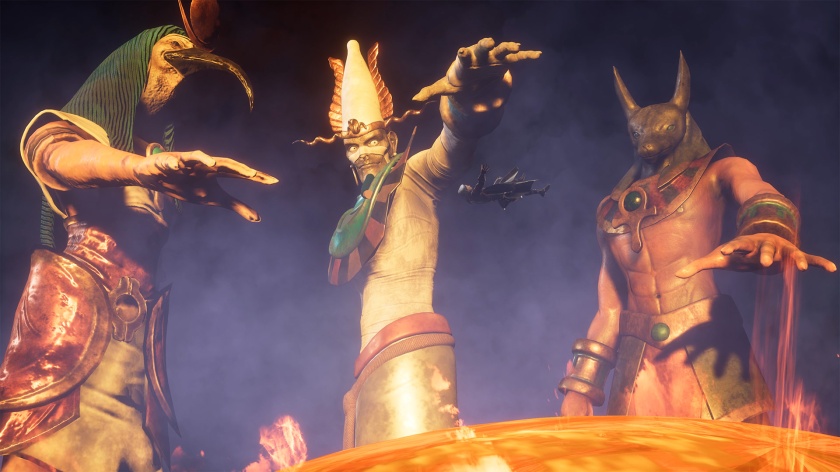 Without a high profile license behind the game, AOne has picked a pretty interesting take on the fighting genre. They obviously can’t borrow from the Marvel or DC Universe catalogue, and their choice to go with a horror/monster theme works well. Sure, they’re not named like you’re expect (because yes, they also don’t have the rights to any of Universal’s famous monsters, for instance), but they’re instantly recognizable. You’ve got a character that takes after Dracula, one that’s like Frankenstein’s monster, a werewolf, Imhotep (the mummy), Dr. Hyde and Quasimodo, just to name a few. On the other side, you’ll also find human monster hunters – a nod to the Van Helsing family.

There are only 12 characters on the roster though, which isn’t a lot when you consider Tekken 7’s 40+ cast, 20 of whom were available at launch. With that base version of Tekken now regularly on sale for about half the price of Omen of Sorrow, AOne’s fighter becomes a tough sell when you just consider the roster. Luckily, there’s more to this fighter than just its star cast.

Omen of Sorrow’s fighting system revolves around rewarding and/or punishing you based on your play style – where an offensive play style is obviously preferred. And sure, we’ve all seen the charged attacks in other franchises that more or less work this way, but Omen of Sorrow takes the concept quite a bit further though its Fortune/Fate system.

Playing defensively doesn’t just diminish your chances of unleashing special moves and combos, but you might end up in a “Doomed” state because of it – which disables part of your moveset until you snap out of it again, making you super vulnerable for a while. Fighting offensively, on the other hand, can get you to a “Blessed” state, which is essentially a supercharged mode that makes it a lot easier to string attacks together and deal a lot of damage in a short amount of time. 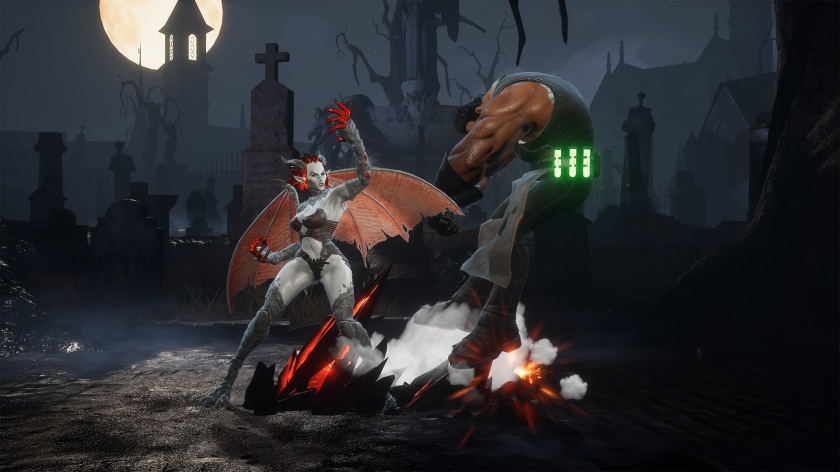 Because of this system, players tend to expose themselves to potential attacks more, creating opportunities for their opponents to capitalize on that. It’s a great risk vs reward system, though I felt that its implementation did suffer from a few balancing issues where certain characters had more to gain/lose than others – something that also affects the roster outside of the Fortune/Fate system, with attacks that can just be repeated without any (apparent) way to do anything. Nothing out of the ordinary for the genre though, in which post-release balancing updates are extremely common and sometimes even lead to re-releases (as we’ve seen with BlazBlue, for instance).

In terms of gameplay modes, Omen of Sorrow has a story campaign, survival mode and arcade mode, and they work as you’d expect if you’ve ever played another fighting game. There are plenty of unlockables throughout the game as well, but the game still feels more or less like a bare bones approach to fighting.

I liked the game’s visual style a lot, even though it doesn’t have the technical polish that games like Injustice 2 have. The horror theme in Omen or Sorrow obviously makes for some darker visuals, but it’s a style that reminded me of Killer Instinct mixed with a bit or Mortal Kombat. Most of the new names in the fighting genre go with an anime style, so I was glad to see an ambitious developer try to compete with the big boys on their own turf.

Having said that, its price point does set Omen of Sorrow back a little. Even though I loved the setting and the fighting was fun, you could also pick up one of the older titles like Injustice 2, Tekken 7 or Street Fighter V for that price – all of which are superior fighting games. If you’ve already gotten them, then Omen or Sorrow is a solid and fun new diversion worth trying out for fighting fans. I just wish it had been launched at a 30 euro/dollar price point – it would have been really competitive that way.