Melbits World just launched as part of Sony’s new wave of Playlink-enabled titles for the PS4. After previous Melbits titles on mobile platforms, Spanish developer Melbot (see the theme here?) makes its console debut here. Time to check it out.

When I suddenly saw a handful of Playlink titles being announced, I was surprised. Sony launched the technology/platform last year and we saw a handful of titles then (including the impressive looking Hidden Agenda and a new Singstar title), but then it became more than just a little bit quiet around Playlink. Until now, and it seems like Sony has determined they need “Playlink week” every year, because all of the announced titles are coming out within the span of about seven days.

Melbits World is a cute and family-friendly puzzler based around cooperation. Visually, it’s not unlike Captain Toad: Treasure Tracker, although it doesn’t involve the rotation element that that game offers. 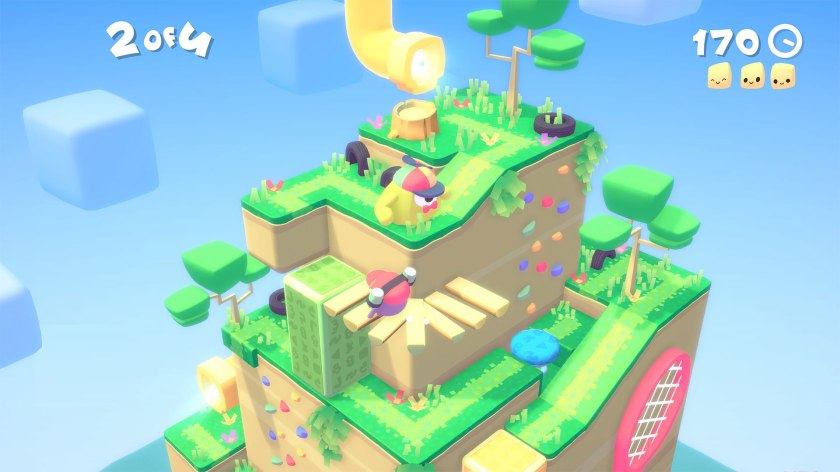 Instead, each Playlink-enabled player (you need an app on your smartphone or tablet to engage with the game) controls a certain element in the level, which sees you tasked with getting a group of cute little Melbits to their objective. This can mean sliding a spring-like tile back and forth, rotating a board, moving a block up and/or down, etc.

It’s fairly straightforward, but that’s part of the appeal here. Melbits World is super easy to control thanks to its minimalist controls (which are literally often just sliders on your smartphone) that even young children can work with when they’re not quite ready to handle the 10 or 12 button control schemes that other games impose on them. 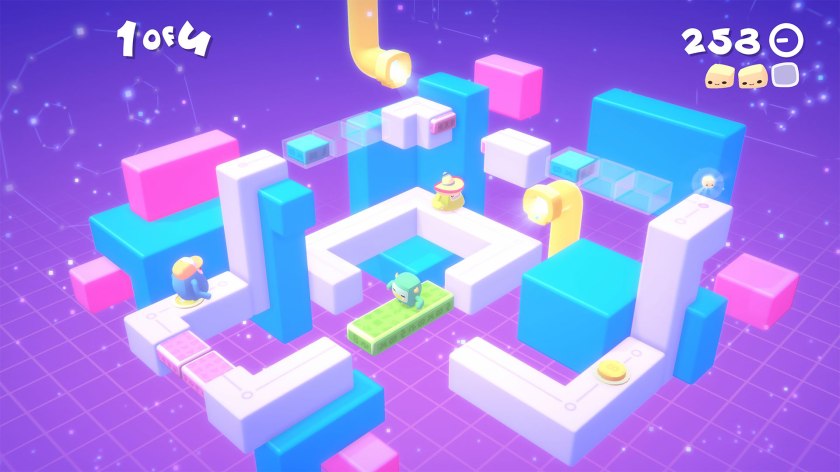 What helps with this is that Melbits World is visually appealing to a younger crowd as well. I made the comparison to Captain Toad earlier, and it’s great to see a Playlink title that echoes that “Nintendo-vibe” for PS4 gamers with young children – something that extends to the audio as well.

Things do get more complicated as you go on though, as cooperation and timing become crucial to your chances of success. While earlier levels are basic in terms of only giving you and your teammates a very limited amount of objects to control, things ramp up in later levels – which is where communication becomes crucial. This makes Melbits World a great game in which you’re not just playing with your kids, but also communicating with them as you try to solve problems together. It’s not a revolutionary game when it comes to its gameplay or level design, but it certainly is one of the most intuitive and fun Playlink titles so far – one where it makes perfect sense for it to be a Playlink title too, whereas others would have worked just as fine with a controller.