A bit of a surprise release for me, Space Pirate Trainer just launched on Playstation VR! A much loved title on Steam-enabled headsets, I finally got to try out this sci-fi wave shooter by I-Illusions.

Space Pirate Trainer’s release wasn’t just a surprise, it was also a pleasant one. It’s a game that was making waves in the VR community even back in the days before Playstation VR launched, and my experiences with the medium were mostly restricted to the odd demo here and there. I had heard good things about Space Pirate Trainer and looked up some screenshots, but it took two and a half years for me to finally go hands on with it – about a year after the game left early access on Steam.

Since early 2016, however, we’ve had some pretty good wave shooters – some of them landing on Playstation VR as well. Blasters of the Universe was excellent, and Operation Warcade and VR Invaders also stand out as good examples in the genre. Two out of those three also feature a sci-fi theme, so I was wondering how well Space Pirate Trainer was going to fit into that crowded space. Luckily, it fits in just fine. 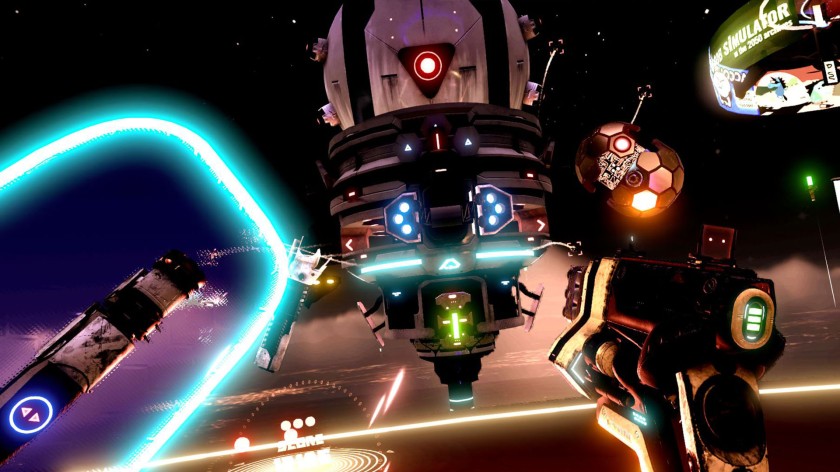 Most of that is not because Space Pirate Trainer takes some kind of highly original approach to the genre – it’s because it handles what it does, and handles it well. A pair of Move controllers translates to a dual gun wielding scenario in the game, with the option to swap out one of your guns for a (Tron-like) shield or ‘space baton’ to fend off incoming attacks and activate in-game turrets to help you.

A wave shooter in its purest form, devoid of any kind of campaign or storyline, Space Pirate Trainer has you warding off a range of drones and robots as you figure out how to best dispose of them. Different enemies are vulnerable to different ammo types and weapons, so you quickly get a hang of switching on the go and multi-tasking rather than just mindlessly shooting at everything that moves. There’s also a slow motion effect that kicks in when danger gets especially close, triggering a Superhot-like mechanic that both looks neat and makes you feel pretty awesome as you weave your way out of danger. 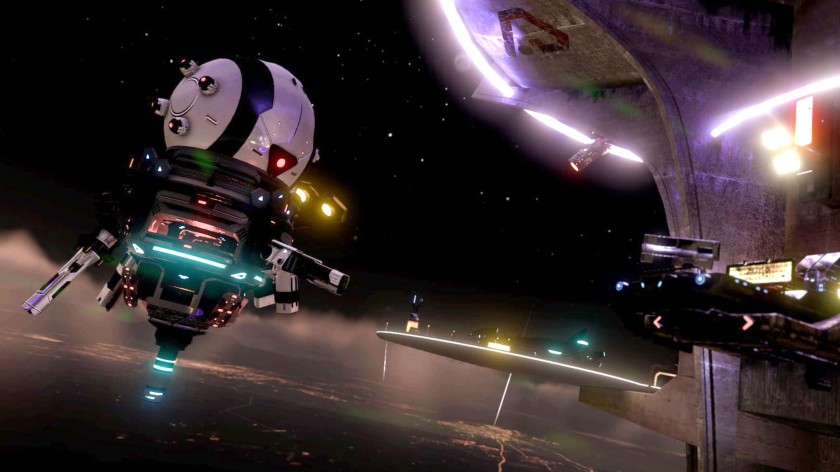 Mindlessly shooting also doesn’t work because your guns will overheat, adding yet another element into what feels like a wonderfully balanced mix of wave shooting action. Between the different enemy types, weapon types, ammo types, turrets, slow motion effects and the overheating guns, things get very involved quite quickly.

The lack of a campaign mode and four gameplay modes that feels strikingly similar to one another don’t help in making this a game you’ll want to play for hours on end, but it’s a title that’s easy to come back to. Accessible yet hard to master, it’s also a good game with a few friends where everyone can have a go and then take a break – with everyone pretty much guaranteed to want another go after they see their buddy fail (or succeed, for that matter). A great addition to the PSVR library of wave shooters.