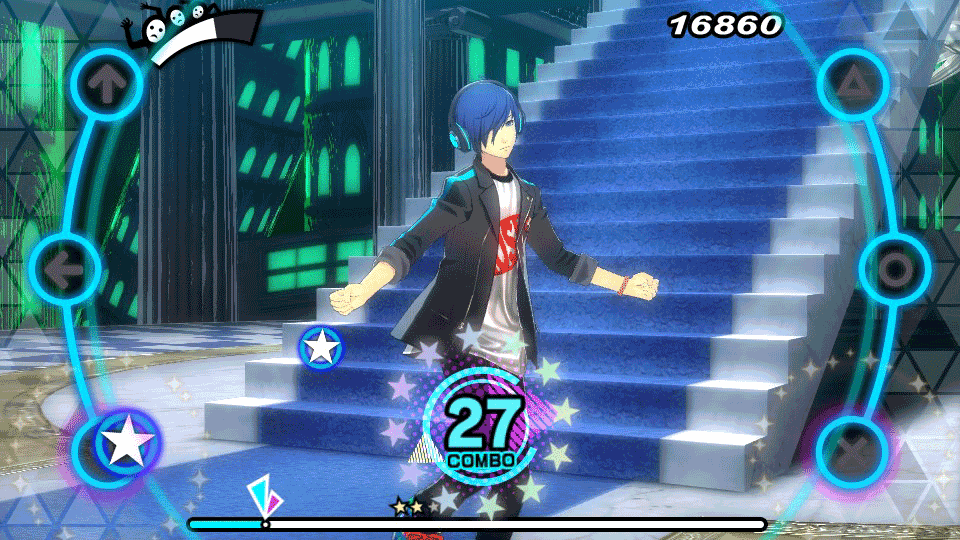 Persona 3: Dancing in Moonlight and Persona 5: Dancing in Starlight, available either in a bundle or as separate purchases, are coming out early in December for Playstation 4 and the Vita – marking one of the year’s biggest releases for Sony’s handheld. Having played Persona 4: Dancing All Night back in 2015, we couldn’t wait to get started with the two new rhythm games from Atlus.

Patience is a virtue if you’re a fan of the Persona franchise, and you need to be pretty flexible with your gaming systems as well. Persona 4 Golden is still regarded as one of the best Vita titles of all time, but it came four years after the original PS2 version and fans had to wait five more years for Persona 5 to come out. That was never available on the Vita, but only on PS4 and PS3 – the PS3 that only got the Persona 4 Arena spinoff and never the original game. Still with me?

Luckily, Persona 3: Dancing in Moonlight and Persona 5: Dancing in Starlight are multiplatform titles that are available on both the Vita and Playstation 4 – the latter of which is also getting the 2015 Vita title Persona 4: Dancing All Night for the first time. We reviewed that particular game on the Vita back in 2015, and P3D and P5D follow a similar pattern even though the PS4 versions come with PSVR support as a cool little extra. Don’t expect a VR adventure though – VR support applies to a character viewer.

Let’s address that I always thought that turning the Persona franchise into a rhythm game was both a fascinating and weird choice – and it’s a feeling I couldn’t shake while playing these two new Persona Dancing titles. On the one hand the music in the core games is brilliant and it makes perfect sense to explore that musical avenue further, but on the other hand it feel counterintuitive to do so in a game that’s celebrated for its narrative structure as well.

I bring this up for a reason, because the dilemma is more present here than it was in Persona 4: Dancing All Night. Even though it wasn’t Persona-worthy when compared to the likes of Persona 4 Golden, Dancing All Night did have a story to tie all the dancing shenanigans together. In Persona 3 Dancing and 5 Dancing, this narrative element has been dialed down to almost zero – positioning the titles more strongly as rhythm-based games rather than Persona spin-offs. 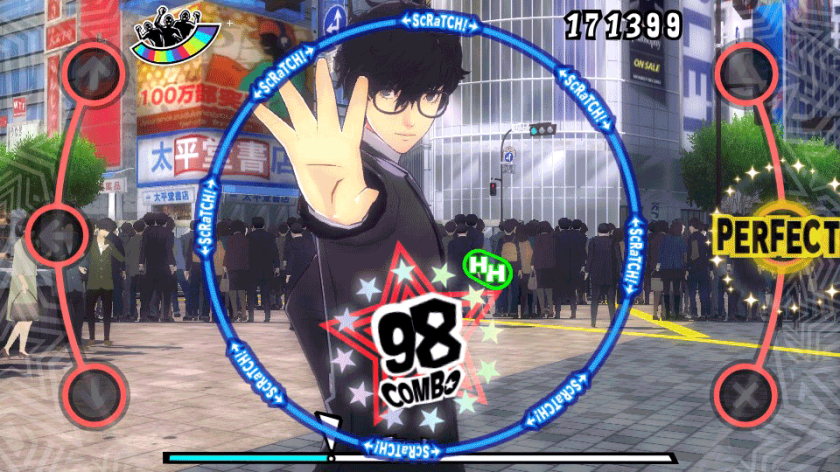 I’m not really happy with the choice, as I’m a bigger Persona fan than I am a fan of rhythm-based titles. I enjoy them well enough and have tapped along to plenty of titles in the genre over the years, but even though I enjoy Persona’s music a lot I do tend to gravitate more towards rhythm games with broad and diverse track lists. With about 25 tracks each, these games don’t fit that description – which wouldn’t be a terrible thing were it not for the fact that they are going for 60 dollars (or euros) each.

That probably sounds overly harsh by the way, since I did enjoy my time with both new Persona games. They feel like a warm bath not only because the music brings back memories, but also because the gameplay is instantly familiar if you’ve played Dancing All Night before. Dpad (left) and face buttons (right) correspond to the six note columns on-screen, and since the system is the same on each system it’s easy to switch between PS4 and Vita should you choose to get both (no, there is no cross-buy here). 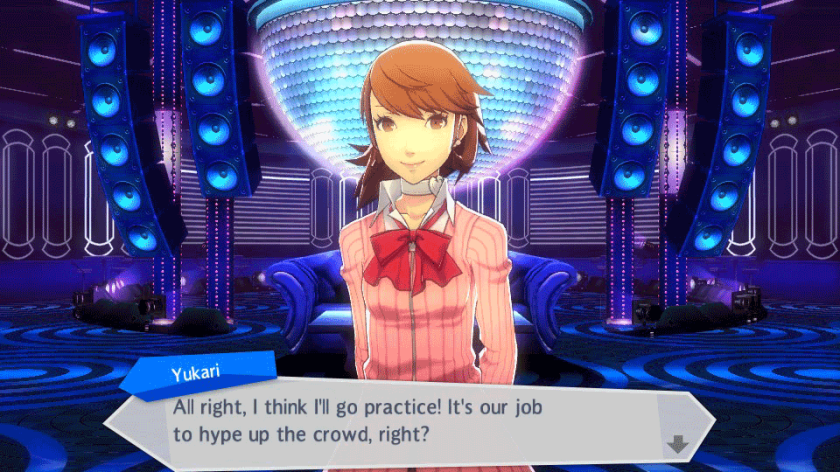 Most of the other controls are reserved to hit scratch notes, which in turn help you fill up your Fever meter. When you do, a sort of boost move triggers where a group dance ensues and your score multiplier goes up rapidly. Even more important is the audience meter, which determines how well you’re doing. You don’t get booed off the stage when you do poorly, but if you reach the end of the song while below a certain level you’ll fail that song and have to try again. It’s an oddly forgiving system though, because you can more of less sleep and/or fumble through the first half of the song and then still pass by doing well in the latter part of the song. Then again, it’s better than never getting to the end of certain songs at all – as frequently happened to me during the Guitar Hero era.

The controls are responsive, and the audiovisual presentation is excellent – crisp high definition artwork and an impressive character viewer on the PS4, and some of the best visuals I’ve seen this year on the Vita. The music’s impressive as well – I just wish there was more of it.

If you played and enjoyed Persona 4: Dancing All Night then it’s a pretty safe bet that you’ll enjoy these two new entries as well – especially if you’re a long time Persona fan who’s familiar with the tunes. It falls a little short of the mark as a rhythm game though (mainly due to a lack of content for the price) and it’s missing that narrative brilliance of other Persona titles, so it’s hard to recommend the game to those who are purists of either genre.