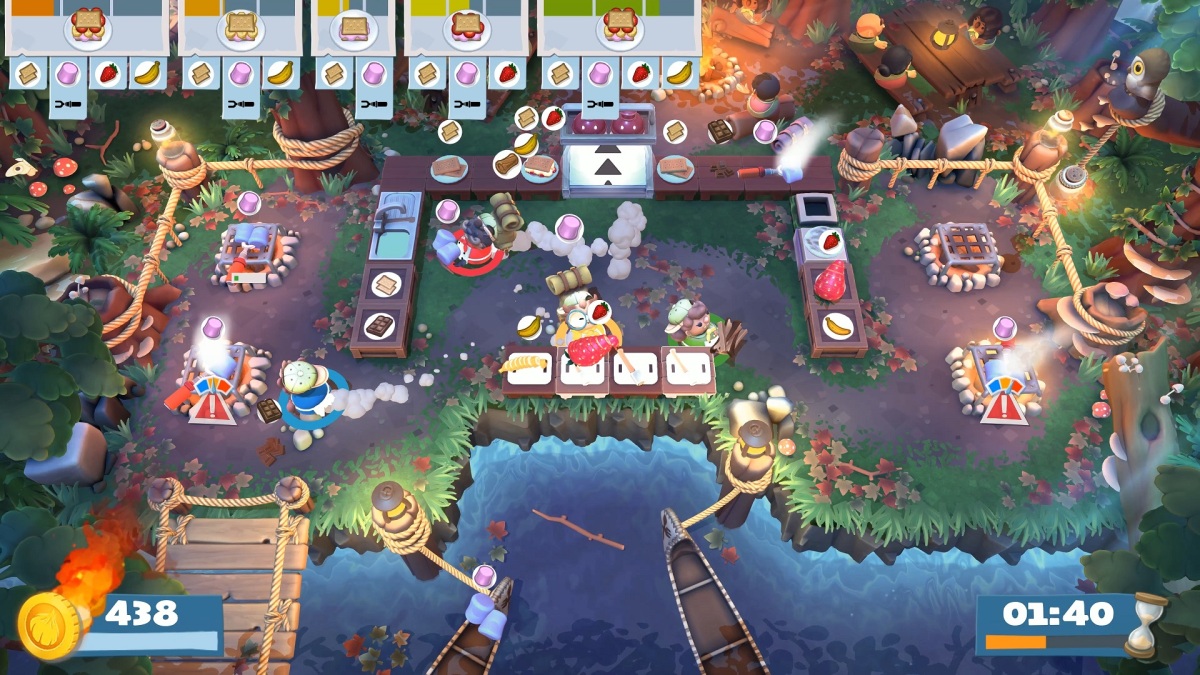 Team17’s brilliant Overcooked 2 gets another helping of DLC content in the shape of Campfire Cook Off. It’s out for all versions of Overcooked 2 – we playtested the Playstation 4 version.

Besides being a brand new DLC chapter for the game, Campfire Cook Off is also the first entry in a season pass expansion for Overcooked 2. This means you can get the expansion for a relatively lower price in a bundle, but more importantly – it means that there are plans to keep bringing out new content for the game.

As with the Surf ‘n Turf expansion, which we looked at previously, the new expansion feels like more of the same on the surface. It adds 15 new and well-designed levels to the game, three of which are secret “Kevin levels” that feature Kevin the dog – something else that was also in the base game. 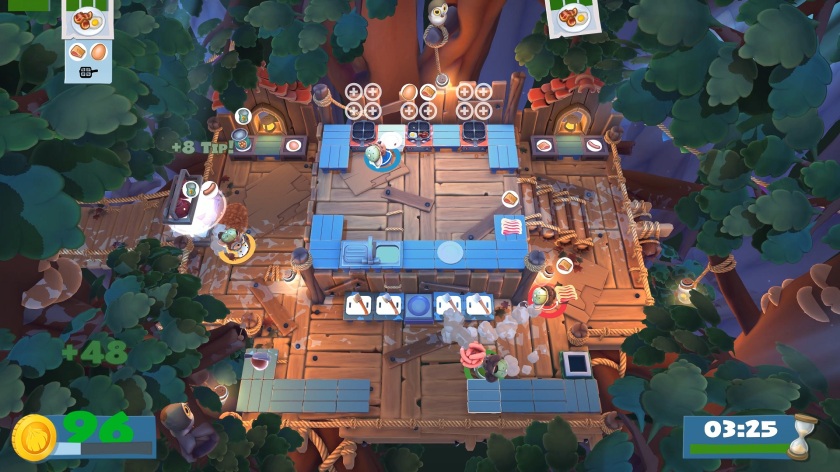 Just having “more content” would be a hard sell for a paid DLC package though, and like with Surf ‘n Turf there are a few gameplay tweaks that can really mix up the Overcooked 2 experience that you’re familiar with. As can be expected, these tweaks all have to do with the central theme for the expansion: outdoor camping, American style.

You’ll be chopping down wood to keep your camp fire going as you prepare the new recipes that come with the expansion: s’mores and a hearty breakfast. The level layouts are also themed around the outdoors, with the natural environment providing obstacles for you to manage as you cooperate with your fellow chefs. 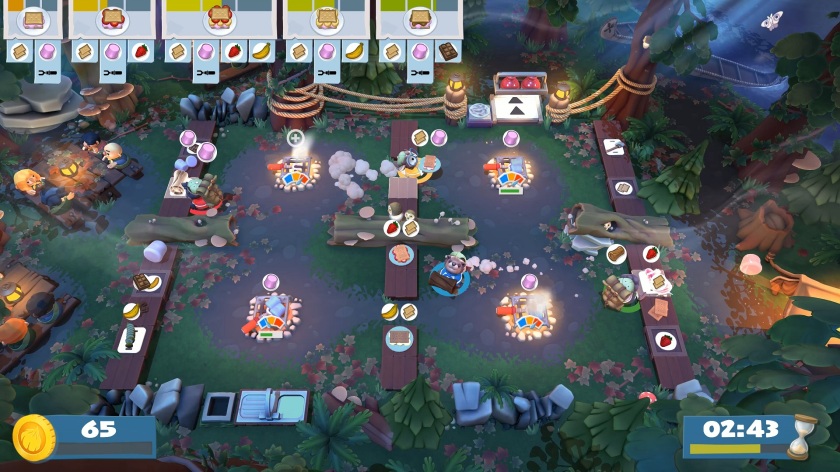 Another new dynamic is the use of backpacks, which means that one of the chefs can take an entire level’s supply of a certain ingredient on the go as he goes about doing other things. It’s certainly a nifty feature at first, but you soon discover that it adds a new layer to how you cooperate and communicate in the game.

As such, Campfire Cook Off is best enjoyed by those who have already mastered the game’s basics and are looking to mix things up a little. For those players, this is a great content pack, and one that will have them eagerly anticipating the next two parts of the season pass.