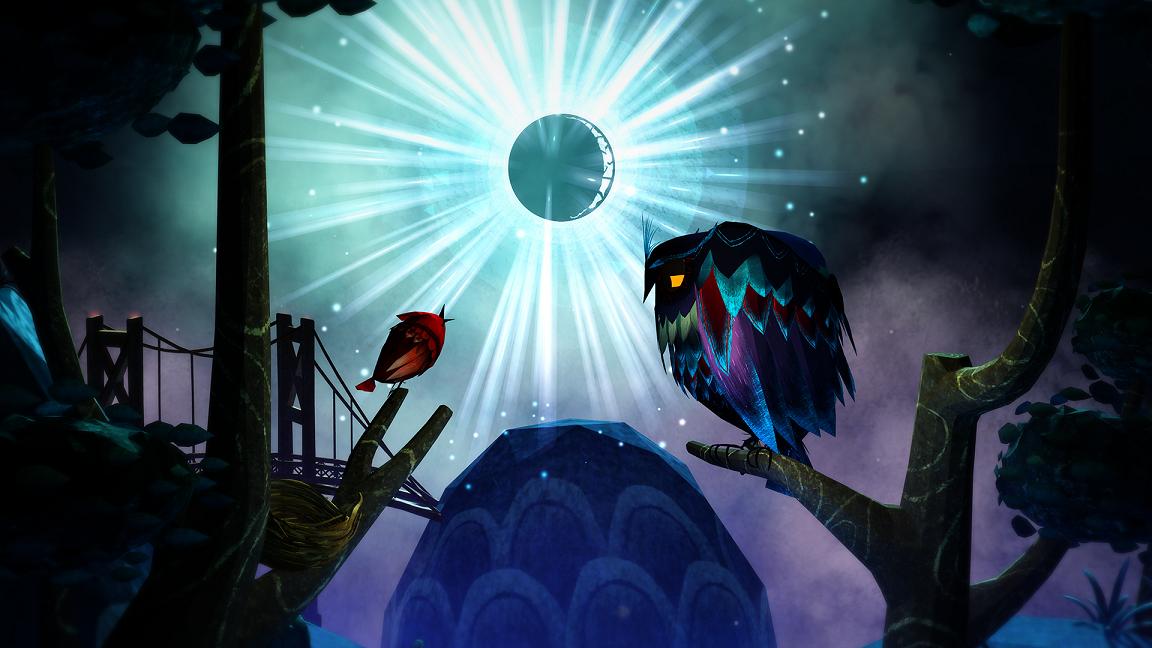 It’s certainly not new to see VR titles previously released on PC-based platforms appear on Playstation VR, but Funomena’s Luna is a little different. Time to take a closer look at the game, out now on the Playstation Store as a digital download and can also be played without a VR headset.

More of an interactive storybook than a traditional videogame, Luna features a small and colorful bird. As the moon is almost gone, a mysterious owl sways the little bird into eating the last little piece of it – thereby thrusting the world into darkness and whooshing the little bird far away from home.

It doesn’t take more than a second to realize that what you did was a mistake, and Luna becomes about fixing that mistake and returning light and life to the world. To do so, you have to solve a couple of easy puzzles – half of these focus on the stars, the other half on life on earth. After constructing a constellation while looking up at the heavens, you unlock the power to breathe life into environments on earth through the spirits of plants and animals. 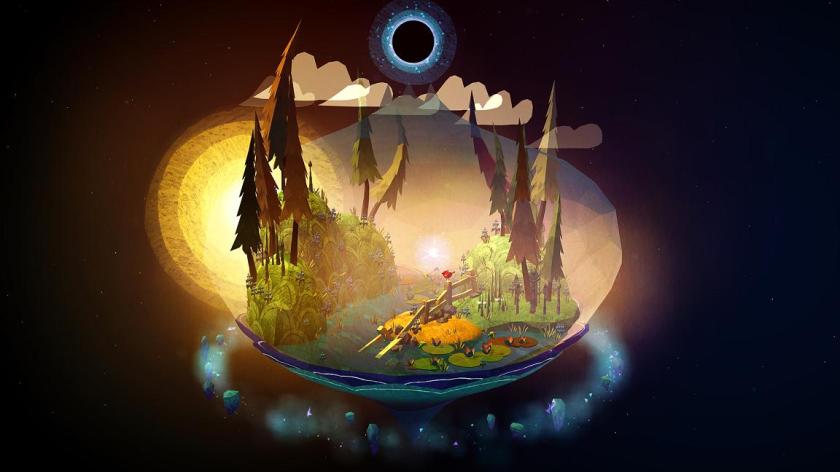 None of this is very hard, and so the story flows forward nicely – reaching its finale after just over an hour of gameplay. You control everything using either a pair of Move controllers or a Dualshock gamepad, although I’d strongly advise using motion controllers for this one as it feels much more natural and less immersion-breaking this way – keeping your focus on the story rather than struggling with the gamepad controls.

The team at Funomena has talent that previously worked on titles like Flower, so perhaps it’s not surprising that it’s a bit on the experimental side of things. Luna, at times, reminded me of the early PSVR title Allumette – which can be picked up for free and is a must see when it comes to how storytelling can work in VR. Luna is more interactive than Allumette, but both use VR effectively to tell a story using an enchanting art style.

Luna, even more so than Allumette, is a kind of fairytale that is best suited to a younger audience – seeing as how adult gamers could be discouraged by a lack of traditional gameplay and challenge, making Luna more of an experience than a game to them. This is problematic for two reasons – almost two years after the initial 2017 release of Luna there are plenty of VR experiences already available (and Allumette is one of them, and free), and younger gamers aren’t (strictly speaking) supposed to be using a Playstation VR headset. Of course, there is the option of playing the non-VR version – but part of Luna’s undeniable charm is its color-rich art style and how well it comes to life in a virtual reality environment.

As such, I could see Luna having a tough time finding its audience, even though it’s a charming little fairytale worth experiencing. But considering its price tag and the limited amount of content and replay value, it’s hard to flat out recommend it.