An expanded re-release of the game they put out last year, Koei Tecmo’s Attack on Titan 2: Final Battle is out now for Xbox One, Playstation 4, Nintendo Switch and PC. Our views are based on the Xbox One version.

It’s only been just over a year since Attack on Titan 2 came out at the end of March 2018. The new Final Battle release features everything that that game had, but adds a wealth of new content as well. The new content is spread across additional story content (based on the anime that is the source material for the game) and a squad-based campaign mode – both of which we’ll talk about later.

We should get the biggest issue with Attack on Titan 2: Final Battle out of the way first though, and that is that it’s been released at a full price point. It’s totally worth that, but if you already forked over the same amount for last year’s release then that’s a little much. There’s a solution for this in the form of a DLC add-on, but that DLC alone carries a hefty price tag as well – best described as ‘almost full price’. That makes for a pretty expensive experience for existing fans, rewarding those who didn’t jump on last year’s game rather than loyal fans – and that can’t be the idea, right?

With that out of the way, let’s see what’s new when you invest in Final Battle. For fans of the anime, the additional story content will be the main draw here. It’s not a direct continuation of the core campaign, but rather plays out like a few standalone chapters in the same universe. What that means in a practical sense is that you’re not picking up where you left off with your self-made character, but are made to jump into the shoes of extra characters that have been included.

For those who were very much invested in their own character this may feel like a letdown, but I enjoyed being able to play through the Attack on Titan universe from the perspective of some of its other characters. The gameplay is still familiar and the spectacle just as grand, so if you’re anything like me it’ll just feel like a breath of fresh air. 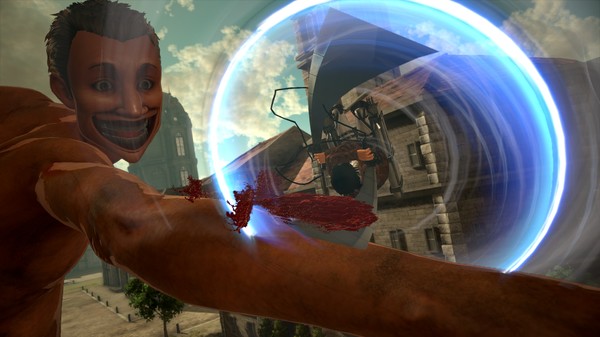 The other new mode that’s been included is dubbed “Territory Recovery” and is all about pushing back the Titans out of the territories they occupy, even if it means leaving the confines of the city. The combat is largely the same, but territory recovery adds squad-based elements as well. You recruit fighters to your cause, upgrade them in between battles and invest in better equipment for them. Nothing too spectacular, but the mode certainly elevates itself above a “skirmish mode” this way. It’s a good way to keep playing after you complete the (new) story content, and there are plenty of new weapons to play and experiment with as well.

It’s a shame that the pricing issue for Final Battle means that it’s tempting to overlook that this is a superior release of Attack on Titan 2. There’s been a big “remaster” trend going on for years now, but the timing of Final Battle might leave a sour taste in the mouths of anyone who paid full price for the base game just a few months ago. For anyone else, this is the perfect time to jump in.