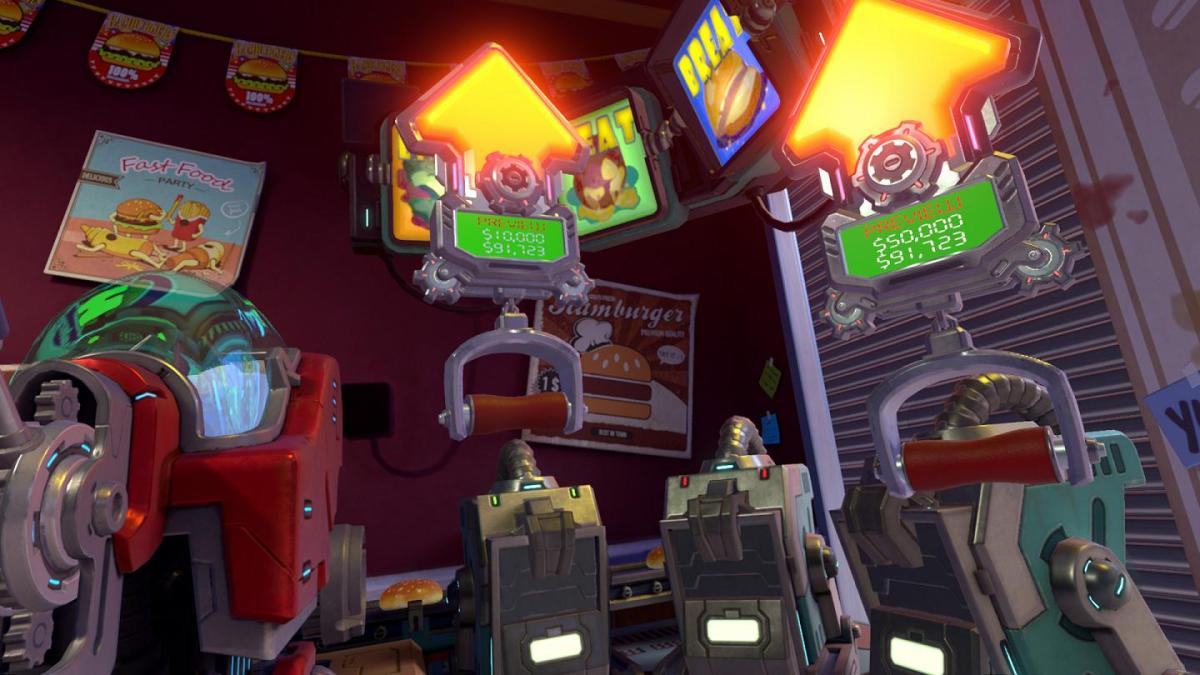 Winking Entertainment has expanded their PSVR catalogue yet again with the release of I’m Hungry – putting you in charge of processing orders at a small fast food restaurant/food truck.

One of the more prolific VR publishers out there, Winking’s surprised us in the past with titles like the escape room-inspired 18 Floors and the gorgeous Unearthing Mars 2. Their range of titles is also pretty diverse, and I’m Hungry is certainly something different for the publisher. Having you assemble fast food orders and combining burgers, fries and ice cream is a fairly casual and accessible experience, even though things can get hectic during later levels.

While unique for Winking, we’re seen similar PSVR titles in the past. Dead Hungry was such a title, and The Diner Duo was another – the latter also featuring local multiplayer support with the ability for a second player to control the server inside the restaurant using the TV. I’m Hungry doesn’t have this, nor would it have made much sense – the restaurant you operate out of is more of a food truck stand that has customers walking up to it rather than a sit-down kind of place. 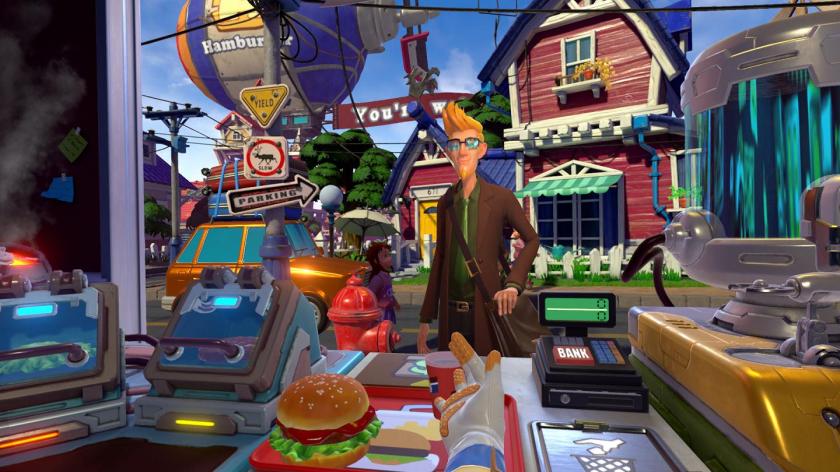 A variety of different customers will come up and leave their orders with you to fulfill – usually a mix of fries, burgers, drinks and ice cream. There are fewer than ten customer types in total, and even though they don’t always order the same thing it helps to visually identify them before they order – a kid will almost always want ice cream, for instance.

Whatever the order, it’s your task to make it and bag everything up as quickly as possible. Getting your condiments wrong is an instant fail, as is a wrong or missing item. One tactic that I found to be helpful is to have a few items already made and lined up – McDonald’s style. Sure, you might be handing out cold burgers, but the game doesn’t punish you for it and it helps a ton in decreasing the time it takes to process an order.

I’m Hungry features two locations, but you’ll spend the bulk of your time in a single spot before you unlock access to the second part of the game. To get there, you first have to go through a series of levels and this can become a bit of a grind. The formula of processing orders is the same for every level, but the number of customers and the complexity of the orders increases as you progress. 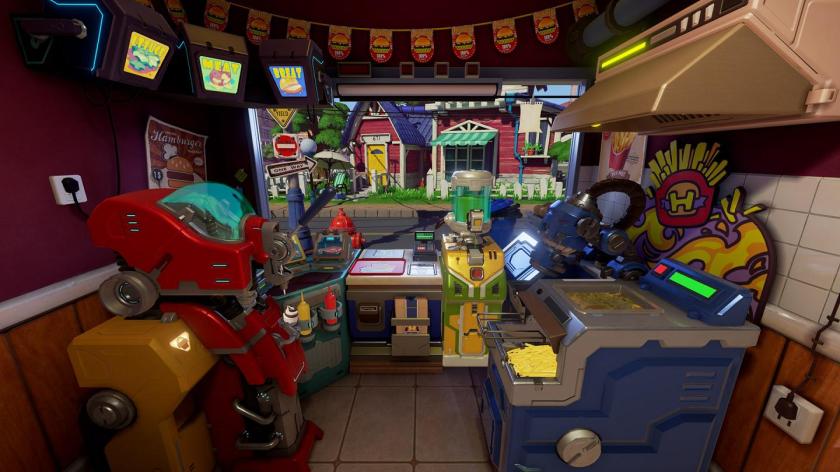 Special food items that you unlock later net you a little more money as well, but it’s another grind of a process to get to the point where you’re able to purchase a few costly upgrades for your restaurant. To avoid a sense of repetition this is a game best played in shorter bursts – as is also the case with Diner Duo and Dead Hungry.

Once you hit that second location, an extra layer of challenge is added through the fact that orders no longer stay visible as you prepare them – you’ll have to memorize them before they self-destruct, or have someone help you with this. It provides a sense of progression after completing the first phase of levels, but it doesn’t take long before you settle back into a familiar rhythm.

What sets I’m Hungry apart from similar games is the fact that the game looks great – detailed and cartoon-like visuals really pop thanks to a good use of color and animation, making it a “food prep” game that’s not just fun to play but also fun to watch. It doesn’t do much that we haven’t seen before and (thus) repetitiveness is a bit of a thing, but I’m Hungry is a solid entry in its niche genre that combines VR with (Move) motion controls well.