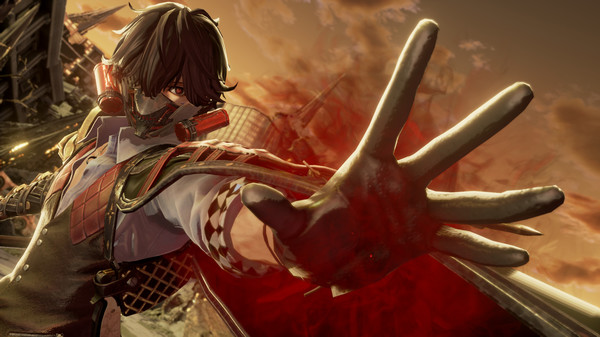 Bandai Namco’s Code Vein is out now for Playstation 4, Xbox One and PC. Often described as being somewhat Dark Souls-like with a vampire theme, how did this new Shift-developed action RPG turn out?

During Bandai Namco’s recent E3 and Gamescom presentations, it was clear to see the company’s two-pronged strategy – create the kind of beloved games based on Japanese franchises like Dragon Ball and One Piece, but also reach out to western gamers in particular with other titles. Man of Medan and Little Nightmares 2 were examples of the latter, and Code Vein sat somewhere in the middle. It features plenty of anime tropes and a visual style to boot, but also features the kind of action-RPG gameplay that’s been very popular for a long time now.

To be honest, I was hoping that Code Vein wasn’t going to be too much like Dark Souls, despite all the comparisons. From Software’s titles border on frustrating for me, with their high difficulty level, and the combat can feel a bit on the heavy (and almost sluggish) side when you’re used to playing more arcade-like action titles like Devil May Cry or God of War. Luckily, Code Vein ended up being just what I had hoped for, at least in terms of its combat. Things flow much more freely, your vampire abilities and weapons allow for more mixing and matching between long and short range attacks, etc.

Combined with the anime-like storytelling in the game, the gameplay is stylish and fun – and there’s plenty of content with a runtime for the campaign that was well in excess of 25 hours for me. Gameplay can feel a little inconsistent at times though, because especially in the last quarter of the game there are sudden difficulty spikes when you hit certain bosses. I could imagine this being tweaked with a few small balance fixes, but don’t be surprised if you suddenly hit a moment where frustration hits you.

Where Code Vein stays true to its Japanese developer’s roots is in its anime-filled storytelling. Aside from a rather bland main character, there are a lot of interesting (though sometimes over the top) encounters over the course of the story campaign. There are plenty of memorable confrontations and the fact that you partner up with another character certainly helps the dynamic as well. When played in online multiplayer this character can also be human-controlled, but we didn’t get a chance to test this out yet. 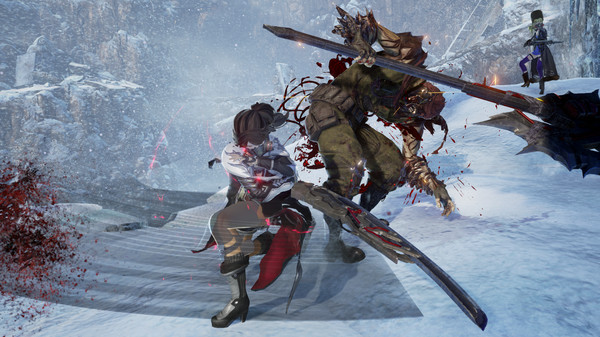 And yes, while the storytelling methods, narrative and free-flowing combat are quite different from Dark Souls, I do see the resemblance as well. As mentioned, Code Vein also features big boss battles, and you’re also collecting a sort of ‘haze’ left behind by fallen enemies to help you level up. But I’d be more inclined to invoke Darksiders than Dark Souls, seeing as how Dark Souls makes me think of a completely different style of game. Code Vein also features a handy in-game map that helps you find optional quests easily, something I remember missing in Dark Souls as well.

Despite Code Vein’s immense length, which can be pushed even further if you go for all the optional side content as well, there is plenty of diversity. The story provides some of it (although the writing and consistency of then narrative aren’t that great), but the environments literally range from fire to ice and from dry deserts to wet marshlands as well. What also enhances the game’s versatility is your ability to change your character class mid-game, a side effect of your vampiric nature.

I had a great time with Code Vein, which was just the right blend of action and RPG for me. The storytelling could have been better, but the combat was very enjoyable and it’s all presented in a very stylish fashion.