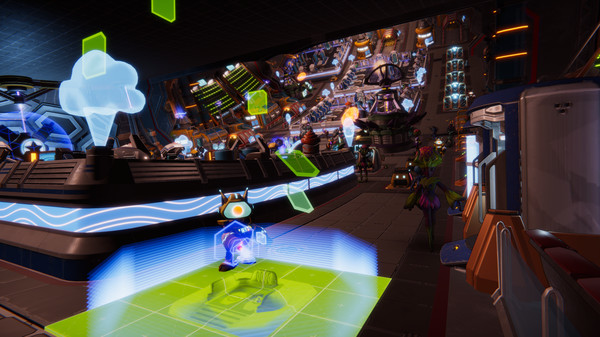 Recently announced, developer Realmforge Studios is working on Spacebase Startopia for Kalypso. We got an early look at the game in action.

The original Startopia was developed by the now-defunct studio Mucky Foot, which had team members that previously worked on ‘management sim’ classics like Theme Park and Theme Hospital. Kalypso’s re-launching the franchise with the help of Realmforge Studios, which we mostly remember for their work on the Dungeons trilogy.

The aim of Spacebase Startopia is to shape and grow a space station to become the ultimate destination to visit for those trading and vacationing in space. The base itself is divided up into three decks, each serving a different purpose. Your lower deck is all about the nuts and bolts required to keep things running aboard the station, while the bio deck is where you grow all the natural resources required to keep everyone alive. 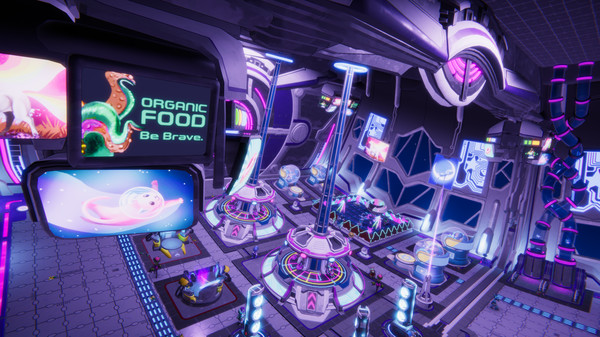 In between those is where most of the dramatic action takes place – the fun deck, where you entertain your guests looking to have a good time and/or a nice meal. If they need to receive medical care or want to trade with others, then that’s possible on your station as well. Some of them will have less than savory intentions though, and you’ll also have to battle competitors looking for a foothold on “your” space station.

We met with Realmforge’s Christian Wolfertstetter, creative director for the game, while at Gamescom in Cologne. Despite the full release for the game still being about a year away, a playable demo was available to help showcase some of the game’s dynamics.

From how we remember it (after all, it’s been 18 years), Starbase Startopia feels more like a reboot than a full on sequel to Startopia. A lot of the same game dynamics are here, the look and feel is familiar and even a lot of the unit types we saw were modern versions of what came before.

The core formula is largely untouched as well, and the short playthrough that Christian Wolfertstetter talked us through featured a lot of the base buildup features that were also present in the original game. Startopia was great as a more casual, silly sandbox experience, and Spacebase Startopia looks like it will fulfill that same role – inviting people to just play around with everything that’s possible. For the most part, at least, because the upcoming version also features combat – which will see you fighting off others with mech units in real time combat situations.

We didn’t get to see this in action just yet, but the fact that Spacebase Startopia features a full single player mode with 10 individual chapters is a clear indication that it’s not just going to be about a sandbox mode in which you craft your space station however you see fit. In a way, both of these (the combat and mission-based objectives) are aspects that we feel Realmforge is bringing to the table, with their experience in the (Dungeon Keeper-inspired) Dungeons series.

With both Dungeons and Spacebase Startopia, the team at Realmforge is clearly a fan of Bullfrog’s classic games (which also spawned the original Startopia). Because of that, we’re very curious to see how their new take on Startopia is going to pan out. If their work on Dungeon is anything to go by, then we look forward to the Q3 2020 release of Spacebase Startopia.