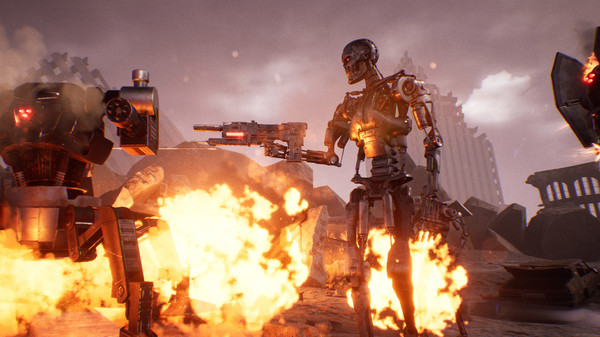 A bit of a surprise announcement just a few weeks ago, Terminator: Resistance does for videogames what Dark Fate did for the movie franchise. Here’s our review of the PC version of the game, which is also available on consoles.

As with Terminator: Dark Fate, the new Resistance game ignores all of the Terminator movies past the first two. But without giving too much away about the movie, the game doesn’t focus on the new cast members that are destined to start up a new resistance against a new enemy. Instead, it stays true to the Skynet and John Connor narrative of the movies and thrusts you several years into the future, fighting alongside the resistance as Jacob Rivers.

Like John, your relationship towards Terminators becomes highly personal when one of them kills off your entire squad, which starts up an original storyline that takes place against the backdrop of the war that Judgment Day was supposed to prevent. It’s not a stellar storyline by any means as it takes a back seat to the first person shooter action, but it’s certainly a fun “what if?” scenario for fans of the franchise even though it also kind of feels like a side story to Terminator Salvation. 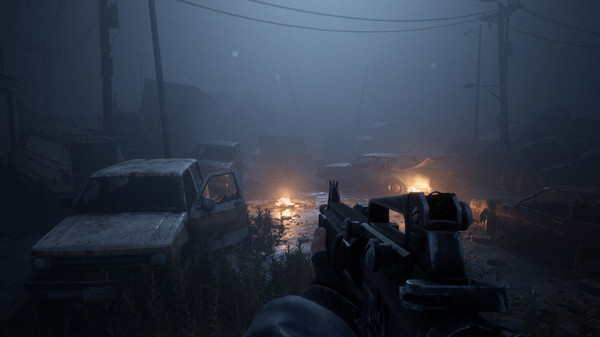 Developer Teyon (who previously made that not-so-great Rambo game) has added narrative elements to the in-gameplay portion of Resistance as well, which allow you to talk to characters in between the various action scenes. These present a nice change of pace, even though the dialogue choices you make and the relationships you craft through them are superficial at best.

Terminator: Resistance is mostly a linear shooter that was designed as a single player experience, and although a multiplayer ‘resistance versus terminators’ experience sounds like a potentially great idea I was okay with that. Resistance feels a bit like a low budget spin-off of the Terminator franchise that’s meant to be fun to play first and foremost, and it mostly succeeds while not relying on the star power of the likes of Schwarzenegger.

There are cases where alternate paths are offered in levels, and they mostly revolve around a stealthy approach versus the option to barge in with tons of firepower. The game’s relatively low difficulty level makes the direct approach a little too easy, which is a shame because stealth seems like it should have been a bigger part of what it’s like to be a resistance member – something that is demonstrated effectively early on in the game when you don’t have access to a lot of firepower just yet. Once you grab hold of the kind of weapon that the terminators also use, things become a lot more easy and you turn into a bit of a human terminator yourself. 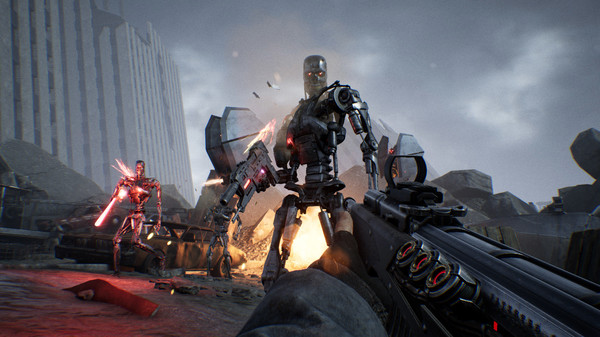 As a result, the upgrading and crafting mechanics in the game end up feeling underused and even unneeded, and part of me wondered if the game wouldn’t have fared better as a straight up action game without all these RPG-like elements. Having said that, it’s not like they get in the way either – they’re just… there. Which I suppose is also true of the enemies, which (as you’d expect from a machine race) features a lot of similar-looking robots for you to shoot. There are smaller ones like robo-spiders and flying drones, but the bulk of your enemies consists of the well-known humanoid killers we know and love.

Audiovisually speaking this is a game that is mostly unremarkable, but given an obviously limited budget I’d say that Teyon did a solid job of creating a world that fits with the legacy of the first two movies and the franchise as a whole. The use of elements from the original soundtrack is certainly one of the highlights of the game and adds a great deal of authenticity as well, and even though none of actors from the movies appear in the game there is plenty of voice acting and it’s been done well.

Terminator: Resistance is far from the best first person shooter out there, but it’s good fun for fans of the franchise who haven’t had a Terminator game in ages.