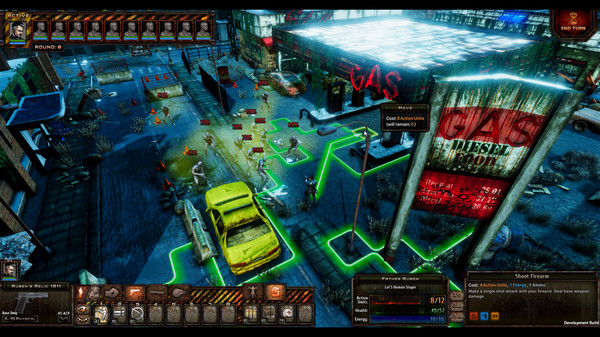 Graywalkers: Purgatory, developed and published by Dreamlords Digital, has just launched into Steam’s early access program. If you enjoy games like X-COM and Fallout, this is one to look out for.

Those who follow the Kickstarter scene might remember Graywalkers having a successful campaign over there as well, but it’s been a few years. In fact, the original campaign that didn’t meet its funding goal dates back to 2013 with the successful re-launch happening in 2014. That’s the window in which we were getting PS4 launch titles, to give you an idea. The fact that the game has actually launched into early access after all that time is a major milestone in itself for that reason.

Perhaps one of the reasons this took so long is that Graywalkers: Purgatory is an incredibly ambitious title, which on the surface looks a lot like X-COM and the recent Phoenix Point. The setting is different though, with a mashup of heaven, hell and earth causing an influx of supernatural enemies into our world. Your task is to unite the Graywalkers and unite the world against the invading forces, with combat being in the shape of familiar turn-based conflicts.

With more than a hundred abilities and items to find and unlock as well as multiple character paths, the campaign is set to be a grand story in a brand new universe. It’s not available in the current early access build though, which mainly consists of individual missions and little ‘prelude’ campaigns that introduce some of the characters that have roles in the main story campaign.

Although the combat has been heavily inspired by the game that came before it, I’m always up for more games of this type, and Graywalkers: Purgatory promises an interesting setting and backdrop. The current early access version is missing the campaign that should help players to really get drawn into the universe of the game, but you can already tell the combat is geared towards X-COM players – that’s the group that should keep an eye on this one, and if you can’t wait you can already dive into the early access version.