Just before we switched to February, publisher Games Operators launched a Kickstarter campaign for Rustler. Read on to find out this is a product you want to get behind.

Rustler can be described as part Grand Theft Auto, part Bully and part Stronghold. It goes back to the roots of the GTA franchise in the late nineties with a top-down view of the action, but switches up the backdrop to a nitro-charged version of medieval times. Here, you can be up to all kind of no good – which includes things like launching cattle in a catapult. You can either follow the storyline, or just go around and cause anarchy. 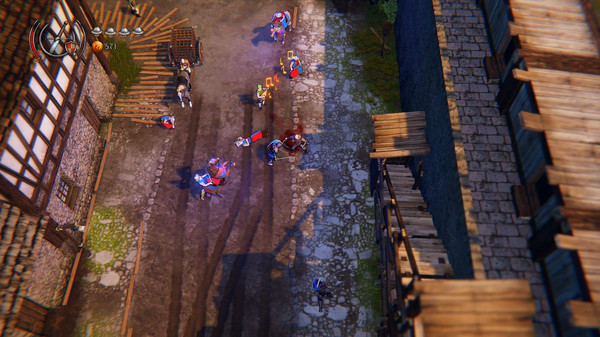 Although the developer’s claiming the game is completely historically inaccurate, the setting does allow for plenty of novel ways to cause mayhem – and getting around isn’t done by car either. Instead of having a variety of guns, you can wield swords, fire crossbows or just use the time-honored tradition of punching people in the face. And remember that car stereo in GTA that you could use to switch radio stations? Rustler has a bard who follows you around, and if you don’t like the tune he’s singing you can just use that same punching ability to make him sing a different tune – literally.

Rustler certainly doesn’t take itself too seriously, and that includes its gameplay mechanics and historically inaccurate setting. We had a bit of hands-on time with the game already, and quickly found ourselves straying from the main narrative path just to see if it would be fun to try and light some things on fire. Turns out it was.

The Kickstarter campaign for Rustler only just started, but it’s already close to halfway towards its target. Find out more on https://www.kickstarter.com/projects/gameops/rustler-medieval-grand-theft-horse 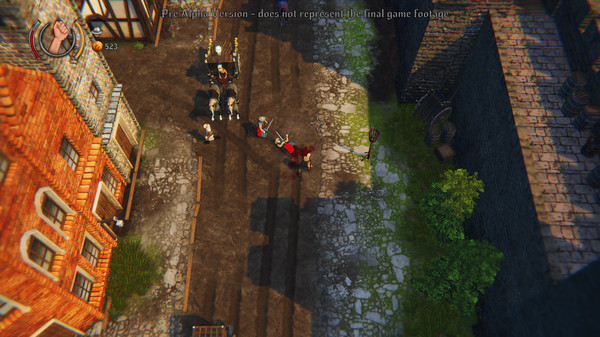