Time for another quick look at a selection of indie games that had recent release dates but snuck by us initially. This time, we’re checking out Castle Pals by Brad Erkkilla and Ratalaika’s as well as the VR exclusive Down the Rabbit Hole by Cortopia Studios.

Castle Pals was just released for the PS4, Xbox One and Nintendo Switch last week by Ratalaika Games, and we played it on a PS4. You may be thinking that we usually review Ratalaika’s ports on a PlayStation Vita and we didn’t mention that version, and that’s absolutely true. While we assume Castle Pals can technically run without too much trouble on a Vita, trouble on Sony’s end with their QA process means that we won’t be getting a Vita version of this particular game.

Switching to a PlayStation 4 for the occasion, Castle Pies sees two friends (Owen and Kylee) try to tackle the challenges that a haunted castle throws at them, in a series of 36 challenging platforming levels – which more levels unlocking if you manage to find three large crystals that are hidden across the first three acts of the game. 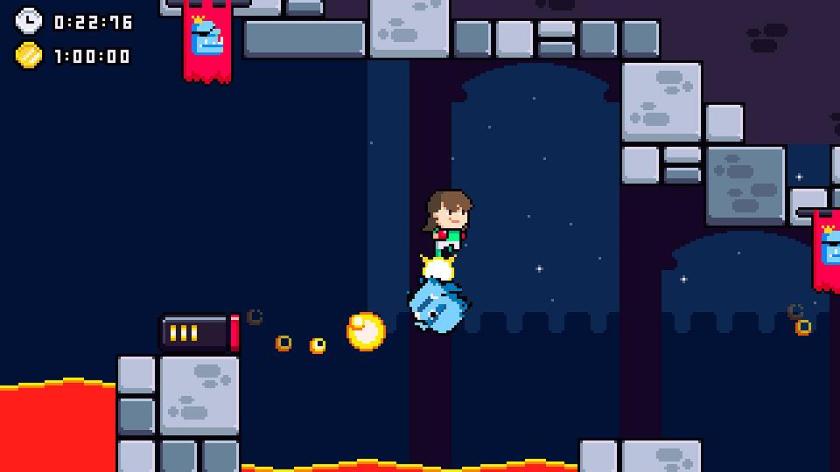 The levels are split between the two characters, and Kylee’s adventures play out like many other platformers – jumping past obstacles and punching enemies in the face, if you don’t land on their heads first. Owen can definitely do the latter, but does not have an option to attack. Instead, he has the ability to fly across gaps and upwards using his fancy propeller hat, which makes for some novel platforming action.

Things quickly become more and more challenging, but most levels are relatively short and have save points at roughly the half-way mark. Get through about half of the regular levels, and you should also be done with the game’s trophy list – making this another trophy hunter’s delight from Ratalaika.

Down the Rabbit Hole

Cortopia Studios’ Down the Rabbit Hole is a title that we first encounter under a different name, as it was marketed as An Adventure in Wonderland during trade shows last year. It’s based on Lewis Carroll’s famous works, but perhaps the name change was to reflect that it doesn’t center around Alice. Instead, it’s a VR adventure that unfolds before Alice ever sets foot in Wonderland. It was previously released on PC-based headsets and on the Oculus Quest as well, and last month it finally received a PSVR port. We checked out the latter this past weekend and came away impressed. 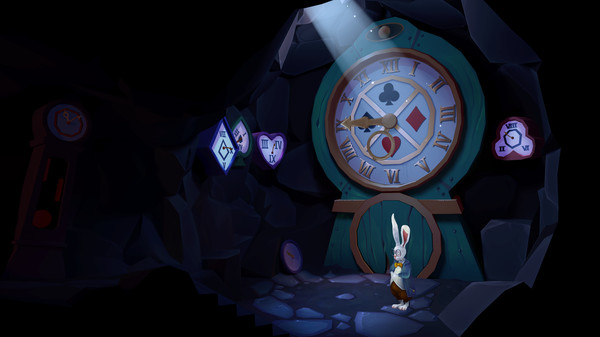 Although not centered around Alice, Down the Rabbit Hole features plenty of visuals and mechanics that will remind those familiar with the books and Disney adaptations of what you’ve previously read and seen. You play as a girl chasing after her cat Patches, and the Wonderland setting allows for some playful exploration with things like a sense of scale – something that VR conveys very well.

Displayed through a series of dioramas, you have to solve (mostly casual) puzzles and provide narrative choices to progress through the story – which also provide you with an additional main quest in having to retrieve the missing invitations to the Queen’s part, lost when you crash landed on top of them upon your arrival. You don’t need to find all of them, but the more you find the better the ending that you unlock at the end of your quest.

The gameplay in Down the Rabbit Hole reminded me of the excellent The Gardens Between and The Curious Tale of the Stolen Pets, both puzzle games with very simple controls to help you interact with the world around you. Experimenting is encouraged, as it might be the key to finding another invite, though the puzzles themselves are usually fairly straightforward in terms of what you need to interact with to progress. Although you can go back and look for more invites, a single playthrough (with a decent amount of looking around for invites) is only about two hours long, making this a short VR experience – even though that’s kind of the norm in VR.

In terms of immersion it’s a shame that the PSVR version only allows for DualShock controls, since poking around at things is always best enjoyed in VR when using some kind of motion controller. The upside is that it’s easier to control the girl this way though, so it’s a bit of a trade-off. If you enjoyed some of the other titles we’ve mentioned in this review, then you’ll want to give Down the Rabbit Hole a try!