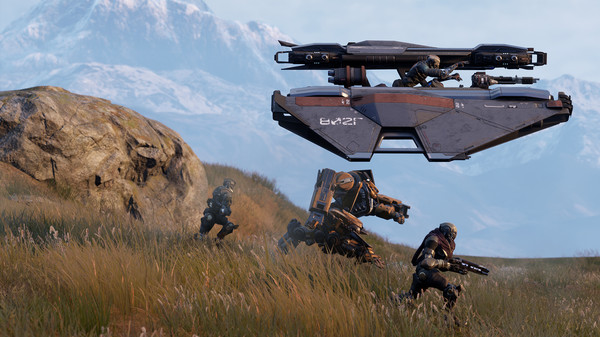 V1 Interactive’s eagerly anticipated debut title Disintegration has landed, and we played it on a PC ahead of its launch. It’s also available for PS4 and Xbox One for console owners, but we couldn’t resist the old mouse and keyboard approach for this shooter/RTS hybrid.

Disintegration premiered about a year ago at Gamescom, which was also a bit of a premiere for the new Private Division label that Take Two had introduced. Possibly their highest profile title at the show (though many rightfully fell in love with The Outer Worlds instead), it was to mark the return of Halo co-creator Marcus Lehto to the shooter genre with something quite different from the norm. In that sense, Disintegration certainly doesn’t disappoint, though it doesn’t quite make the mark we were hoping it would.

What I definitely remember from that first presentation of the game is that I was instantly sold on the premise, but had a hard time connecting to the game once I got to the actual hands on part – which felt like it needed a learning curve I had somehow missed. The background story, however, stuck with me. The process of ‘integration’ that the title refers to is the ability to preserve the human brain inside the shell of a futuristic robot body – a bit like taking RoboCop to the next level, with a ton of sci-fi abilities at your disposal. 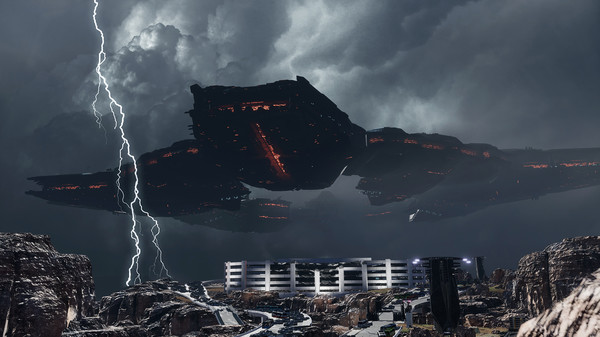 It’s a procedure that was originally designed to help humankind survive, but as time went on a movement rose that didn’t feel like this should be a temporary measure at all – the original idea being that humans would go back to their flesh and bone versions at some point. Now, a group called the Rayonne is trying to wipe out the still existing human resistance to make sure this process of ‘disintegration’ never happens, and that’s where you come in. You’re Romer Shoal, and as a former Gravcycle (sort of a big hoverbike) pilot you’re in charge of a resistance cell hoping to hit back and start humanity in its original form back up again.

Because of ‘integration’, your resistance forces are comprised of robots, and you’re their commander, issuing commands and telling them where to go and who to attack – much like you would in a real time strategy/tactics game. Only here, you’re not an all-powerful mouse pointer, you’re part of the unit and on the battlefield yourself. This means you’re constantly switching roles between being a soldier yourself and being in charge of your team – neglect the latter and you’ll likely suffer a quick defeat as your forces get overrun. Awareness of the battle arena and where everyone is within it are crucial elements, and winning isn’t just a case of aiming your gun and pulling the trigger at the right time – it actually feels like you’re in command and helped your team succeed when you emerge victorious.

Managing all the different skills within your team is overwhelming at first – a bit like learning every role in a team-based shooter at once rather than getting comfortable with one and moving on to another. This is what took me back to that initial play session with the game last year, when I experienced that learning curve by being thrown in at the deep end and found myself just going with the primal instinct of shooting everything that moved instead. Disintegration, in its final form, doesn’t completely take that feeling away, as your AI teammates (they’re not mindlessly sitting still when not issued orders) can sometimes display behavior you weren’t counting on – leading to frustration, especially during the more challenging scenarios. I assume that, over time, this AI behavior will be more refined or can be tweaked to suit a player’s gameplay style so there are fewer awkward surprises. 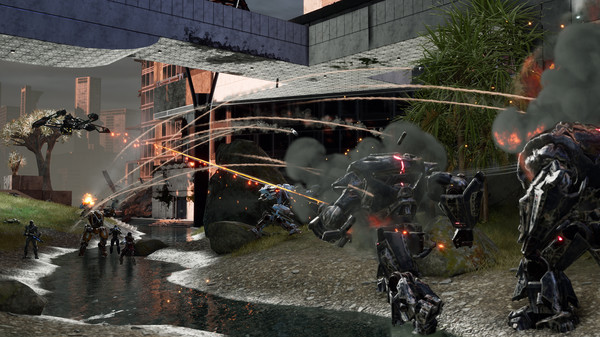 The balance between strategic gameplay (where you issue orders) and gunplay (where you do your own shooting) changes depending on the difficulty level you select. If you come from a traditional first person shooter background, then starting with the lower difficulty levels is a smart thing to do. You’ll have more firepower as Romer, but issuing orders is still a part of the gameplay. Move up to a tougher setting, and being the captain of your squad becomes more and more crucial to success as your own guns lose some of their impact.

Despite the strong premise, however, Disintegration never quite gets off the mark as a story-driven sci-fi universe players will feel invested in. Many of the story beats are underwhelming, and there are a few instances where you’ll feel like they missed a few opportunities to build out the world and its characters more. V1 is a small team, but this is a way in which Disintegration feels like that smaller scope hurts it a little. It’s much easier to forgive that the visuals aren’t as polished as those in sci-fi robot games like Titanfall 2, because even the smallest indie production can have a killer plot – this game doesn’t.

Disintegration also supports online multiplayer with modes for teams of up to five players a side. We didn’t get too much time in with its three modes yet (the deathmatch-esque Collector, Zone Control and the protect/escort-focused Retrieval), but the game’s unique mechanic of blending shooting with strategic decisions didn’t shine through right away. Perhaps this is because of people’s backgrounds with traditional shooters and things will change over time, but our experience was that online multiplayer actually worked best with fewer people involved because people don’t naturally work together as a squad right away. Teams who have plenty of hours on the battlefield together will no doubt fare better, but as with the single player experience it feels like there’s some untapped potential here.