Today we’re looking Gear.Club Unlimited 2 – Tracks Edition, a re-release of a Switch-exclusive title that was originally released back in 2018 as one of the rare non-kart racers on the system. How does it fare in 2020?

Before that release, developer Eden Games and Microïds had already brought out the first Gear.Club Unlimited for the Switch, but that was criticized heavily for feeling like a mobile port rather than a console title. The visuals looks decent enough, but a lack of online multiplayer options and short generic tracks hurt its appeal.

The sequel fared better in this sense, although multiplayer support wasn’t patched in until later. Content-wise it was also richer than the first game, but the new Tracks Edition really unlocks the full potential in this sense, with a ton of additional circuits to race on and cars to step into. It’s also fully embraced multiplayer by not only adding head to head racing but also including online leaderboards that let you compare times for every combination of track and car you can think of. 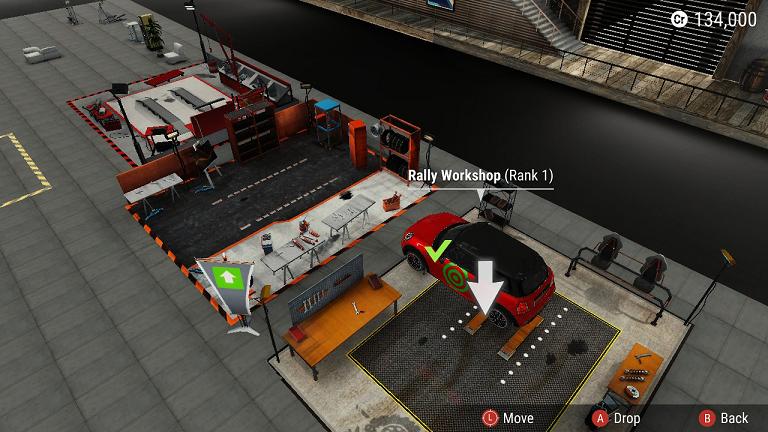 Gear.Club Unlimited 2 also features a campaign mode for those playing this in single player, but the best feature about the game is its support for local multiplayer for up to four players. We know Virtua Racing offers an eight player split screen option, but there are very few options for arcade racing on the Switch that support this and local multiplayer is probably the best way to enjoy Eden Games’ Switch racer.

But while the inclusion of split screen support is great, Gear.Club Unlimited 2 has some technical issues. In-game performance is mostly smooth aside from a few small drops in framerate, but long load times make it take a while before you get there. The controls also need to be tighter and feel a little too floaty compared to bigger cousins like Need for Speed or even the recently released Switch version of Burnout Paradise.

Tinkering with the steering aids helps a little bit, but controlling a car ultimately ends up feeling either too easy or too unforgiving unless you spend quite a bit of time finding a sweet spot that works for you. It’s great to have such a high level of customization, but it shouldn’t be required in what’s essentially an arcade title. For a more casual experience, you can also use the controller’s gyroscopes to play with motion controls – which isn’t the best way to play but certainly a fun way when you have a couple of people over.

There is a good amount of diversity when it comes to the track in Gear.Club Unlimited 2, especially with the new Tracks content included (which features the Le Mans circuit, amongst others). Most of the backdrops in the game lack the richness we see in other games though. Something we’d normally chalk up to a lack of horsepower on the Switch, but having Burnout Paradise to compare it to doesn’t help the game in that regard.

If you enjoy tinkering with your cars and customizing their look then the game certainly has you covered with its workshop-oriented structure. All of this ties into unlockable components as well, encouraging you to keep playing in order to increase your level and gain access to more components. If customizing is important to you then having to unlock a lot through actual racing can feel like a grind, although playing through the campaign should help you quite a bit.

The Gear.Club Unlimited 2 – Track Edition is a solid and content-rich package that’s being sold at less than the price of the original release despite offering far more content and features. It won’t sway people who are already playing Forza, Project Cars or Need for Speed on a more powerful console, but if you already own the remastered edition of Burnout Paradise on the Switch then this is a decent take on the genre for a console where racing enthusiasts aren’t spoiled for choice.