Released just in time for the launch of the Quest 2 headset, Little Witch Academia: VR Broom Racing is a timed exclusive for the Oculus headset that also works on the original model. We’re taking a look at the game using a Quest 1 headset.

Little Witch Academia: VR Broom Racing is a license-based title, but I am not familiar with the original anime production. The game isn’t terribly heavy on lore though, so knowledge of the base material isn’t a requirement. I’m guessing it does help though, since the in-game characters are being voiced by the original voice actors in the game – and this is true regardless of the language you play the game in (Japanese and English dubs are available).

In the game, you’re attending a school for magic and witchcraft (and no, despite the broomstick racing it’s not Hogwarts), where you’re a guest. Because of an abundance of ‘magic power’, broomstick races are being held for the students and their guests. It’s a paper thin excuse to stage a couple of races and there’s narrative content in between the events, but if you’re just in it for the racing then you’re fine just ignoring those. 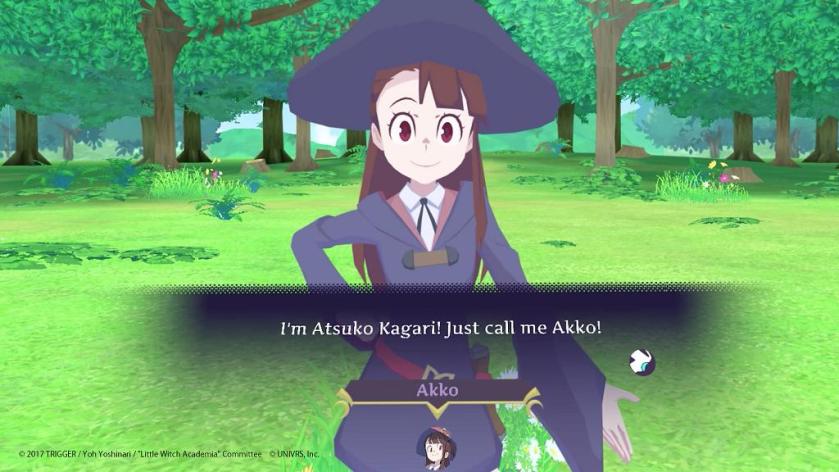 Headphones are a must for the narrative cutscenes though, as they take place from a first person perspective and require you to look at whoever is talking to best enjoy the narrative (and see the subtitles). Without a good pair of stereo headphones or earbuds, figuring out who’s talking can become a bit of a chore in the process, and it feels much more organic with positional audio.

A similar control mechanics translates to the in-game racing as well, where the angle of your head determines which direction you fly in, leaving one hand free to use as a magic wand to launch attacks during “ghost hunt” events. You can opt for thumbsticks instead, but it feels less immersive to do so. Over time, you can upgrade in order to become competitive in regular events as well, but the in-game racing never quite takes off as a fully featured concept – you’d think that magic plays a big factor, but items are limited to speed boosts and spider webs to slow others down.

As a racing title, Little Witch Academia: VR Broom Racing is functional but a little underwhelming, with a lack of depth and variety to the races, plain graphics even for a VR title and enough alternatives out there to enjoy. As a tie-in, I’m sure it’s lovely for Little Witch Academia fans to enjoy their show from a VR perspective, but don’t expect anything that will leave a lasting impression on the gameplay front. 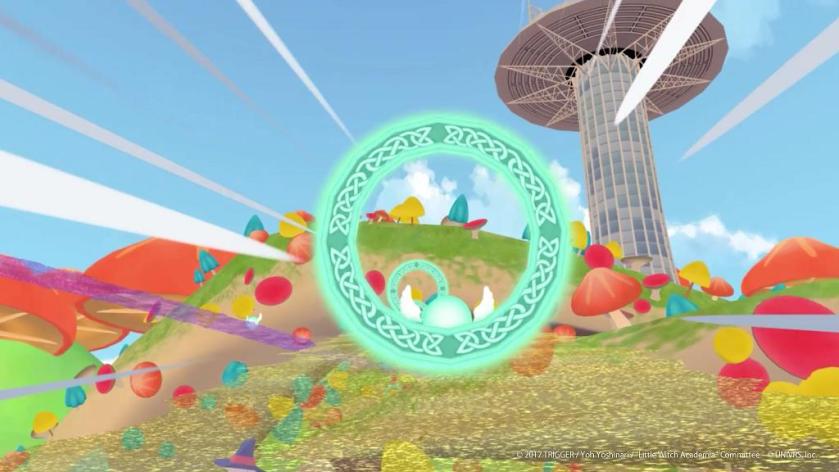