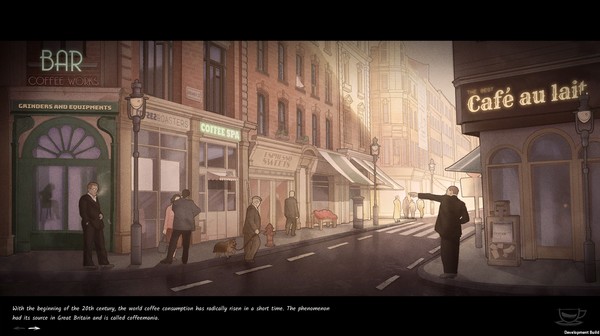 The indie scene is often a breeding ground for interesting new concepts, not rarely fusing two or more different genres together. An interesting new take on this is Coffee Noir from Polish-based developer Doji, a game that’s also dubbed “business detective game”. It brings together the business elements of running a coffee business with a detective story in a film noir style, while also incorporating visual novel elements. We got in touch with Jakub Ryfa, the producer of the game, to find out more.

How did the idea for Coffee Noir and its blend of genres come about?

The idea for such a mix came into our minds at the very beginning of our company’s existence. Together with my thesis supervisor (now the CEO of Doji) we wanted to create an educational game that will teach business management in an unusual, entertainment-based way. We both like tycoon/management games and great stories so it naturally came into our minds that it might be possible to mix them together. At the beginning it was really tricky though, to merge them in a swift way, but over the course of years, thanks to our whole team, I think we’ve managed to combine it quite successfully. 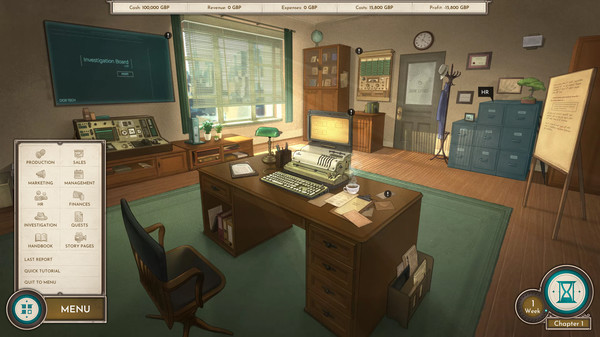 Who else is on the team?

The core team consists of me, Jakub, as a producer and game designer. There’s also Szymon, our CEO as engine and story designer, Anita as PM and game/story designer, Ola as our art lead, Łukasz as the economic engine designer, Kamil and Maks as game designers and Karol as a game developer. We’ve also used some external help (Piotr in writing, Michał in music design and Daniel in 2D art).

Why a coffee business?

We have built the history of the game world on the basis of a concept, where in an alternative world coffee consumption and its trade are of great importance for the economy, much more than in “our” reality. You could say that this is the most popular business in the Coffee Noir world. Besides, we wanted it to be associated with the film noir atmosphere… the simplest associations are: cigarettes, suits, coffee and jazz music. We put our bet on coffee. 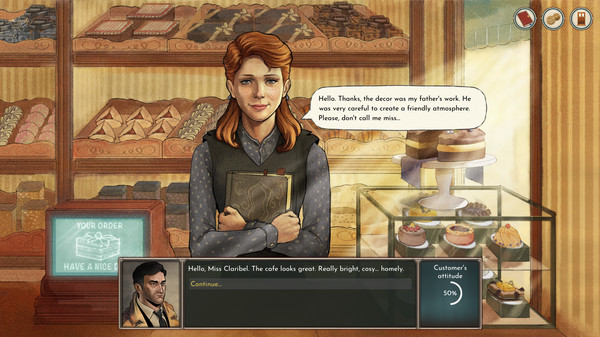 Those who aren’t fans of visual novels will often cite that it’s because of “too much reading”. How does Coffee Noir work around that?

We’re aware that our game will not fit every player – the gameplay still requires thoughtful decisions and some amount of text reading. We tried to lighten the experience by mixing a few different mechanics, not to burden players only with visual novel style conversation – so between them you have to manage your company by visiting different sections of the game (like sales, HR and task management) and take care of the investigation/story part. We think that by combining such distant genres into a coexisting system, we achieved some balance between those different parts of the game, so the player can take a rest from the one while being in another.

The game also tries to strike a balance between business sim and crime solving – how will players experience this?

Our goal was to balance the game in such a way that the player would not be overwhelmed by the management part of the company, but at the same time felt that the progress in running the company is helping him in the investigation. We wanted to please fans of oldschool tycoon games, but also to convince fans of role-playing games and visual novels that the strategic and management part of the game can be equally intriguing. You could say that the management aspects of the game “unlock” new possibilities in the investigations – i.e. gives us the opportunity to meet with a new business partner, who is a suspect in the case.